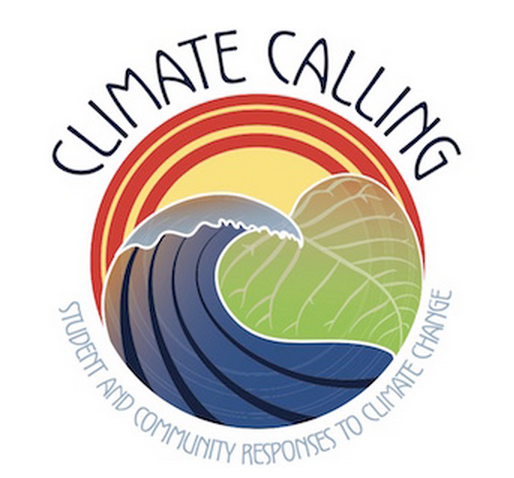 Professor of Religion Chris Doran said the school received funding from a donor to host this conference for two years. However, he said he hopes to receive the funding to continue hosting this conference in upcoming years.

“Last year’s Climate Calling conference was largely Pepperdine-centric in its focus,” Professor of English John Peterson wrote in an email. “We wanted to focus that event on establishing a foundation here on campus; however, the long-term vision in moving forward with the Climate Calling initiative involves community building and outreach in order to deepen the impact. Beginning with our local community is a good way to initiate this process.”

Peterson and Doran co-organized the conference. They reached out to Community Library Manager Melissa Stallings to make the keynote address part of the schedule for the Malibu Library Speaker Series.

“We are used to doing the Speaker Series with the city of Malibu, so it is usually a collaborative effort between the county of Los Angeles Public Library and the city of Malibu, and for this particular one, we are excited to also include Pepperdine,” Stallings said. “As a city-wide event, bringing in a very well-known person, it’s been really fun to work with the three organizations.”

The event was in Elkins Auditorium, which Stallings said is a venue that is much bigger than the other events in the Speaker Series the library hosts, typically in City Hall. She also said that the process of working with the University to put this event on has been smooth, and that she hopes to do something similar in collaboration with the Pepperdine in the future.

Peterson wrote that McKibben is a key figure worldwide when it comes to climate activism. He addressed attendees on the first night of the conference in Elkins.

“His significance as both an environmental writer and a climate activist, as well as the role that his faith has played in shaping his work, made him the ideal candidate to deliver our keynote,” Peterson wrote. “It’s a big moment for Pepperdine.”

Doran said he is excited that McKibben about interacting with the Pepperdine community and giving his input as a speaker who is prominent internationally.

“Pepperdine and Malibu don’t always get along, but this is an issue which we could sort of partner really easily together,” Doran said.

“I think the conference is important because it’s like a neon sign that says, ‘Hey, we need to fix this problem,'” sophomore Wesley Ervin said. “That is something we definitely need. Without this conference, how would we know about the work that is being done and the work we still need to do?”

Other students agree that climate change is an issue that needs to be addressed.

“It is so important to bring awareness to environmental issues so that everyone can take small steps towards being environmentally friendly,” junior Belen Castillo said. “There is so much waste that humans create on a daily basis without realizing it. Popular culture tends to downplay the importance of climate change and other environmental issues, but bringing in professionals who can present their arguments and research in a constructive way leads to less ignorance and more action.”

The second night of the conference revolved around a film screening of “This Changes Everything,” which calls people to face climate change and work to prevent it from continuing to occur. Doran said the film examines “the most pressing issue of human civilization.” The final night of the conference was for student presentations. Students from Religion, Science, SAAJ and Communication Theory classes presented.

Doran said. the second night focused on the economics of climate change.

“I think it will be good to just start a conversation that students get to continue on about why this is the most pressing issue for humankind right now,” Doran said.

Doran said he hopes many people from both the greater Malibu community and the Pepperdine community attend the events of the conference. He said it is a great opportunity to learn about the issue of climate change and to begin thinking of how to make a positive difference in fighting this issue.

“I feel it is important to attend these type of events, because it helps to raise awareness,” junior Alexis Padilla said. “Many people hear talk about global warming, however do not actually know how or why it is occurring. If people were actually knowledgable about the topic, they would feel more inclined to take action.”

Doran wrote in an email that as the effects of climate change become more apparent, “it is morally imperative that people of faith at Pepperdine articulate and enact coherent, creative strategies that focus on climate change mitigation and adaption. Since climate change disproportionately impacts the poor and dispossessed of the planet, it is essential that we see Pepperdine’s mission as theological motivation to enter into the global discussion and act now.”