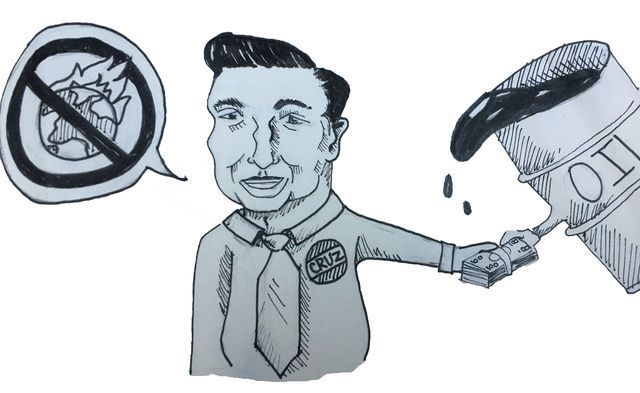 National Geographic recently released their compelling documentary regarding climate change titled “Before the Flood,” featuring Academy Award winner Leonardo DiCaprio. The film follows DiCaprio as he explores the impact our carbon footprint has had on the earth and the ways in which companies like Tesla have innovated technology that could detach the world from its dependence on crude oil.

The world’s addiction to crude oil, as the film argues, has had irreversible damages to our ecosystem and biosphere as the utilization of oil dispels the harmful greenhouse gas CO2.

While the film offers solutions and methods for protecting our planet, it also addresses a central problem regarding America’s reluctance to embrace clean energy. Greedy oil companies in America have used millions of dollars in efforts to influence public policy that benefits the fossil fuel economy while stifling clean and renewable energy policies.

Arguably the biggest proponent of America’s continued reliance on fossil fuels comes from Republican congress people and presidential candidates who are bought by major oil companies to publicly denounce climate change as a hoax. This would explain our nation’s begrudgingly small angled pivot toward implementing clean and renewable energy policies where America has consistently lagged far behind European countries.

Former Republican presidential candidate and Sen. Ted Cruz of Texas has been one of the most outspoken opponents of climate change, even claiming that it is not science but a religion. Ironically, the website OpenSecrets shows Cruz as the top beneficiary of oil company donations, with contributions into the millions.

OpenSecrets has also documented big oil companies like Koch Industries, Chevron Corp., Exxon Mobil and others hemorrhaging tens of millions of dollars toward conservative think tanks, conservative Super PAC’s, and to ultra-conservative Republicans. Ted Cruz is not alone in receiving money from oil companies and Koch-backed conservative groups. According to OpenSecrets of the top-20 recipients of fossil fuel money, 19 of them are republican members of Congress including Paul Ryan, Marco Rubio and Jeb Bush who have each defended the coal industry and shown reluctance to embrace climate change.

It’s no coincidence that the top climate change deniers have monetarily benefited from oil companies’ profits. This connection is a tactic employed to push the oil business agenda into public policy through paying ultra-conservative Republican congressmen to publicly deny climate change and promote state and federal policies that bolster the fossil fuel economy. This keeps our nation reliant on fossil fuels that harm our environment and deepens our need for foreign oil from the Middle East, while conveniently putting money into the pockets of the big oil firms.

“Before the Flood” demonstrates how other countries like Sweden have shifted their energy economy to become based on clean and renewable energy, with only 20 percent of their energy coming from crude oil. It also discusses how Belgium has maximized its wind technology to sustain the entire population.

German Chancellor Angela Merkel’s “Energiewende” nation-wide policy to bolster clean energy while phasing out fossil fuels has been lauded by an article by Jessica Shankleman published in Bloomberg last May titled “Germany Just Got Almost All of Its Power From Renewable Energy”. European countries like Germany have created enough clean energy to sustain entire nations; last year Denmark’s wind farms supplied 140 percent of the country’s energy demand and when the UK experienced coal-fired plant breakdowns, it relied solely on clean and renewable energy to meet the country’s needs.

Europe has proven that it is possible to invest in energy that does not erode the earth’s atmosphere while creating inexhaustible and sustainable energy. The glaringly obvious question for us then becomes: Why haven’t we made greater efforts to accomplish this too?

Climate change is combated with clean and renewable energy policies, but America has failed to fully implement them because of fossil fuel company donations to influence our policy makers. If Americans continue to vote into office representatives who accept money from oil companies, those representatives will maintain advocating for the oil companies’ success and publicly deny climate change. When fossil fuel policies are favored, climate change will be buttressed by its gain.