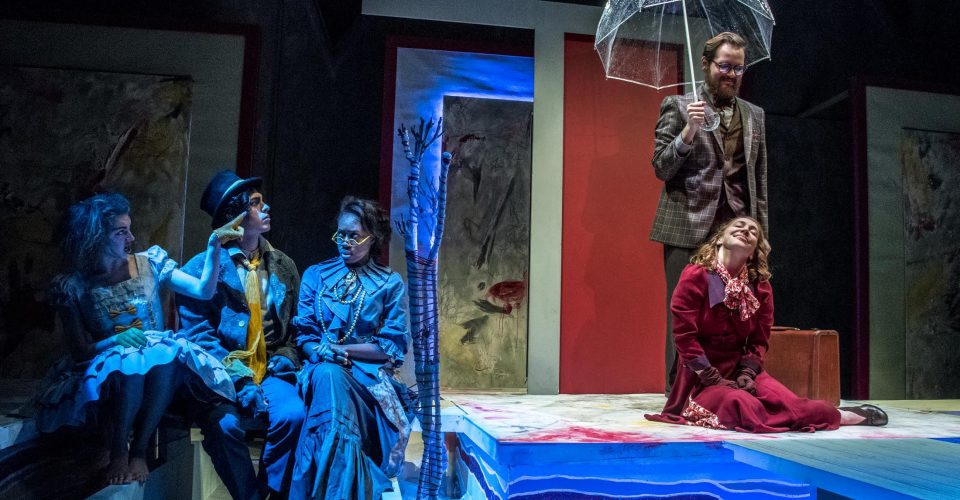 The play “Eurydice” completely sold out at Pepperdine University from Jan. 24-28. The show was performed at the Lindhurst Theatre on the Malibu campus.

“The play itself is nonrealistic in style, so the main characters and her interactions in the world and then her death and subsequent travel to the underworld were told in a more poetic way than we would commonly see in a play,” said Hollace Starr, assistant professor of Theater.

The play was written by Sarah Ruhl in 2003 and is based off the myth of Orpheus. The myth is delivered from the perspective of Orpheus’s wife, Eurydice. Just like in the myth, Eurydice is a nymph, and is also one of Apollo’s daughters, who is a god of music, poetry, art and oracles. The interpretation of this myth takes a modern stance in this play.

The story of Eurydice and Orpheus is an epic love story — tragic, yet thrilling. The story revolves around whether or not Eurydice will return to Earth with her lover — Orpheus — or remain in her true home: the underworld. By remaining in the underworld, she will be able to stay with her father, of whom is a character created by Ruhl for the play. Thus, this play, though based on an ancient myth, takes a modern flair as new characters and plot twists evolve.

Eurydice is truly a story about love, loss, memory and connection. Set in the 1950s, the world of the living is represented by bland colors and a slightly flat dialogue. When Eurydice goes to the underworld, the colors are more bright and vibrant (as seen through both the clothing and lighting selections). The lighting design was also inspired by the flat lifelessness that the clothing was meant to portray in the first act, and then was brought to life with more vibrant colors in the second and third acts.

Alannah Lasiter worked on the lighting of the set. She said, “This is my favorite production at the university thus far; the ambiance, the drama, the twists were all brilliant and wonderfully executed.”

Starr said, “The play itself takes care of a lot of stylistic features, as it is set in the underworld. There were some images in the first design meetings that influenced the set, which also then influenced how the actors moved on stage. Neon tubes placed throughout the stage symbolized the disconnect between characters, which seemed to be a common theme throughout the play.”

“Our first rehearsal was the Monday before Thanksgiving, and then we performed that last full week of January. Over the break, I felt as though the students deepened in their roles, as they intently focused on them throughout this break,” Starr said.

“There aren’t any plans to continue to play here at the university, but we are in the process of creating the play schedule for next year,” Starr said.

Katherine Sciortino, a junior, said she “loved the play; It included the right amount of twists and turns, yet stayed true to the myth of Orpheus and Eurydice that we all love and remember from mythology classes.”

For future theater performances by the University, check the calendar events tab via the Lisa Smith Wengler Center for the Arts website. 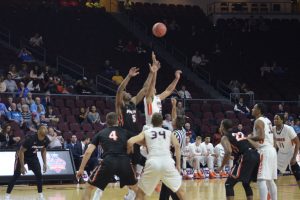