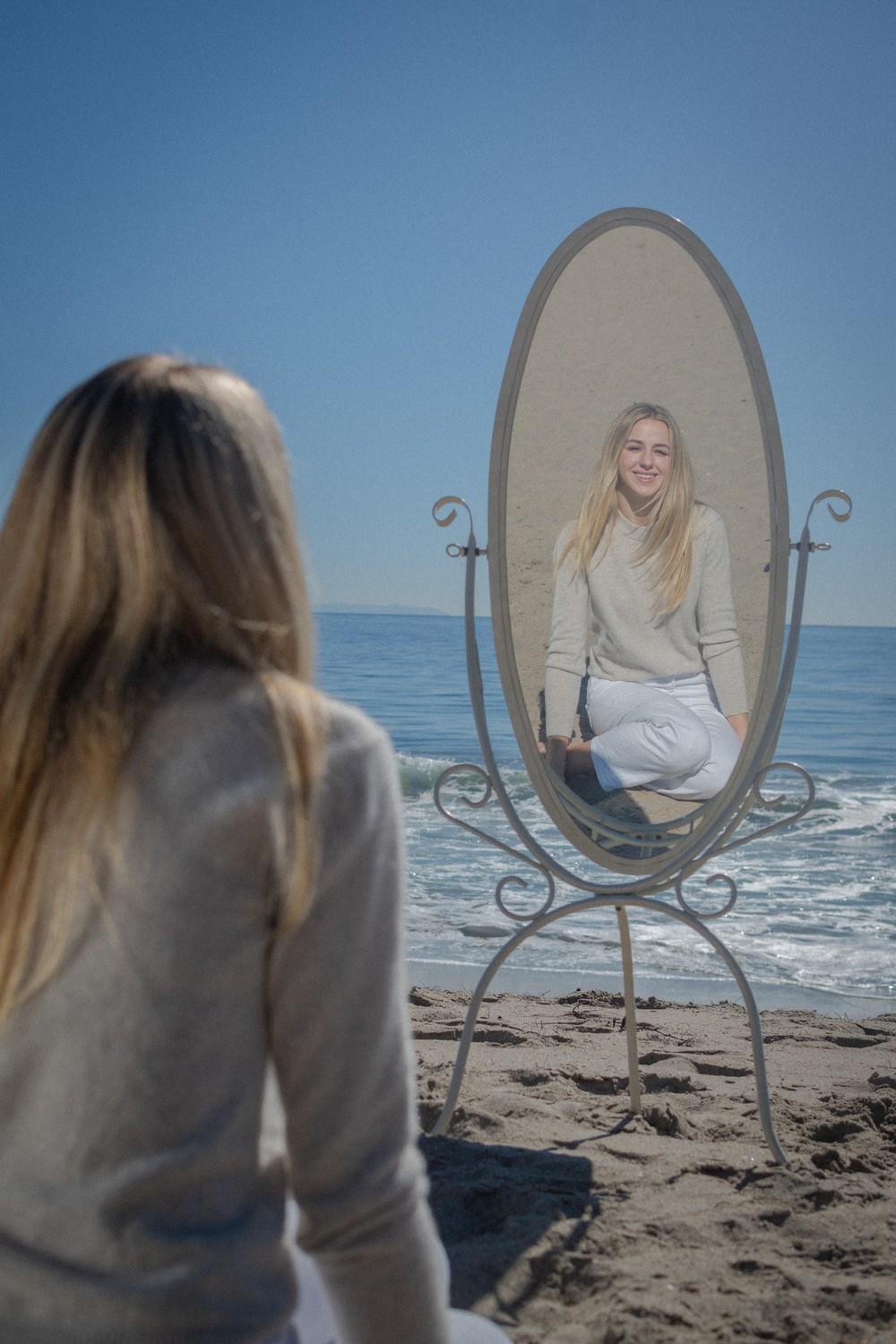 For years, junior Chloé Lukasiak has been on a journey toward separating her self-worth from what she sees in the mirror.

Lukasiak said she opened up about her experience with body dysmorphia and eating disorders on her social media platforms on video for the first time in September 2021, but she struggled for years before that. In her September 2021 video, Lukasiak said her struggles began two years after she left the show “Dance Moms.”

After realizing she wanted help, Lukasiak said she went to a rehabilitation center for eating disorders. It’s been two and a half years since Lukasiak came home from rehab.

“When I first got home, I thought, ‘OK, I’m done, it’s fixed. I’m good for the rest of my life,’” Lukasiak said. “And then these two and a half years I’ve realized it’s a choice you have to make every day, you have to wake up and you have to choose to continue to heal — healing, it’s never ending.” 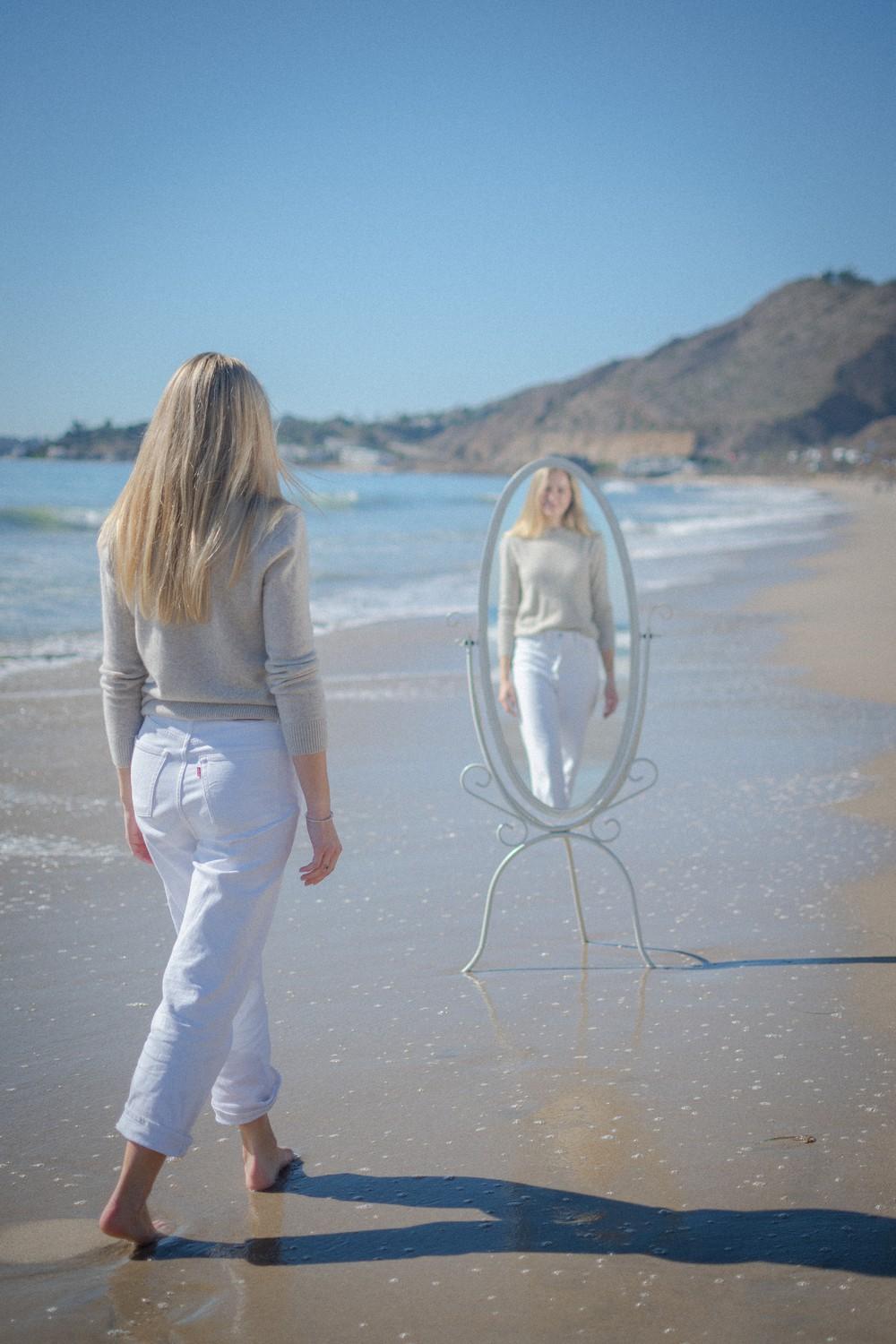 Psychology Professor Jennifer Harriger said body image is the cognitions and feelings people have about their body, and body dysmorphia is a clinical diagnosis where someone becomes preoccupied with a specific body feature and spends a significant portion of the day body checking and being overly-focused on it.

Harriger said body checking consists of constantly monitoring what the body looks like — not just in the mirror, but anything reflective.

Disordered eating is when a person engages in some of the same behaviors as one would with an eating disorder — such as avoiding certain food groups, compulsive eating, fasting or taking diet pills — but with a lower frequency or severity, according to the National Eating Disorders Collaboration.

Lukasiak said her body dysmorphia and struggles with body image stemmed from her desire to have control over just one part of her life.

“First the body dysmorphia blossomed, and then later on I started trying to control my eating, and I experienced, or however you would phrase it, bulimia, and then binge eating and anorexia,” she said.

Harriger said the transition from living at home to living at college is a risky period, where young adults with newfound independence are more likely to engage in disordered eating or experience body image issues.

Moving from her hometown of Pittsburgh to Los Angeles created a greater struggle for Lukasiak.

“It’s like everything I saw on Instagram while I was living in Pittsburgh was standing in front of my face,” Lukasiak said. “So it was a struggle, and I started eating less.”

Lukasiak said that when she first came to Los Angeles, she was aware she was not eating enough.

“It’s not like I was just forgetting and then eating when I remembered,” Lukasiak said. “I was remembering and choosing not to [eat].”

Junior Sofia Thure is a resident advisor for first-year students this year, and she was also an RA at Seaside Residence Hall last year.

While Thure said she has not heard explicit conversations about body image, she has noticed the emphasis some of her residents place on working out.

“In my freshman dorm, there’s two girls that track their weight and weigh themselves every week,” Thure said. “And so at the end of the day, it’s [happening] in their room, and I’ve asked them and they’re like, ‘We’re just trying to reach our optimal weight,’ or like, ‘We’re trying to lose weight.'”

Harriger said having previous issues with body image, body dysmorphia or eating disorders can exacerbate the risk of returning to those habits.

For women, this can manifest in restrictive dieting; men more often have an obsession with building muscle mass, Harriger said.

Junior Chris Ganey is a spiritual life advisor for first-year men’s house, JPenn, and he was an SLA for Seaside last year. While issues with body image or body dysmorphia have yet to come up directly in conversations, he said it may subconsciously manifest in what students eat or how often they workout.

“It’s kind of expressed not in direct ways, but in their demeanor, the way they carry themselves and the comments about things that are related,” Ganey said.

Harriger said women might be more likely to talk about their struggles, and early research was geared toward women, which affected the outcome of the research.

“Specifically guys, and especially freshmen college-age guys, like to bury that,” Ganey said. “They try to just work through it or pretend like it’s not there and do a lot of concealing some of the thoughts they have about themselves or what they’re feeling.”

Ganey said when working out, residents might not be thinking of what makes a person healthy or strong.

“More of the guys that we interact with are having the perspective more of like, ‘What do I look like?’ rather than, ‘How healthy I am,’” Ganey said.

Lukasiak said she feels there is a pressure on girls and women to look a certain way — especially in Los Angeles.

“I felt a lot of shame about how I looked and feeling different and feeling like an outsider compared to all of the beautiful models and actresses that walk around LA,” she said. “LA really contributes to that feeling of placing our value and our worth in our bodies.”

“Depending on what you’re associating yourself with, it would not determine your body image but determine the ideal for your body image,” Ganey said. ”There is a dress-nice kind of crowd, there’s the frat crowd and the athlete crowd.”

On Pepperdine’s campus, Harriger said there is a pressure to look or dress a certain way.

“I’ve heard a lot of students tell me that they feel pressure to be ‘bikini ready’ all the time because they live near a beach,” Harringer said. “A lot of people who didn’t grow up in Southern California will tell me that it was a real shock when they first got here, because the focus on appearance, I think, is even more of an issue here than maybe even other parts of the country.”

At Pepperdine, however, Lukasiak said being busy with classes and making friends took her out of the “negative space.”

“I would just feed myself when I had to, and I wasn’t really thinking about that,” Lukasiak said. “I was more so focused on classes and making friends, and I didn’t have the mental space to focus on it so much. And I think that’s sort of what helped me get out of that place.” 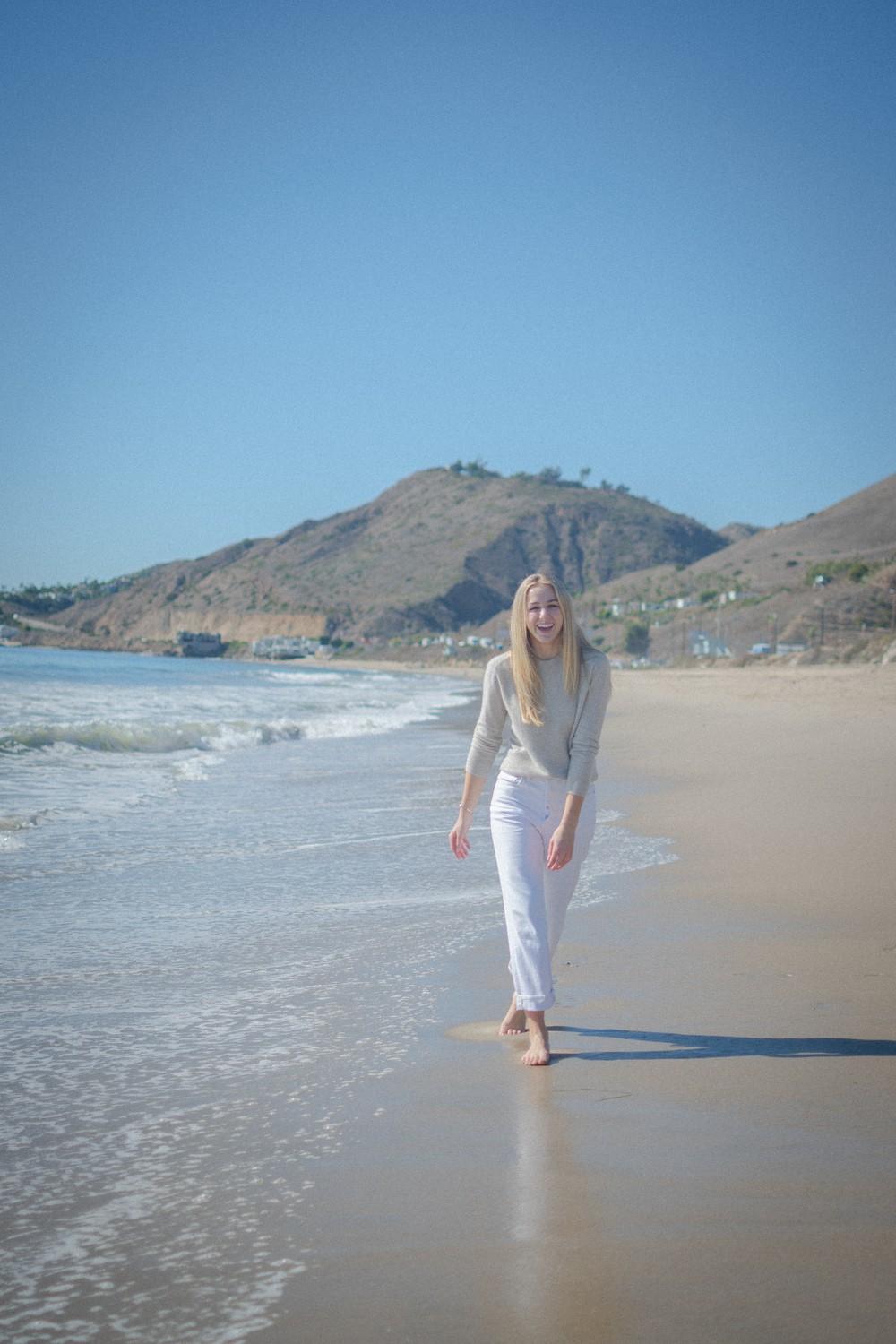 For Lukasiak, when COVID-19 sent students home, she was able to reflect and see she needed help because her behaviors were unhealthy.

“It’s never just one thing,” Harriger said. “So genetics can play a role. Family, peers and the media have cultural messages around body size and weight. All of that plays a role in how someone feels about their body.”

Over time, Lukasiak said she began to discover that her worth is not based on her body.

“It’s so important to actually take the time and the space to learn to accept yourself and to learn to appreciate yourself,” Lukasiak said. “Because the more solid foundation you have in accepting how you look or how you feel, the harder it is to compare yourself to others and to fall into this spiral of judgment and comparison and feeling less than.”

After she stopped engaging in dangerous behaviors, Lukasiak said she started talking with a therapist and discovered the importance of leaning on others for support.

Lukasiak said she first showed her parents a poem she wrote about her experience with eating disorders, but, at the time, they were not sure what she was talking about.

“I didn’t tell them in an easy way,” Lukasiak said. “I was just sort of like, ‘Oh, this is my poem.’ [It] was just a big shock for them because obviously, they don’t want to hear that their child is going through that.”

When Lukasiak was struggling, she said she thought that, because a lot of other people go through these struggles, it was OK for her to have the same unhealthy habits.

“Other people are struggling, but that doesn’t take away from my struggle and that doesn’t mean I don’t deserve health as well,” Lukasiak said. “And so that’s when I was like, ‘Oh, maybe I should tell my parents.’ And I think I just started to get to a better place mentally, just over time. And I realized that I wanted help. I didn’t want to feel that way anymore.”

Putting in the work

Lukasiak said releasing her poem on social media was overwhelming “in the best way.” However, she said acknowledging her struggles did not mean they were gone.

“It was when people were commenting and telling me their similar experiences or how they felt similarly, that I realized, like, ‘OK, this is just the first step, now I need to actually put in the work,’” Lukasiak said.

Between releasing the poem and posting the first video on her YouTube channel, Lukasiak said she had time to heal.

“And so I thought even though it’s really scary and it’s really vulnerable and, every time I post something vulnerable I always regret it, and I want to take it back and take back my vulnerability, but ultimately [I] always put it out there,” Lukasiak said.

Going public has been a crucial part of the healing process, Lukasiak said. She wants to tell herself and others that it is OK to need support.

“Just reading the comments and hearing people say, ‘Thank you so much. I feel less alone.’ Or, like, they told me their stories of what they went through or just any of their responses makes me feel like it was all worth it, being vulnerable, just because I think part of the healing process is feeling less alone,” Lukasiak said.

As for the future, Lukasiak said she wants to continue helping others cope with and heal from their own struggles.

“No one ever noticed because I wasn’t actively changing or physically changing, but it was just a lot of mental difficulty,” Lukasiak said. “It’s enough of a balance where I feel like I can talk about it and not be triggered or relapse or anything, and I just really want people to know that they’re not alone in their struggle if they’re going through it.”

To those struggling, Lukasiak said it will get better — people care, and there is a light at the end of the tunnel. Sharing these issues allows people to connect with one another and form a tighter, more supportive community.

Ganey said body image issues are something students can share with their RAs, SLAs, the Counseling Center and other resources around campus. Ganey also offered words of encouragement.

“You’re created in an intricate way to be the unique person that you are and whatever that looks like,” Ganey said. “I know there’s so many outside voices and noises trying to tell you to be something that you’re not, or telling you that what you are isn’t good enough, but that’s the way you’re made and made for a specific purpose.”

Ultimately, Lukasiak said it’s OK to not have it all figured out on your own.

“It doesn’t mean that you’re broken or incapable of handling yourself,” Lukasiak said. “It just means you need to be hugged a little tighter.”