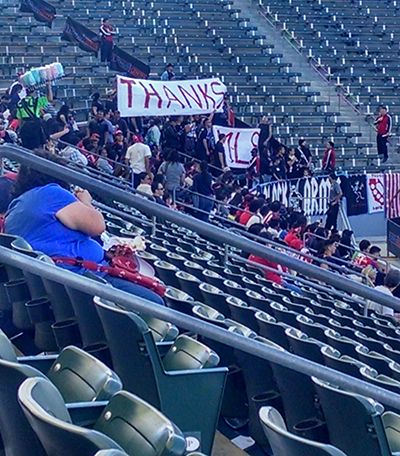 Imagine it’s the Chivas USA opening day of the Major League Soccer season at the StubHub Center in Carson, Calif. The sun is shining, the beer is cold and there is a different feeling in the air than in past seasons. This feeling, however, is not one of excitement. After the 2014 MLS season is over, Chivas USA will cease to exist.

The first match of the year should be a huge event, but that isn’t the case. There are no new jerseys in the official club shop, very few concession stands are open and the stadium looks empty. The typical fanfare surrounding an opening match is nonexistent.

What initially was an attempt to create a local rivalry and an MLS expansion team, ended up being a nuisance to both league management and fans. Founded in August 2004 as MLS’s 11th team, the squad is on its way out due to several reasons.

First of all: attendance. Almost no one goes to Chivas USA games. They are the MLS team with the lowest average attendance numbers in the past two years, according to the official MLS attendance numbers. Seven more teams have entered the MLS since Chivas did — Toronto FC, San Jose Earthquakes, Seattle Sounders, Philadelphia Union, Vancouver Whitecaps, Portland Timbers and Montreal Impact — and all of them have enjoyed higher attendance ratings than Chivas.

According to the MLS, in the 2013 MLS season, for example, Chivas USA amassed a lowly 8,366 attendance average (the StubHub center fits 27,000) while the Seattle Sounders gathered an average of 44,038 fans per game. In the 2012 MLS season, Chivas USA had an average of 13,056, while rival club LA Galaxy averaged 23,135. In the current season, Chivas USA has only gathered 7,502 fans per game — in two home games — and the future isn’t looking bright at all.

Second of all: performance. Chivas USA had four relatively successful seasons, reaching the Conference Semifinals from 2006 to 2009; a short-lived joy followed by four consecutive seasons that ended in embarrassment (second-worst in the 2010 season, fourth-worst in 2011, second-worst in 2012 and second-worst in 2013). How did a team that bounced back after a terrible inaugural season — sixth in the West, last in the league — reach the heights of being one of the top teams in US soccer for four years only to end up as the league’s laughingstock again?

One word: manpower. The last Chivas USA team to make the playoffs had an exceptional combination of youth, experience and winning edge. The 2009 Chivas USA team had players with hierarchy and status such as legendary Mexican defender Claudio Suárez, Brazilian Paulo Nagamura, Cuban striker Maykel Galindo, United States Men’s National Team member Sacha Kljestan and then-lethal striker Eduardo Lillingston. All but Nagamura left the team, and the 2010 season proved to be a disaster; Chivas dropped nine places and missed out on a playoff spot by 18 points.

Finally, the team’s management has been in constant flux. In 2012 Mexican entrepreneur Jorge Vergara bought sole ownership of the club, leaving former partners Antonio and Lorenzo Cue on the outside. Vergara announced a club-wide overhaul in order to “return the team to its Mexican roots.” But the expansion was done the wrong way. Unlike fellow expansion teams Seattle and Portland, Chivas had no history before its 2004 inception and didn’t do much to appeal to the local fans to create one.

Adding to a seemingly never-ending list of problems came controversy. On July 23, 2013, HBO’s “Real Sports” aired a program slamming Chivas USA. Two fired coaches and the mother of a young boy who didn’t make the Chivas USA youth academy alleged that Chivas was a racist organization and that only Mexicans were accepted into the team. Recovering from the negative publicity has proven difficult.

On Feb. 20, 2014, MLS purchased Chivas USA. The team with the lowest payroll in the league — $2.4 million — was absorbed by the league itself, with MLS Commissioner Don Garber saying in a statement on the official league website, “We collectively agreed that it is best to sell the club to new owners who are committed to securing a new stadium and providing MLS with a strong rival for the LA Galaxy.”

It was no secret that Chivas USA was not succeeding. MLS took note of that and decided to take back the team, let it die out during the 2014 MLS season and rebrand it for the 2015 season.

“The fans need to see a tangible difference, and it will take time to win them over. We know this is a big market, we know there’s a viable alternative to the other team that plays here,” newly-instated President Nelson Rodríguez said to the media during halftime of the season opener against the Chicago Fire, according to journalist Alicia Rodriguez.

In that match, supporter groups Union Ultras and Black Army 1850 displayed banners thanking MLS and asking for soccer to remain in LA. MLS has stated that is what they intend to do and if they follow the model of other successful expansion teams, the new LA club has a chance.

Instead, Chivas USA died prematurely. The team will go down in history as a 10-year-old failed project. But not all was bad. As a person that has probably attended more than 500 soccer matches in his life and lives and breathes the sport, I attended the opening match with high hopes. And Chivas didn’t disappoint.

I knew what I was in for — I’m not naïve — and I still enjoyed myself. The environment is nostalgic; the few people in attendance seemed very attached to the team. There were plenty of empty seats, short refreshment and bathroom lines, no traffic or parking problems and the chance to witness history in the making.

This is Chivas USA’s last-ever season. I for one have already bought my official jersey — sponsor-free due to the lack of financial support — and will be present for every home game I can. Will they be able to mirror the Miami Fusion — a team that reached the MLS semifinals in its last-ever season — and have an unforgettable send-off? Only time will tell, or rather, a lack of time. 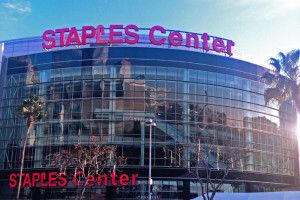