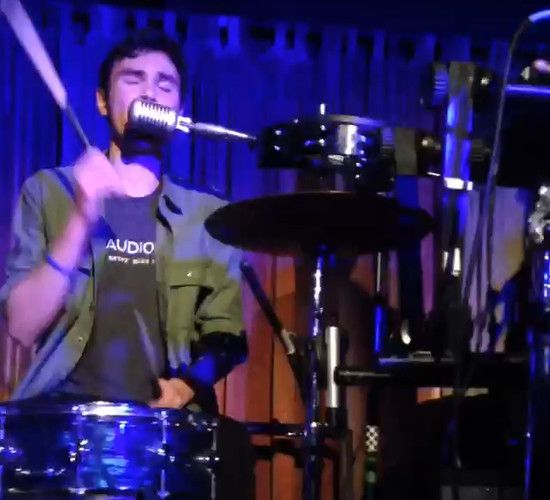 A crowd of people queue outside the doors of AMPLYFi music venue in the heart of Hollywood, Calif., eager to file into the concert space. The blue and green stage lights bounce off the surface of the instruments waiting to be played later that night. The hour strikes 10 p.m. and the sold-out crowd waits anxiously for the arrival of the band.

He walks onto the stage, followed by his band members, each taking their designated place. After a quick introduction, his eyes scan the shadows in the audience, taking in the scene one more time.

With the stage lights in focus, the sound of a ukulele is amplified throughout the venue, breaking the silence. One by one the remainder of the instruments join in, synching to the beat. The following 30-minute set is a combination of both upbeat and slower tunes to create an atmosphere for all to enjoy.

As the final note of the night is played, his eyes look across the audience one more time, taking in the high energy and response from the crowd. Once again, it becomes clear to him. This is his life. This is what he is meant to do.

Olen Kittelsen is an 18-year-old musician and college student from Irvine, Calif. His love for music led him to want to pursue the life of an artist. Kittelsen has turned his passion into a career with the start of his band Breach The Summit. He currently attends Pepperdine University, where he manages to balance his studies while pursuing his dream.

Kittelsen’s appreciation for music began at the very young age of four, with a little help from his family.

“My dad is a music therapist,” Kittelsen said. “He would take me out to his jobs and that’s how I kind of started getting interested.” Growing up in a musical household Kittelsen, along with his two brothers and sister, found an interest in music.

“There were always instruments around,” Kittelsen said. He went on to inherit his cousin’s drum kit, after discovering that the guitar wasn’t his calling, “it started from there really.” From as early as he can remember, Kittelsen took the opportunity to become as involved with music as he could, making it an important aspect of his life.

“I’ve been in different bands since I was eleven and it’s just something that has kind of always been part of my life in one way or another,” Kittelsen said. “It just kind of started out with a couple of friends coming over and jamming and it went from there.”

When he was a freshman in high school, Kittelsen and a few of his close friends formed their current band, Breach The Summit.

“I’ve been playing music with these guys for about four and half years now,” Kittelsen said. At the time the band decided upon the name Breach The Summit. With an Indie-Pop sound, drawing influences from bands such as Walk The Moon and Young The Giant, Breach The Summit’s fan base is growing everyday.

“We actually found a lot of online success and have been able to reach people across the country,” Kittelsen said.

Each of the band members contributes their own talents, Kittelsen taking on lead vocals and percussion. He also writes most of the lyrics and melodies for the songs, finding inspiration in “past life experiences and life situations.”

Kittelsen’s love for music drives him to dedicate himself to the band, giving as much effort as he possibly can. Band member Kody Buxton, enjoys working along-side Kittelsen.

“The best thing about being in a band with him is his worth ethic and creative ability,” Buxton said. “And he is a genuinely good person.”

In 2013, Kittelsen was accepted into Pepperdine University.

“The Christ centered atmosphere drew me to this school,” Kittelsen said. He is currently undeclared but is considering a major within the communications department. Even with a full schedule of classes, Kittelsen makes sure to keep music a priority in his life.

Pepperdine suitemate Peter Lee, has had the chance to get to know Kittelsen in the past few months and can tell how important of a role music has in his suitemate’s life.

“He’s very dedicated to his band,” Lee said. “He’s always practicing his ukulele in his room and singing.” Kittelsen has made the most of balancing both school and his passion.

“Every weekend we’re back at my house and we’re practicing and writing and rehearsing,” Kittelsen said. “We’re making it work for now.”

As a musician, he has found support in both his family and friends. His parents have even allowed the band to convert their garage into a rehearsal room.

“They support the music 100 percent and come to everything they can,” Kittelsen said.

When asked about his ideal career choice, Kittelsen said, “ideally just to be a full time musician.” At the pace in which the band is progressing, he is well on his way.

The upcoming months for Kittelsen consist of a packed schedule. “We’ve got a lot of shows lined up in the next couple of months.” Kittelsen will join his band in a variety of local shows, including an April 24 performance at the USC venue Tommy’s Place and a May 22 performance at Sidebar in Fullerton, before flying to Delaware to perform at the Firefly Music Festival in the summer.

The year is already shaping up to be the busiest yet for him, as the band grows and he completes his first year of college. Kittelsen’s future is open to many possibilities. He said he wants to play more shows, record a full length album and tour the country and then “tour the world.”

Ring By Spring - "Too Much Pressure?" 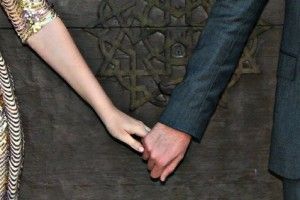 Ring By Spring - "Too Much Pressure?"