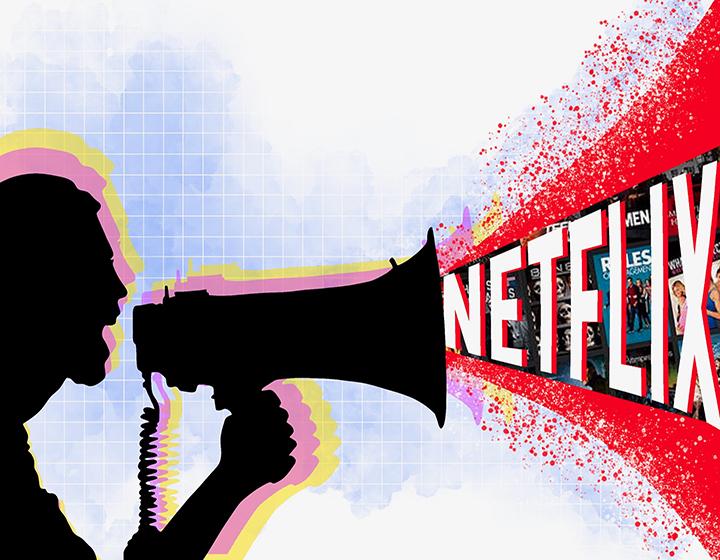 Due to shelter-in-place and social distancing orders, U.S. consumers streamed a record 400 billion minutes of TV content in the first three weeks of March 2020, according to a Nielsen analysis.

Perspectives on practically every issue can be experienced through film, TV and documentaries. Most of us are guilty of watching something, getting fired-up and then forgetting about it. Instead of rushing on to a new show, take simple steps to be an advocate for the people, places and animals shown on-screen.

Netflix has a large range of highly-rated informational content. “Explained” and “Patriot Act with Hasan Minhaj” offer short episodes that each cover a different issue, while series like “Our Planet” and “Unnatural Selection” spend many hours delving into a single subject. The platform also features based-on-a-true-story shows like “When They See Us” and “Unorthodox” with supplementary documentary features. Between these and Netflix’s traditional feature-length documentaries like “Reversing Roe,” “13th” and Oscar-winner “American Factory,” there are plenty of subjects to get passionate about.

Activism and entertainment need not be mutually exclusive. In this age, documentaries include drama, comedy and plot twists. Take Netflix’s “Tiger King: Murder, Mayhem and Madness” — one of the most popular TV shows today, according to Rotten Tomatoes. While the true-crime documentary series mainly focuses on the eccentric lives of exotic animal breeders, dealers and rescuers, it also exposes disturbing animal abuse that needs to stop.

The series highlights the chilling statistic that anywhere from 5,000 to 10,000 tigers live in captivity in the United States, while fewer than 4,000 tigers remain in the wild. The breeders featured in “Tiger King” keep exotic animals as pets and subject them to harmful practices like cub petting, traveling zoos and crossbreeding.

Shows like “Tiger King” are created for entertainment purposes, but they can also inspire social change if people take them seriously. In a society that thrives off scripted reality TV shows, it is sometimes difficult to separate reality from entertainment.

Documentaries and based-on-a-true-story pieces are often accused of being biased, overly-dramatized or misleading. This can be true, but it is no reason to avoid watching them. All it takes is a quick internet search to fact check the sources and find the truth. Watching films and TV shows should be a starting point to becoming exposed to new issues, not an ending point.

In some documentaries, however, viewers can see the injustice with their own eyes.

In “Tiger King,” the gross mistreatment of both animals and employees is obvious. The Tiger King himself, Joe Exotic, who is in prison for murder-for-hire and violating federal wildlife law, is caught on camera underfeeding animals, threatening to shoot tigers and aggressively separating babies from their mothers at birth, among others. Problems like these can be eradicated through legislative intervention.

Believe it or not, most members of Congress make their political decisions based on the voices of their constituents. Even the most corrupt politicians know they need to listen to their constituency if they want to be reelected.

Luckily, contacting legislators is no difficult feat. Most advocacy groups allow people to send pre-written emails straight from their websites. PETA (People for the Ethical Treatment of Animals), WWF (World Wildlife Fund) and IFAW (The International Fund for Animal Welfare) all offer this feature to contact legislators about the Big Cat Public Safety Act, which ends the private ownership of exotic animals. Exotic’s nemesis and self-proclaimed animal rescuer, Carole Baskin — whom he tried to have murdered — insists that the passage of this bill is the best way to stop the abuse of exotic animals in the U.S.

The best way to get politicians’ attention is by calling them. It might feel strange, but all callers need to do is say their name and the bill they would like the politician to support. It really is that simple!

Talking about the issue on social media and discussing it with friends and family are always easy ways to advocate. Otherwise, research the subject to find a way to help.

During a time when many feel a sense of hopelessness and uncertainty, the best way to feel empowered is to do something positive. Yes, issue-focused media can sometimes be depressing, but taking action to help is scientifically proven to make people happier, according to Live Science. Take this time to watch something important — just don’t stop caring about it when the credits roll.