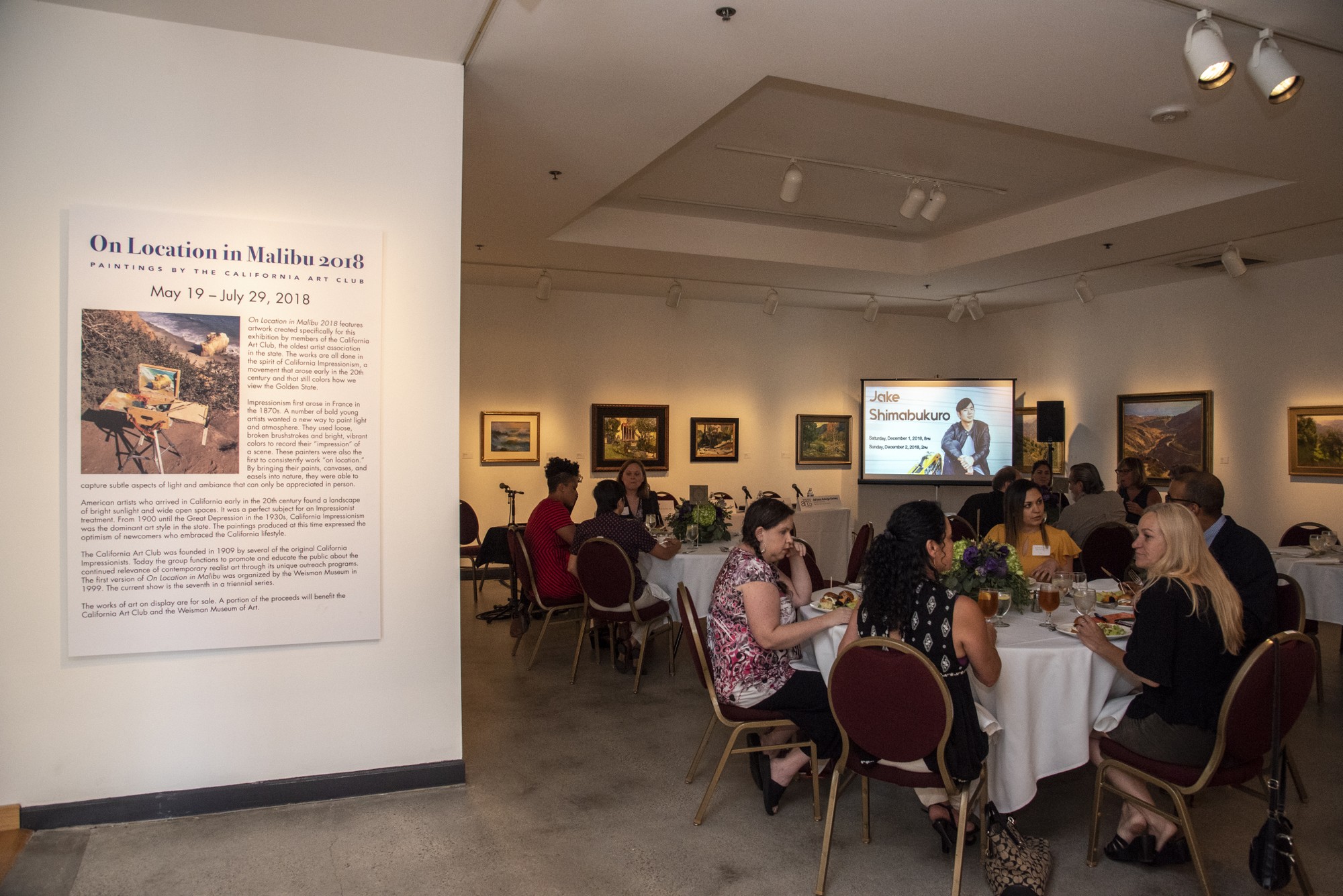 Photos Courtesy of Center for the Arts

Local press, art enthusiasts and patrons gathered at the The Frederick R. Weisman Museum of Art for a press luncheon to announce the performance and exhibition schedule for the upcoming year.

On Tuesday July 7, Michael Zakian, the museum director for the Weisman Museum, and Rebecca Carson, the managing director for the Center, hosted press alongside two returning performers. Adriana Astorga-Gainey of the Pacifico Dance Company and Jazzy Ash, both of whom are scheduled to perform at Pepperdine this year, joined the directors on the panel. 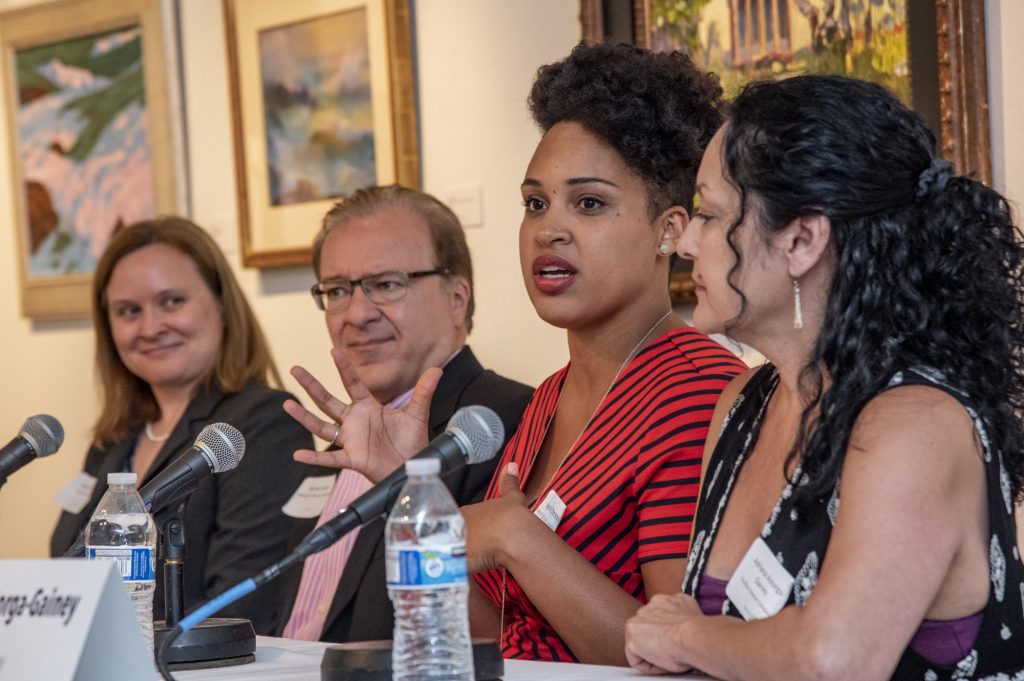 In the coming months, a wide range of performers and artists will appear on campus, including Grammy Award winning singer Sheena Easton, acrobatic troupe Cirque Mechanics, Pacifico Dance Company, Chinese Warriors of Peking and more. Performances are selected with both the quality and audience in mind. “We look for performers and exhibitions that speak to the public,” Carson said.

The Pepperdine community can experience an assortment of culture and artistry expressed through music and dance in the coming months.

“Each year, we present an innovative, unique, entertaining and diverse program of exceptional performances and museum exhibitions. The 2018-2019 season will include several returning favorites as well as many new-to-Pepperdine performances,” Carson said in a press release.

During the Q&A portion of the luncheon, the panel answered questions regarding the importance of the arts in academics. In terms of her role in the arts, Ash is both an educator and a performer. “I try to help people find their voice, whatever it is that drives you forward, that’s what I want to pull out of you. Find whatever it is that opens your mouth and speaks your truth,” Ash said.

Carson briefly touched on the impact of the ArtsReach program on the school children from Ventura to the inner city of Los Angeles. The program offers kids an experience that they may have never seen before. “Some of these kids have never seen a performance, a college campus or even the ocean,” Carson said. 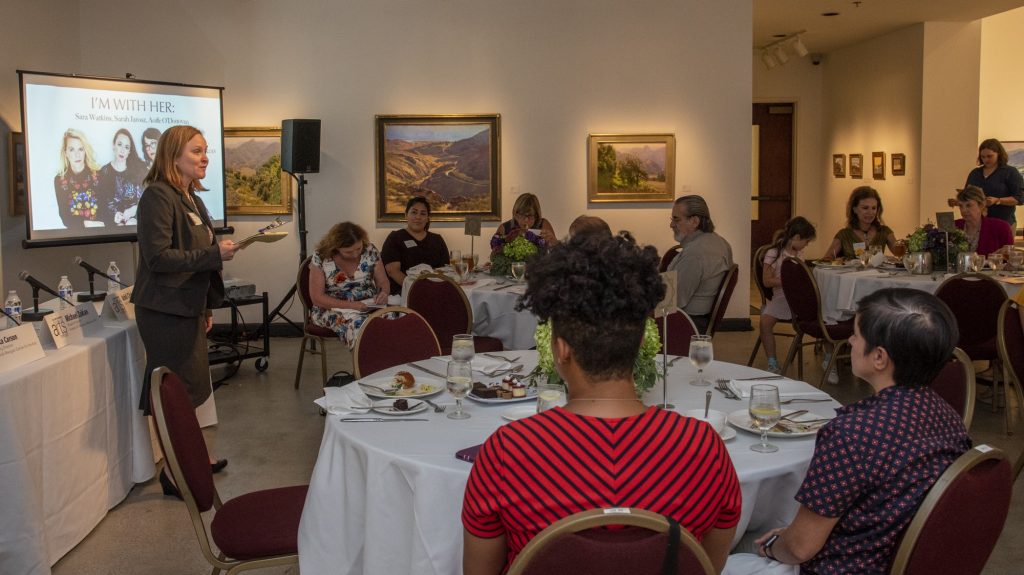 Another event Carson mentioned was the Parkening International Guitar Competition. Parkening hosts 15 talented guitarists from all over the world who are chosen to come to Pepperdine and compete for the Jack Marshall Prize of $30,000 and a gold medal.

“Fifteen competitors will perform in front of esteemed judges who will cut them down to six and then to three finalists,” Carson said. The finalists will be accompanied by a full, live orchestra. “These competitors are an elite class of performers who have the opportunity to transform their careers like previous winners.”

The last competition was held in 2015 on the Malibu campus with Meng Su crowned as the previous winner. Meng Su released a solo-recording following her victory. The Parkening International Guitar Competition starts May 28, and the final round will be held on June 1 at Smothers Theatre.

The Frederick R. Weisman Museum of Art also revealed some of the artists and exhibitions that it will feature. Zakian disclosed that the big show of the year will be the collection of Richard Diebenkorn, an American abstract expressionist painter. The collection is titled “Beginnings” and shows the development of his work from his years as a student at Stanford to the height of his career.

“These pieces are drawn from his personal collection in the possession of the Diebenkorn Art Foundation, which includes works never exhibited before in public,” Zakian said. 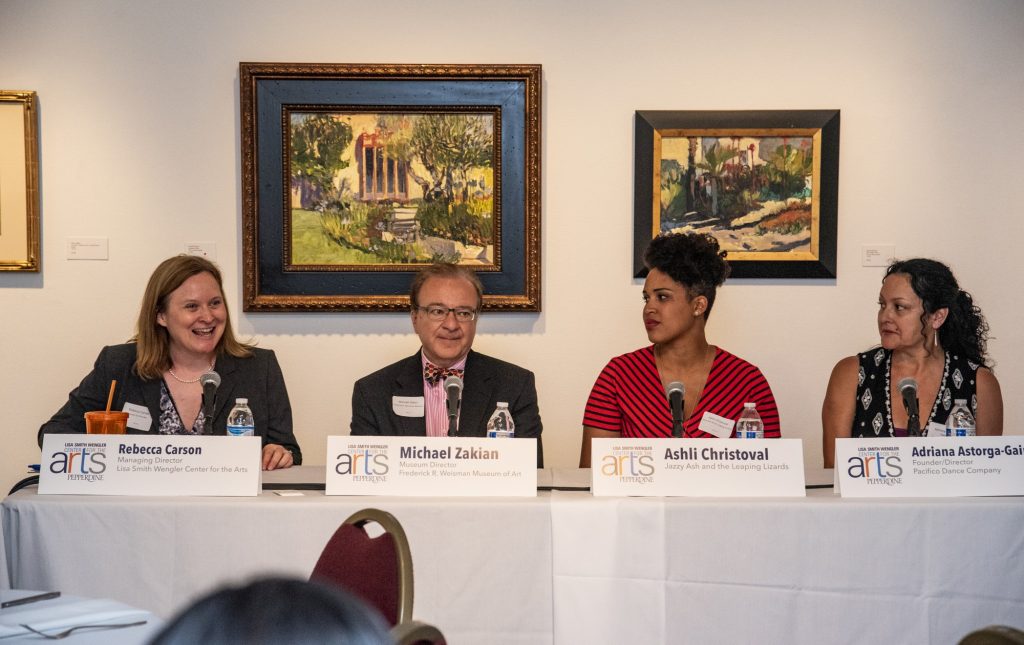 The Weisman Museum will also display an exhibition titled “Pop! 50 Years of Pop Art.” The exhibition will feature artwork from the pioneers of pop art, as well as works from younger artists. Zakian said that the exhibition is a two-venue showing in collaboration with the Barrett Gallery at Santa Monica College. “Pop!” will be shown starting Aug. 28 and will remain in the museum until Dec. 2.

With musical performances, dance productions and unique artistry scheduled for the coming year, there will be plenty of opportunities to attend an event. The full calendar of events can be found online at the Center for the Arts website. The museum is free and open to the public, while tickets for Center for the Arts performances can be purchased online or through the box office at 310.506.4522. All Pepperdine students can pay $10 to see any performances throughout the year.