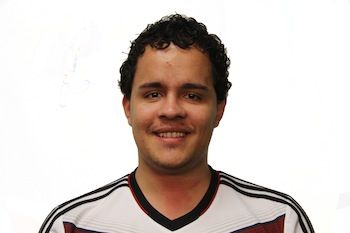 The search for the new provost is in its final phase, with candidates already undergoing final interviews and Town Hall meetings. President Andrew K. Benton said he expects the new provost to be named “no later than May.”

So far, the University has met with Lipscomb University Senior Vice President for Strategic Initiatives Nancy Magnusson Durham and Dean of Seaver College Rick Marrs. Magnusson’s Town Hall meetings were held on Tuesday, March 4, while Marrs’ were held on Wednesday, March 5. Whoever is chosen as the new provost will replace current provost Darryl Tippens, who has held his position for nearly 14 years.

Hanson wrote that the provost not only supports the institution’s Christian identity, but also actively carries out its mission and values: “This role reports directly to the president and provides leadership for the University’s five schools.”

Benton said the administration is searching for someone who is an exceptional manager of people and things, and “someone who understands very well the mission of Pepperdine University and our unique posture of wanting to be a leading academic institution and still tied to our heritage of faith.”

After Provost Daryl Tippens announced his retirement to the university community via email on Sept. 16, efforts to replace him began instantly. Benton said provost searches usually begin in September and are hopefully finished by May, so the new provost has enough time to finalize his or her current job and undergo the moving process if necessary.

“I feel like I know them all and I’m very pleased with what the search committee gave me in terms of choice,” Benton said. He also mentioned that even though the decision process isn’t enormously difficult and because it is proceeding on schedule, it will end up being a pretty lonely decision since he alone will make the final decision of who the new provost will be.

Benton praised Tippens’ legacy at Pepperdine saying, “What a courageous leader he has been, a fine scholar and a teacher throughout. He and his wife Anne have been a great part of our community. I’m really glad for them that they have the chance to move back to Texas to be near their family.”

After retiring on July 31, Tippens will return to Abilene Christian University in Abilene, Texas, in a role that, “will combine his talent as as a teacher, writer, researcher and scholar in an advisory role to Abilene Christian Administrators,” according to the ACU Today, the alumni magazine of ACU.

Tippens wrote in an email that he will divide his time among multiple assignments: “Teaching English literature, writing, serving as an advisor to the administration and overseeing selected initiatives, as the request of ACU’s president and the provost.”

First, the university put together a search committee hand-picked by Benton that represents all schools and important administrative areas. Co-chairs Hanson and [Graduate School of Education and Psychology] Dean Margaret Weber lead the search committee, and are joined by 14 other faculty and staff members.

Then, the university hired executive search firm Korn/Ferry and placed advertisements in both online and print publications. “They are especially good at recognizing the unique challenges and opportunities higher education presents,” Hanson wrote.

After receiving close to 150 applications, the search committee narrowed the list to about 11 applicants. That same narrowed list was then cut down to reach the final “three or four” applicants, according to Benton.

Arrangements were made for candidates to visit Pepperdine’s campuses in Los Angeles and Malibu. “It’s a whole day of meetings where they present and hear ideas and respond to those ideas,” Benton said. Candidates are welcomed to Town Hall sessions that involve students, staff and faculty asking them questions regarding their view on the provost position.

According to Hanson, each candidate hosts three town halls: one at the West LA campus, one in Malibu open to staff and student leaders and a third dedicated specifically to faculty. “Each of these town halls provides an opportunity for the campus community to engage with the candidates and proved feedback to the president,” Hanson wrote.

The names, biographies and CVs of the remaining one or two candidates will be announced closer to when their respective meetings take place. “This timing should allow for a smooth transition in leadership and a time for the new provost to prepare for the upcoming school year,” Hanson wrote.

“The Town Halls were very typically Pepperdine: good questions, gentle questions,” Benton said. He added that the student questions were exceptional and that it is of great importance to give people a chance to participate. Pepperdine community members wishing to contact Benton in regards to the provost search can email provostsearch@pepperdine.edu.

Other members of the search committee weren’t available for comment at the time this issue was printed. 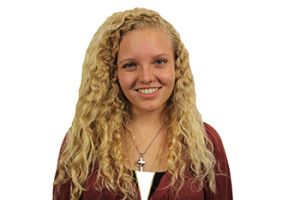 The New York Times will be available to students on campus for free within the next couple weeks, according to Student Government...
Copyright 2013 Jupiter Premium Magazine Theme
Back to top