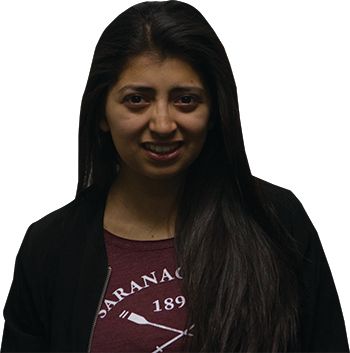 As modern medicine advances, people are living longer and more fulfilling lives. Boris C. Pasche, M.D., at the University of Alabama identified the cloud within this silver lining, however. In an Oct. 2013 article he wrote, “Cancer care is suffering from its own success … patients are living longer and surviving longer with their cancers.”

This was in response to an Institute Of Medicine’s (IOM) 2013 report.

The report notes cancer cases will increase from 1.6 to 2.3 million cases by 2030. This 45 percent increase spells tremendous stress for the U.S. oncology workforce, which is why the institute convened a committee to outline recommendations for the medical community.

It found that “cancer care … is in crisis due to a growing demand … complexity of treatment, a shrinking workforce, and rising costs.”

The Centers for Disease Control collected data from part of the National Health and Nutrition Examination Surveys, and found that the HPV vaccination had reduced the cervical cancer-causing infection by 56 percent in girls vaccinated from ages 14 to 19.

Anastrozole, an antihormone therapy, meant to prevent breast cancer in especially at-risk women, was used in a study from 2003 to 2012. The phase three International Breast Cancer Intervention Study II (IBIS-II) Prevention trial of 3,864 post-menopausal women, found that 53 percent were less likely to be diagnosed with breast cancer after taking Anastrozole. This can be found under Jack Cuzick’s study on thelancet.com.

Thanks to innovative screening, prostate cancer, the most common in men, has a 99.2 percent survival rate according to the Surveillance, Epidemiology, and End Results Program (SEER).

The American Society of Clinical Oncology reports more than 13 million cancer survivors — men and women — live in the United States today, with another five million expected to join the list by 2022.

So why would Dr. Pasche say that the problems in cancer care are caused by its successes?

Doctors and oncologists don’t blame treatments for causing cancer; instead, the point to be taken from Pasche is that it is the old who will be at the greatest risk.

Thanks to an adaptive medical field, we can treat cancer earlier in its stages than ever before. However, as we prolong the life spans of individuals, the individuals whom the oncology force will need to deal with are much older.

The older the patient, the likelier they are to have other medical conditions and needs to be dealt with. Thus, cancerresearchuk.org reports that cancer rates have risen the most (44 percent) in the 75-plus age group, only makes sense.

That’s why Dr. Pasche’s comments are worth incorporating into our conversations.

After all, how do we intend to meet the rising generation of senior citizens?

We will need to be financially and emotionally prepared for the challenges of illness affecting most greatly those we call grandpa and grandma.