Can You Really Be ‘Just Friends?’

The age old question remains: Can men and women actually have platonic friendships? While, it can be argued that heterosexual men and women are born to be attracted to each other, there still is a case for platonic love between the sexes. Platonic love is defined “in its modern popular sense is an affectionate relationship into which the sexual element does not enter, especially in cases where one might easily assume otherwise” according to Science Daily. Based on this definition, I say we can.

The issue is dealt with in one of the most standout movies of an era of romantic comedies, “When Harry Met Sally.” The film refutes that such a friendship is possible, and it is even hinted that a romantic relationship is inevitable in that situation. However, heterosexual opposite-sex friendships should be seen as any other friendship is. Which means these friendships should be seen as isolated with their own sets of rules and boundaries, void of issues and obstacles regarding gender.

Jeremy Nicholson cites Bleske and Buss’s 2000 study on intersexual friendships in which they interviewed college students “regarding the benefits and cost of opposite sex friendships in their lives” in his April 30, 2013 Psychology Today article, “Can Men and Women Be ‘Just Friends’?” The study showed there were clear benefits and clear costs to this type of friendship. But what friendship doesn’t have pros and cons?

Each friendship’s survival and longevity should be dependent on the people engaging in the relationship and not what we see on television, previous cases or what we independently think. Each person and each relationship comes with its own set of trials, tribulations, issues and nuances.

In Nicholson’s article, he also provides “tips for negotiating a satisfying opposite-sex friendship,” and lists understanding different needs and communicating your intentions, among a number of other tips. Nicholson also warns all people in such relationships to avoid “unequal friend-zone situations.” I see Nicholson’s rules as true for any friendship. I believe that you can have totally healthy opposite-sex friendships, and I am sticking to that.

However, sometimes it is other friends and societal norms that get in the way of opposite-sex friendships. These other friends usually can’t believe that such a friendship is possible, or they have a hard time understanding the ins and outs of this kind of dynamic between a man and a woman that is void of romantic feelings. As a society, shouldn’t we embrace and celebrate the trials and tribulations that it takes to keep such a friendship stable and beneficial?

Lickerman asks “What makes a true friend?” and outlines what makes a friend worthy of being called such in his Dec. 15, 2013 Pyschology Today article “The True Meaning of Friendship.” He states that a true friend is someone who is committed to your happiness, not asking you to place the friendship before your principles, and who is a good influence. In summary, maybe the issue at hand isn’t opposite-sex friendships, but friendships in general at Pepperdine. Maybe we just don’t know how to be friends at Pepperdine, regardless of gender. 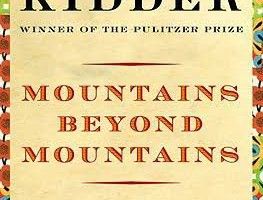