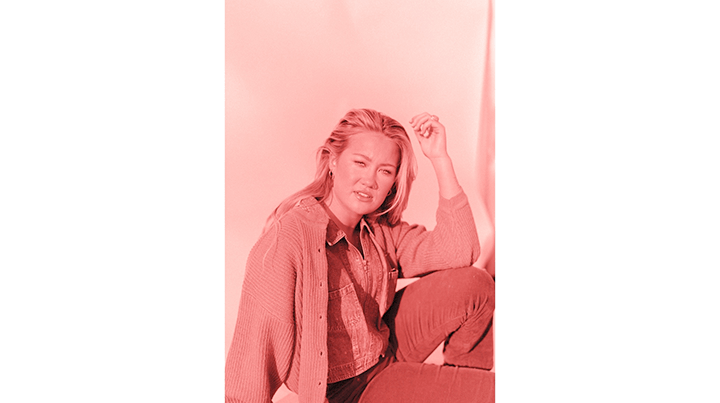 Mechelke, an Intercultural Communication major, said she has always enjoyed writing and reading poetry. Mechelke’s first grade teacher once told her mother that Mechelke was reading Edgar Allan Poe. When she was 8, she added melody to her poetry and wrote her first song. Since then, she has continued writing, pulling inspiration from her imagination and experiences.

One of the most common themes in her songs is love.

“It’s always definitely the centerpiece because that’s the most deep, passionate emotion,” Mechelke said. “So I feel — in terms of creative expression — it’s always kind of the catalyst for that. It’s just a ton of sad songs, man – I need to write some happier songs.”

Music, Mechelke said, is cathartic. While a melody or phrase that gets stuck in her head sometimes leads to the creation of her songs, Mechelke often writes because of a powerful emotion she is feeling. Her songs, while originating from heartbreak, then become exciting projects.

Whenever she experiences heartbreak, Mechelke said she feels a tension in her body driving her to write down her emotions and release her feelings. Usually, she will find a way to connect her emotions to a metaphor.

Mechelke said her songs allow her to convey her relationships with her faith, loved ones, nature and herself. In examining her relationships, Mechelke learned her first love is Jesus Christ.

Her first relationship did not end well, Mechelke said. But after feeling the emotions of love and heartbreak for the first time, she wanted to be able to have a fulfilling and uplifting relationship with someone.

“That really allowed the Lord to kind of swoop in and be like, ‘Hi, I want to have that place in your heart, not like a silly teenage boy,’” Mechelke said. “And I’m like, ‘OK,’ so it really transformed my perspective of the Lord and just increased my faith a lot.”