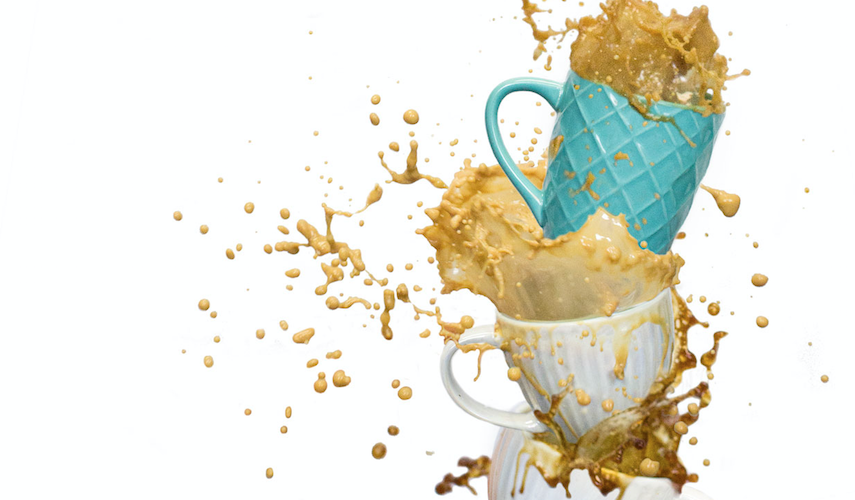 Caffeine culture at Pepperdine has always been prevalent, but many students say it has intensified with the addition of a Starbucks on campus, which opened in the fall of 2017.

“People love coffee and caffeine at Pepperdine,” Pepperdine junior Sarah Blase said. “People just go crazy over it. Ever since we got Starbucks, I feel like it’s made more people addicted to it.”

Pepperdine acquired a Starbucks with the completion of the Payson Library Remodel and Renovation Project. The coffee shop has become a hotspot on campus; and Pepperdine students claim it could be a reason for a possible increase of caffeine addiction on campus.

Whether it’s a cup of coffee from Starbucks or a soda drink from the vending machine, Pepperdine and the world have embraced caffeine and infused it with everyday life.

“I think I’m a little addicted to coffee,” Pepperdine senior Audrey Riedel said. “It’s a part of my morning routine. I feel like my day hasn’t really started until I have my daily cup of coffee.”

The World’s Most Used Drug

Caffeine, a central nervous system stimulant (CNS), is the world’s most widely accessible and used drug, according to a report published by the Journal of Young Investigators.

About 89 percent of U.S. adults consume caffeine regularly, according to survey results published in a study by Science Direct in 2018. Its prevalence in many drinks makes caffeine the most widely used psychoactive substance in the world. A psychoactive substance is a chemical that alters brain function and creates changes in perception, mood consciousness, cognition and/or behavior, according to ScienceDaily.

“Caffeine can be addictive, and it’s not necessary,” Susan Edgar Helm, professor of Nutritional Science at Pepperdine University, said. “It’s not a necessary component of the diet that you need to consume to be healthy. It’s sort of an added benefit.”

Helm said caffeine has an overall positive effect on the human body, but there are issues when people abuse the substance.

“With normal consumption, which is probably like two cups of regular coffee a day or one espresso, it keeps your body alert,” Helm said. “It keeps you interested and curious. It makes you more social and involved. It’s psychological, so you feel more energetic.”

The primary intake of caffeine for most adults in the U.S. is from coffee, according to the National Center for Biotechnology Information (NCBI). While a moderate intake of caffeine is recognized as safe by both the U.S. Food and Drug Administration (FDA) and the American Medical Association (AMA), abuse continues to exist and can have harmful effects.

“Probably the biggest negative with caffeine is that if you are addicted, and you don’t drink it for two or three days, you go into withdrawals and get major headaches,” Helm said. “Most people who withdraw from caffeine do get irritable. They’re not fun to be around, and they don’t feel the same because they don’t get the kick of their metabolism or energy.”

Blase said she has noticed that some people depend on coffee more than they should.

“I know people who have coffee every day, sometimes multiple times a day,” Blase said. “I think that’s abusive because you’re treating your body poorly when you’re making it run on caffeine for so long.”

“I have family members who have become so addicted to coffee that they get major migraines when they stop drinking it,” McCollum said. “They don’t go through the process of cleansing themselves of it, so I would say that’s an abuse.”

Pepperdine graduate student Joel Foster, who works at coffee shop Five 07, wrote in an email that the positive and negative effects of caffeine are circumstantial.

“It depends on the person,” Foster wrote. “For people that develop a reliance on it, I think it is negative. I also think people prone to stress and anxiety should avoid it. It heightens that overall sense of stress for people and the need to get things done.”

“What we’re seeing is students staying up until three in the morning and then taking six of these pills,” Helm said.

Helm said an abuse of caffeine can put students on overdrive, making them want to sleep in the following day and miss class.

“They’re a short-term gain, with a longtime loss,” Helm said. “It’s a drug. When you take a caffeine pill, you’re taking a drug.”

However, caffeine pills may be taken safely when using them as directed, according to an article by the Pharmacy Times.

The espresso shot, a very concentrated form of caffeine, is rich in flavor but can be just as dangerous as caffeine pills. Espresso, which is usually served as a shot by ounce, has more caffeine than a cup of coffee, according to an article published by Consumer Reports.

Eve Lovato, a junior at Pepperdine who works at the on-campus Starbucks, discussed what she sees as a Starbucks worker.

“Legally we’re not allowed to sell more than six shots, and people will come in and ask for eight shots,” Lovato said. “I think people will order them separately so they can still get them, but occasionally we’ll have to give them a warning and say that we’re not supposed to give you more than six.”

Some students will get double the maximum amount.

“I know someone that will sometimes get 12 to 13 shots,” Lovato said.

Lovato said cutting back on caffeine is a beneficial step to one’s health.

“I’m for [cutting back],” Lovato said. “It’s just hard to remind yourself and be intentional about it, especially in college when you think you need caffeine.”

“I think [caffeine] is the main source behind some of our soda drinks.” Helm said. “I think some people like the caffeine in them more than the actual soda drink itself. This is how big soda drink companies for years have gotten people to drink ridiculous amounts of chemicals.”

Some students at Pepperdine prefer soda drinks over coffee.

“I really hate coffee, so I never drink it,” McCollum said. “But I will have soda sometimes.”

These fizzy drinks are high in sugar, and health-related issues arise when you drink them quickly, frequently or with alcohol, according to HealthiNation.

Despite the negative effects of overuse, caffeine has a positive effect when used correctly. Caffeine has numerous benefits, including keeping people awake and allowing them to pay attention. The stimulant also increases alertness, enhances attention and reduces the perception of fatigue.

“It keeps your cortisol level, or stress hormone, up,” Helm said. “I think emotionally, it also gives you the energy to connect with others, and physically, your body likes to be alert.”

McCollum sees caffeine as having a positive effect overall, but recognizes some of the limitations.

“I think [caffeine] has a positive effect if you use it in moderation, like to help you wake up,” McCollum said. “But, it can definitely still be abused.” 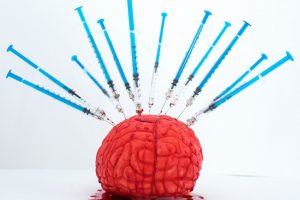 Photos by Milan Loiacono Channa Steinmetz contributed to the reporting and writing of this story. In the wake of a national...
Copyright 2013 Jupiter Premium Magazine Theme
Back to top