Corey Pieper to hit the South by Southwest festival stage 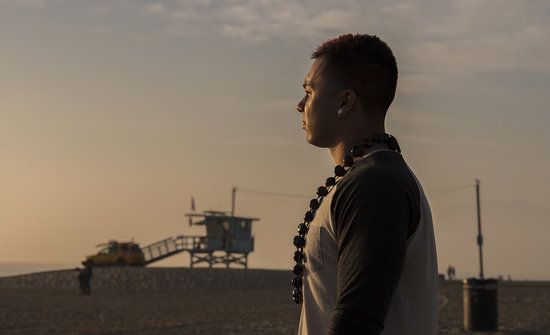 The Graphic got a sneak peek into the plans of Corey Pieper, a rising artist bound for stardom. From performing his first original song “Gingerbread Man” at a middle school party to opening packed shows for popular artists, Pieper is on his way to being a big name in the industry. Even with all of his momentous success he has not lost sight of his roots and hasn’t abandoned his character.

Pieper, 23, recounted his first experience with performance in middle school when he wrote a song called “Gingerbread Man.”

“That kind of like got a little bit of buzz from kids at our school,” Pieper said. “We would go over to little parties, and I remember one time I was at a party in Franklin [Milwaukee County, Wis.], and they were throwing dollars in the middle of the room to get me to rap the song, and I ended up making like 75 bucks that night just to rap the song.” 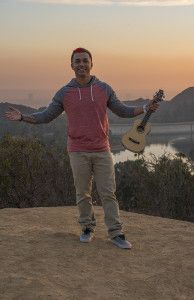 It wasn’t until a high school battle of the bands that he realized he had a developing passion for music. He formed a group with a friend called Uniqness. They formed their group to give some friendly competition to the football stars who already had their own group. They set a record at the battle of the bands that year with the most attendance there had ever been. Even then people were turning out in large numbers to see Pieper perform.

“It was actually that moment when I was on-stage looking out at everybody after we performed, and everybody was cheering, and the gym was going crazy, and I was just like, man, I could really see myself doing this,” Pieper said.

Pieper was signed to Good Fight Studios in 2010 and released his first album, “C-Piepz” in 2012. He received his management deal with Attention Era Media that same year. His music combines hip-hop with pop and an island flavor. Pieper further defines himself by keeping all his music clean.

“There’s no sex, there’s no drugs, there’s no alcohol, no violence or gangs, nothing. It’s all just feel-good music. I can pretty much perform in front of anybody in any environment — I mean you can put me in front of a church, and I could perform, and it wouldn’t be any problem.”

Pieper strives to be a role model for his fans, which is one of the reasons he chooses to keep his lyrics clean and his vibes positive. He wants to make sure he promotes positivity through his influence as an artist.

“I feel like a lot of artists don’t realize how much influence they have over the younger generation. I just feel like I would rather take that opportunity to do something good instead of contribute to the problems that we have in the world,” Pieper said.

The other reason he chooses to keep his lyrics clean is because he has a 4-year-old son. He also looks to his son as one of his motivating factors for taking his music career to a professional level from a hobby when he did.

“I see how much he looks up to me … which is another reason I’m glad my music is clean, so he can actually listen to it and enjoy it and show it off to his friends and stuff,” Pieper said.

Off the stage, Pieper has enjoyed success on YouTube with a video that went viral. He did a cover of Flo Rida’s “Whistle,” which has garnered nearly a million views and recognition by many, including a producer for “The Voice.”

He said he went through a private audition for the show in 2013 and was chosen to move on to the next round. The judges loved his unique style, especially since he wasn’t the traditional type of singer seen on the show. He was flown to Los Angeles and although he was ultimately cut in the last round, he said the overall experience was valuable to his development as an artist.

Many budding artists choose to move to bigger markets, such as Los Angeles or New York, to become successful. Pieper, however, represents his hometown of Milwaukee, where he still lives, wholeheartedly and feels no need to abandon it for success. He wants other artists, especially those who hail from Milwaukee, to realize this as well. He points to the Internet with YouTube and social media as sources for getting your name and talent out there without leaving home behind.

He spoke of Steven Philip, known as Philly Fly Boy, who shoots his videos. Philip, who is also from Milwaukee, is a well-known MTV director and has worked with big name artists such as Justin Bieber, Wiz Khalifa, J. Cole, Trae Tha Truth, T.I. and Lil Wayne on videos. Pieper will continue to work with Philips on the upcoming videos he plans to release throughout the year.

Pieper has worked with other successfully budding artists such as Jojo (2011), Timeflies (2012), Iyaz (2012) and SoMo (2013). He has opened for their sold out shows and says working with them was an “eye-opener seeing how much power you have.” He also admired how all of the artists he worked with handled themselves.

He will be releasing six to seven original singles with videos shot by Philly Fly Boy for each, an EP scheduled for release during the summer, and he will begin doing cover and remixes of popular songs which he’ll post on YouTube. Pieper was in LA in January shooting the video for his new single “One More Time” that will be released soon. He has also been booked to perform at the South by Southwest music festival on March 12. “It’s definitely going to be a big year we just got to try to stay true to the deadline,” he said.

Whitney Ashton and Shayla Girardin bring you the top stories for this week's issue of the print paper. Team Oscar winner...
Copyright 2013 Jupiter Premium Magazine Theme
Back to top