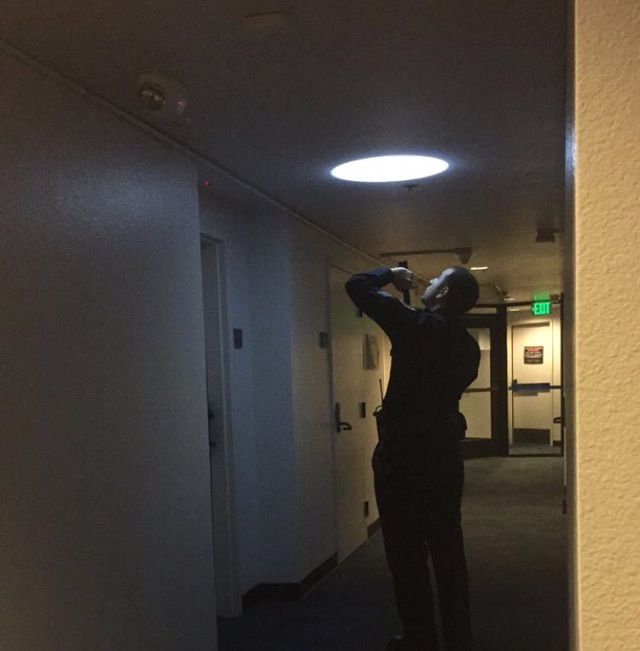 At 3:36 a.m. on Thursday, April 2, a smoke detector went off on the second floor of Towers. Students were evacuated and LA County Fire Department was dispatched.

Residents were let back into the building after a brief inspection. DPS found that the source of the smoke was a burned out light bulb. The fire department was cancelled after DPS completed an inspection of the building.

“Florescent bulbs have a safety feature that gives off a small amount of smoke when a light burns out,” DPS Officer Rob McKelvy said. “When a fire alarm goes off, people are supposed to evacuate and the LA County Fire Department is dispatched. But as it relates to this situation, the problem was taken care of so the fire department was cancelled and we let the students back into their rooms so they could sleep.”