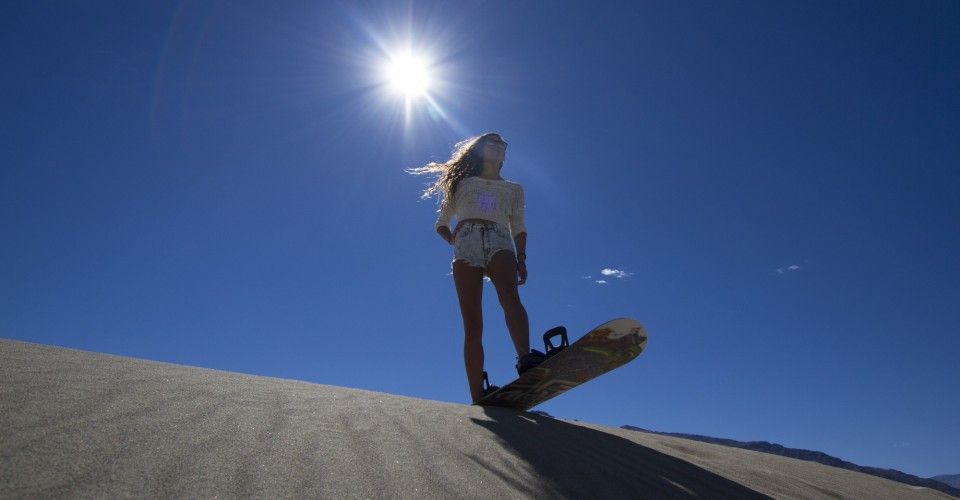 Pepperdine’s campus itself is particularly unfavorable for longboarding — unless you are a downhill speed skater and have a nonexistent permit from the Department of Public Safety. However, there are concrete playgrounds for any longboarder’s preference from the mellow Zuma Beach parking lots to Venice’s hectic boardwalk. Malibu is filled with hidden playgrounds for your two-chuck ride. The only trick is discovering them.

My first few attempts at longboarding were far from traditional and less than graceful. I’ve got the scars on my knees to prove it. My field record includes getting towed by a rope attached to the surf racks on my blue Honda Fit, as well as tarp surfing (Google it!) on a rickety board down a gravelly slope.

I recently added another one to my list and went longboarding off-road on the trails by the Malibu Bluffs Park. The road below ended up being much better for skateboarding than the terrain we traversed to get there, but the adventure of getting to it created another radical, daring experience to add to my list of longboarding shenanigans. Packed dirt only takes you so far until a buried rock jumps up to sabotage your flow.

The sun was beating on the hillside I was riding down, and I was dustier than a kid in a sandbox. When I cruised farther down the hill, I found a bald, sandy knoll in the midst of the cactus and chaparral. From it descended a faint path to the welcomingly smooth asphalt of Malibu Road.

Gliding down the pavement felt like riding on a magic carpet compared to my attempt to trailblaze the Bluffs. As the dying sun sank lower in the sky, everything around me absorbed the rich, golden hues for which the California coast is renowned. Even though the slopes and lack of sidewalks worried me, I found that the joy that came from the connection between the board and my body far overrode my instincts for self-preservation.

I still prefer wave-sliding over concrete-gliding, but my initial experience on a longboard was addictive. I think I can now approach it with normal expectations rather than just assuming that I’m going to fall on my face. I’m ready for the next time my feet leave the stability of earth for a four-wheeled magic carpet ride. 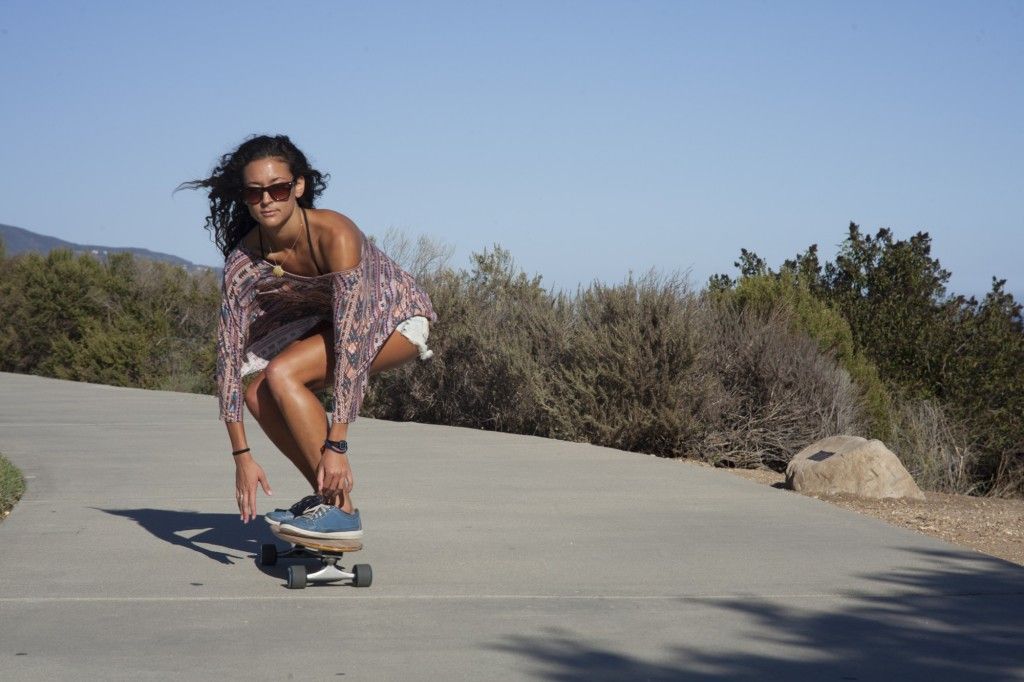 Sliding down the surface of a substance as unique and mysterious as water is something I don’t think I will ever get used to. There is a supernatural synchronization to the interaction between the human body, a surfboard and the energy that flows through the ocean. Each wave is unique, and so is every rider.

Both mind and body are drawn to the challenge of a continually fluctuating playground and I am enamored with the elusive properties of wave-riding that I doubt I will ever master, yet will always pursue.

I love watching the sunrise, but I am naturally nocturnal and that makes the late nights easy and the early mornings extra challenging. However, one of the greatest motivators to rise me out of my cherished slumber is the joy of being in nature and the allure of an adventure that begins before the sun is awake to accompany it.

With this excitement on my mind, I woke up on a Saturday morning before the stars had quite relinquished their control of the sky, and I headed north. When my friend and I pulled up to Leo Carrillo State Beach, it seemed as if King Midas had seized the horizon and an epidemic of gold was slowly spreading across the morning sky.

We stood in awe for a few moments, appreciating the masterpiece that was being painted before our sleepy eyes.

As the gold-rimmed clouds were being colored in with peach and orange and lilac hues, I paddled out on a glassy ocean that reflected the sky. When I got out past the breaking waves and sat up on my board, I found it difficult to distinguish between the heavens and the ocean other than that the continuation of sky below the horizon rippled and swelled.

I tend to be a shy surfer, and I do my best to avoid dropping in on anyone — this usually means I only catch the leftovers from the surfers on longer boards. On this morning, the same rules of conduct applied. However, instead of measly, leftover waves, I caught three solid, shoulder-high gems that took me on long, smooth rides that I now consider some of my all-time favorites. Three waves in two hours isn’t a particularly good ratio; however, neither time nor quantity have much influence when your levels of joy surpass optimistic expectations and unfavorable statistics. 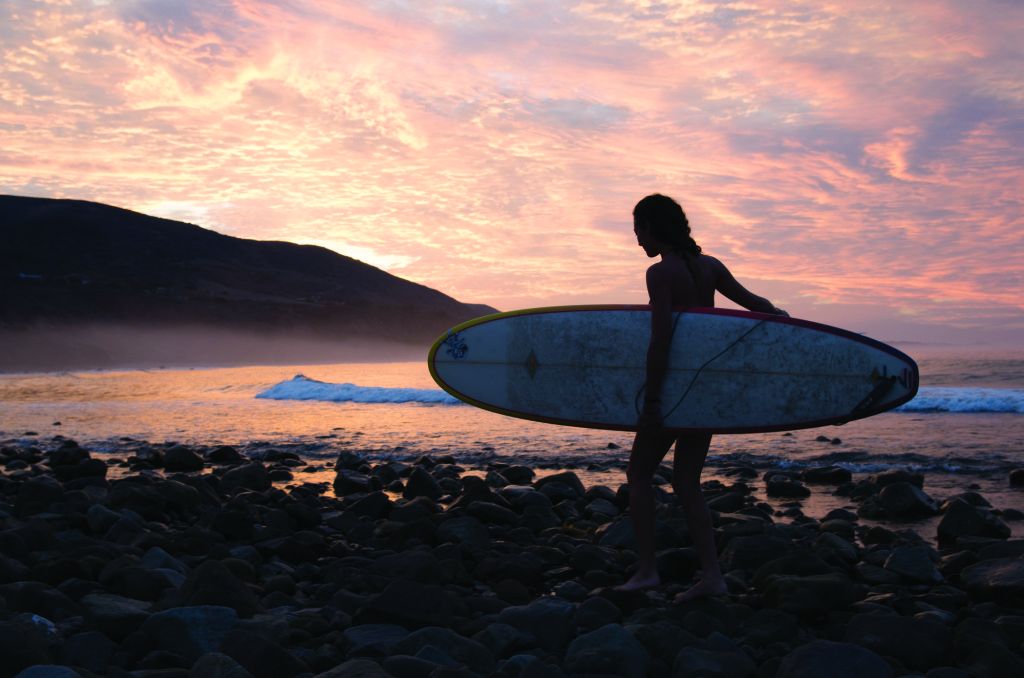 It was only 98 degrees Fahrenheit in the depths of Death Valley, which is not too bad for late summer. Yet the heat was smothering and the glaring sand acted as a mirror to the sun’s blazing intensity. We were weary from a 5 a.m. wake-up and a five-hour drive to Death Valley National Park, arriving at one of the hottest points in North America at the hottest time of the day.

The sun, at its zenith, was beating down on the valley, trying to keep the humans withering under its gaze from any sort of physical exertion. Undaunted, my group and I cast off into the sand dunes with cameras, lots of water and an out-of-place snowboard to find desert waves.

For me, the most challenging element in sandboarding was that the actual proportions of the dunes were distorted by the endless stretches of sand that left nothing against which to juxtapose them.

I’ve only been snowboarding once, but sandboarding is fundamentally different. I can tell you the heat and the hardness of the sand create friction that causes the rider to move slower than if he or she was on a comparable slope in the soft snow. But I would also say that the burning sensation from ice on bare skin is very similar to the feeling of hot sand.

Compared to surfing and longboarding, sandboarding falls somewhere in between. Sand dunes are not as ephemeral and fluctuating as waves, nor as stationary as concrete slopes. Dunes are shaped by the wind, so they can change completely within hours. They are composed of pieces of solid matter, yet shift with one’s passage down their slopes. The experience of sandboarding is so wonderfully unique, and while the heat can be miserable and chairlifts are not (yet) an option, the rush of riding down mountains of sand, coupled with the triumph of hiking back up to conquer them again, is exhilarating and addictive.

Novice sandboarders should turn Death Valley into a weekend camping adventure — there is so much to see. Go during the winter to beat the heat, and don’t be afraid to tumble on your rides, because it will happen. Just be safe and embrace the sand in your hair and pockets. There are lucrative lines of sandboards and products emerging on the market, but there is no harm in trying an old snowboard first to find your edge. 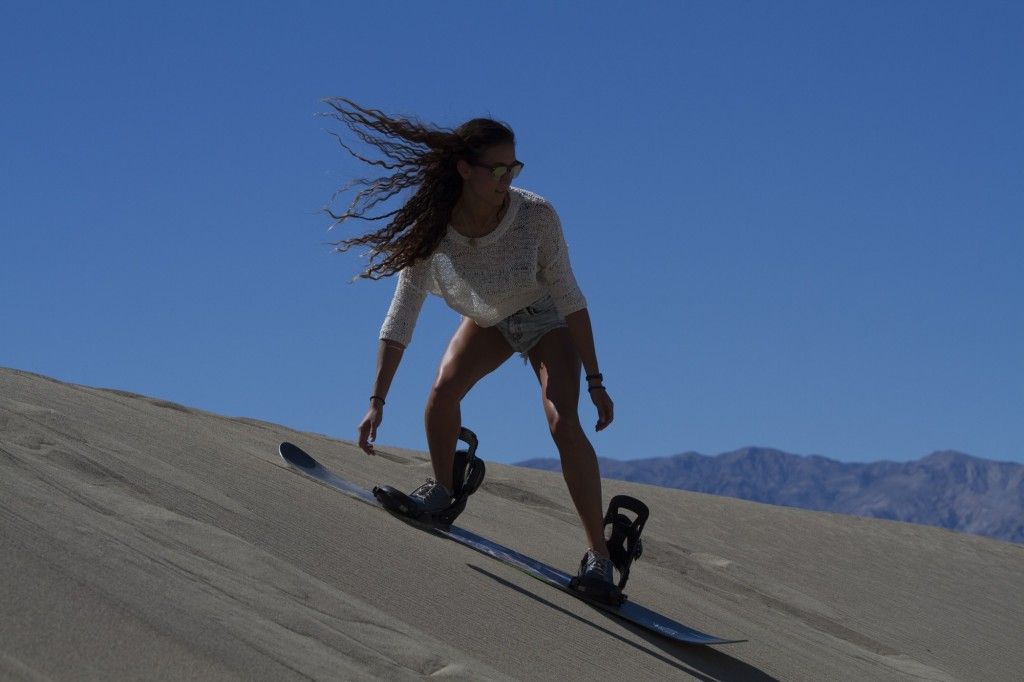 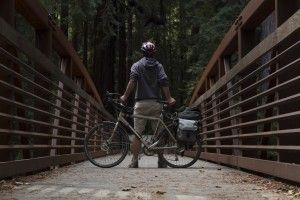 Photos by Daniel Caso Looking over the cliffs of Big Sur, the universe seems whole. Perhaps it’s only romanticism that...
Copyright 2013 Jupiter Premium Magazine Theme
Back to top