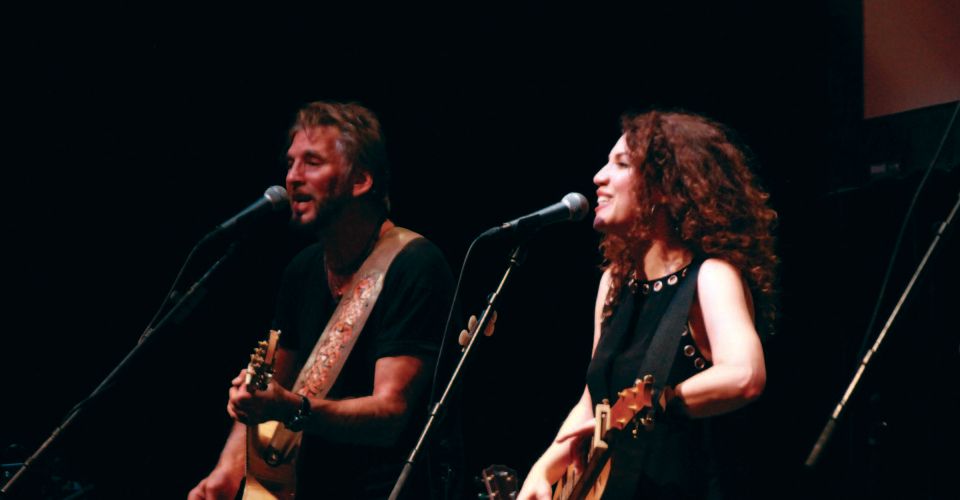 “Don’t even count us in,” Kenny Loggins said to his bandmates. “Just do it.”

Loggins, Georgia Middleman and Gary Burr — the three members composing Blue Sky Riders — kicked off their set Saturday night with “Finally Home,” the title song of their 2013 album. Though Pepperdine students appeared to be few and far between in the crowd, Smothers Theatre was packed with loyal fans.

The country-rock band is in the middle of their “Kickin’ It Back Tour,” showcasing their newest album, “Why Not.”

“This is the first run on the new album, so we are really excited to be coming to Pepperdine,” Middleman said.

Aside from the “Why Not” album cover projected on a screen, the only decor on stage included three black stools and an array of acoustic guitars. Burr sometimes exchanged his for a mandolin, and Middleman whipped out a dulcimette for a few songs.

With Burr and Middleman married for three years, the group was clearly at ease on stage. They poked fun at one another, explained the backstory behind each song and chatted casually while tuning their instruments. They made themselves at home, or rather, made us feel like we were sitting on their living-room couch back in Nashville.

Sixty-seven-year-old Loggins, who has won two Grammys and recorded 12 platinum albums, began to share how Blue Sky Riders came to be. He paused as he searched for the right words.

“You better tell the story, or Gary will start talking,” Middleman said.

Loggins explained that he and Burr were recording for Loggins’ 2008 album, “How About Now.” Loggins told the Graphic that the two were musically “kindred spirits.”

“And I had to point out that I would have been seven,” Burr joked.

Loggins suggested making the band a trio. Burr said he was on his first date with Middleman when Loggins called and proposed the idea.

“Nothing makes a date end well like taking a girl miniature golfing and then saying, ‘How’d you like to be in a band with Kenny Loggins?'” Burr said.

“I thought he meant Kenny Rogers,” Middleman laughed. “I was so excited. I love Kenny Rogers.”

The trio was eager for crowd participation, asking everyone to shout lyrics in the song “I’m Lucky Like That,” which is from the newest album.

“We just wanted a song where we could yell at people,” Burr said.

Burr played his original, “A Thousand Wild Horses,” which he said was either about “a migraine or crystal meth.”

When the audience cheered extensively, Burr started strumming the intro another time.

“Sometimes people ask me why I’m starting a band at this phase of my life, and that’s why,” Loggins said, applauding with the crowd.

About halfway through the set, the three sat down on their stools and asked for song requests.

“Will you do that song that I like that you never do anymore?” Loggins asked Burr.

“This song has never been recorded,” Burr said, strumming a song co-written with Richard Marx. “I’m going to try and talk and remember it at the same time.”

After Burr’s solo, Middleman sang “Table 32,” a personal narrative on being a waitress in Nashville.

Next was Loggins’ “Return to Pooh Corner,” which he said he wrote during his senior year of high school. The entire audience seemed to know the words. After the applause, Burr shouted:

When a woman in the crowd asked for a sensitive ballad, Middleman turned to Burr.

“Remember the intro,” she told him.

“Well, you screwed it up last night,” Middleman said.

“Can you tell that they’re married?” Loggins asked. He signaled for Burr to stop playing. “Wait, I need to find the harmony.”

“You don’t mind if we rehearse in front of you, do you?” Middleman asked.

No one minded — in fact, people in the crowd shouted comments, suggestions and affirmations as if a concert in Smothers were a normal setting to have a conversation.

After playing what Burr called “a smattering” of new songs off “Why Not,” he began to wrap up the show.

“We have come to the point in the evening where we have reached our pretend last song,” Burr said. “We all know what’s going to happen. But we have to pretend like we don’t. I don’t know why.”

After playing “Just Say Yes,” they took a bow and put their instruments back on for an encore.

“That was unexpected and shameless on our part,” Burr said. They held off on starting right away, each tuning their instruments to the right key.

They closed with their songs “Why Not” and “Little Victories.” Middleman thanked the crowd for its support, even pointing out a few Facebook fans by name.

The Blue Sky Riders will hit the road for a concert in San Juan Capistrano and finish up the “Kickin’ It Back Tour” in Kentucky. After that, Loggins said the group will focus on officially releasing “Why Not.”

With Loggins in Santa Barbara, Middleman and Burr stationed in Nashville and each member recording his or her own projects, Loggins said he doesn’t know what’s next on the horizon for the Blue Sky Riders — although “Why Not” is definitely not the band’s swan song.

“When it hits maybe 1 million units, we’ll go back and record another one,” Loggins said.

Until then, keep up with the Blue Sky Riders on blueskyridersband.com. 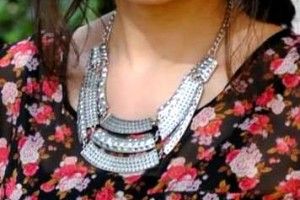 Photo by Priyanka Harania After coming to Pepperdine from Kenya, a country rich with both culture and diversity, I find myself...
Copyright 2013 Jupiter Premium Magazine Theme
Back to top