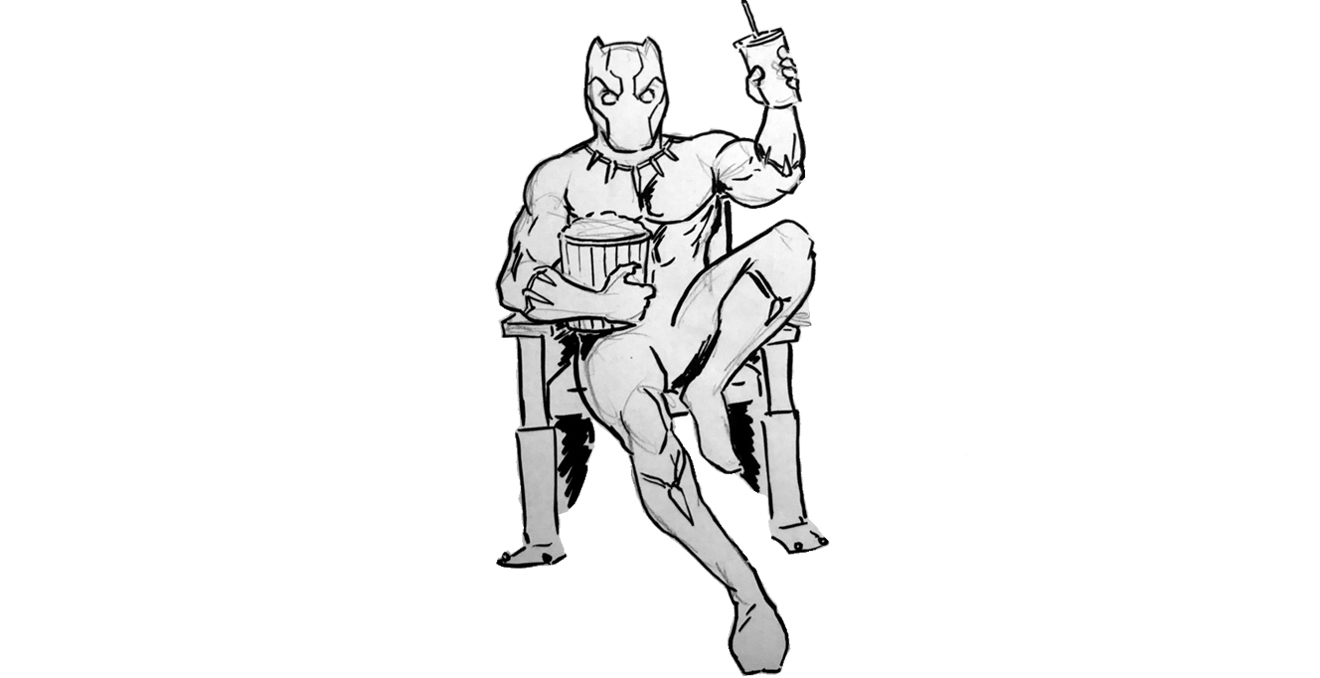 Marvel’s “Black Panther” won’t be hitting theaters for another few weeks, but it refuses to stop breaking records anytime soon. “Black Panther” is the first of its kind, and its record-breaking pre-release popularity has the potential to tie in multiple generations of Black moviegoers in a way that has never been done before.

As of Jan. 10, Black Panther surpassed “Captain America: Civil War” for the most pre-sale tickets sold within the first 24 hours for any Marvel movie on Fandango, according to the Independent. When its teaser trailer premiered in June 2017, within its first 24 hours it broke its first record of earning 89 million trailer views, making it the “tenth most viral movie trailer of all time,” according to Elite Daily. Last but not least, Twitter declared the film one of the most tweeted about films of 2017, the only one on the list that had not been released last year.

This anticipation is exciting, but it means nothing unless the film delivers at the box office.

It is absolutely critical for the movie to surpass expectations and gross enough in sales to remind Hollywood that films with a primarily Black cast and a Black director are profitable and worthy of a chance. Sure, Black actors get their few seconds of spotlight through Netflix originals such as “Dear White People,” or with inspiring yet fairly depressing biopics such as “Selma,” or “12 Years A Slave.” “Black Panther” is unique because has an opportunity to show Hollywood that Black actors can be more than just thugs, or gangsters, or the comic relief in order to bring in the cash for major movie studios.

Writer Scott Mendelson outlines the circumstances of supporting films like “Black Panther,” stating, “supporting more diverse movies in Hollywood requires a little extra work,” in “‘Black Panther’: Just One Chance For Moviegoers to Vote with Their Wallets,” published Jan. 16 by Forbes. It shouldn’t be the case for films that don’t exclusively feature White main characters, but voting with one’s ticket seems to be the only way these more diverse and more inclusive narratives are able to get their time to shine.

People are excited about the movie, to say the very least. It’s seen in hashtags such as #WakandaSoLit and #WelcomeToWakanda. I see it in my friends’ faces as they talk passionately about their anticipation for the soundtrack being produced by Grammy-award winning artist Kendrick Lamar. I see it in trailer reaction videos in which Black people of all ages and nationalities are nearly moved to tears at the fact that they get to finally witness the first Black mainstream comic book superhero come to life on the big screen.

It’s not just any other superhero movie, but it is the superhero movie that could finally give Black actors, Black directors and the often forgotten market of Black people a chance to finally be recognized in a new light.