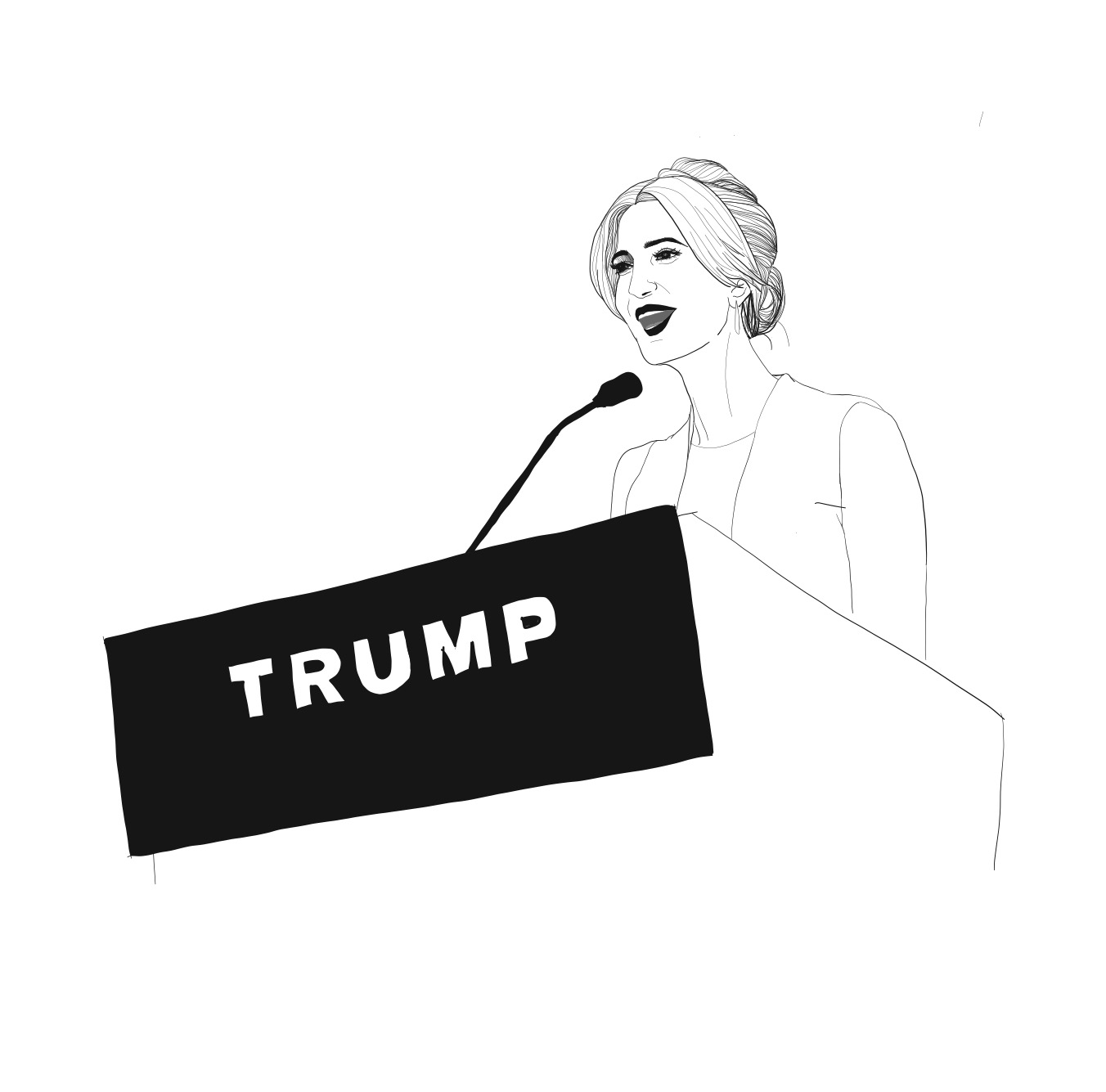 Ivanka Trump represents the last bastion of moderate Republicans still supporting President Donald Trump’s dysfunctional administration. She allows these reluctant Trump voters to legitimize their support of him. If someone as seemingly polished, progressive and intelligent as Ivanka Trump believes in the Trump presidency, it’s OK for moderate Republicans to still support the nominal head of their party. Despite this brand she built for herself, she has remained silent as her father’s administration threatens the very communities she claims to support.

Donald Trump began his bid for the White House by claiming that most Mexican immigrants were rapists or bringing drugs and crime. He continued throughout the rest of the primaries to insult his way to the top. With nicknames like “Lyin’ Ted Cruz” attached to his opponents, he chanted “build that wall” without presenting any real policies to go along with it.

This brings it back to Ivanka. At the Republican National Convention in July 2016, Ivanka appeared as her father’s character witness.

With all the grace and poise of a woman raised among the wealthiest of American society, she sang the praises of her father, a man who would be there for working women. This, juxtaposed with resurfaced videos of Trump saying a working wife was “dangerous” and a pregnant employee was an “inconvenience,” gave moderate or establishment Republicans hope for a glimmer of sanity in the 2016 Presidential Election.

That glimmer quickly faded, however, as Trump’s “grab ’em by the pussy” scandal emerged. Donald Trump the feminist? It seemed not, yet Ivanka Trump stood by her father’s side, saying simply that his words were “clearly inappropriate and offensive, and I’m glad that he acknowledged this fact with an immediate apology…” This statement, paired with Trump brushing it off as “locker-room talk,” epitomized the inconsistency of the campaign Donald Trump was running and the one his daughter was running on his behalf.

Now in the age of the Trump presidency, the Ivanka Trump brand has become more clear. She stands as a pillar of class among the outbursts of her father and his administration. She seems like the voice of reason, but she is, instead, an investor in the craziness of it all.

When Nordstrom announced it would quit carrying the First Daughter’s clothing line in February, Kellyanne Conway, counselor to the President, promptly told Americans to “go buy Ivanka’s stuff.” The statement was immediately met by a firestorm of ethics complaints and even prompted a San Francisco retailer to sue, saying her father’s position gives her brand an unfair advantage.

This accusation could be true considering Ivanka’s line had a record month in sales following Conway’s statement.

Ivanka Trump was announced as an official, unpaid advisor to President Trump on March 29, despite the many accusations of nepotism. The brand she has built for herself makes this official position seem like the saving grace of women and moderate Republicans in America. However, Ivanka’s calculated allegiance to her father’s tumultuous campaign and presidency, in addition the personal benefits she has reaped from them, reveal a woman in search of profit and power.

It is easy to make Ivanka the hero. Poised and intelligent, she provides a respite from the chaos of the White House. However, it is crucial for Americans to remain vigilant and fully examine this administration’s decisions.