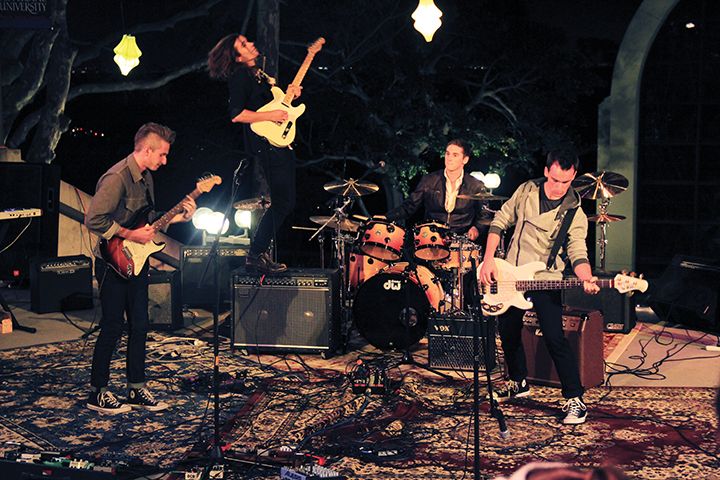 The Board’s Battle of the Bands event started off the month of November with a loud, artistic bang. There were five performances by Pepperdine students and each act competed for the opening slot in this spring’s concert, Humaliwo.

There were free churros and lattes provided for those who attended the event.

The amphitheater was designed with carpets, lanterns decorative lights and much more. The ambiance and decorations offered an authentic coffee-house inspired theme.

In no particular order, the band names included, Lately, John Anderson, Sean Graves, Flagellum and Timsh’l. Each said the gave the performance of their lives before a large crowd of the student body. Watchers found each performance personal, engaging, entertaining and unique in every aspect.

“I thought it was really interesting how the event was set up,” freshman Gabriella Chan said. “The voting system ran smoothly, and by the energy from the audience, I think the Battle of the Bands was a success.” 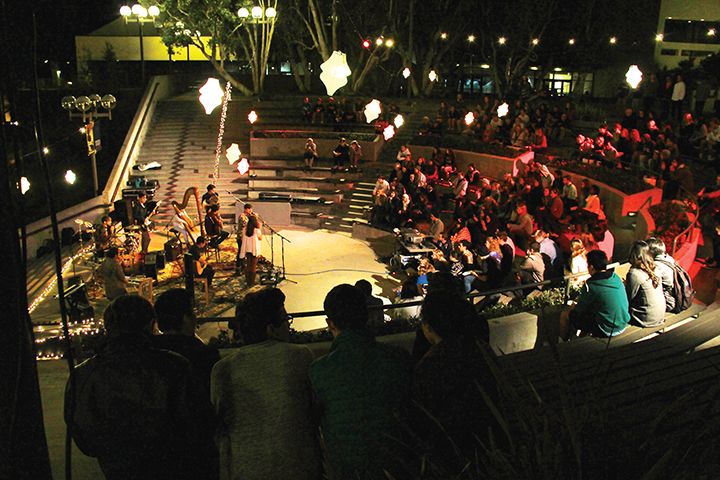 Each artist/group performed a single song they chose to gain votes from watchers. Each vote improved each performer’s chances of moving on to the next round. Only two acts were to move on and each act was hand picked anonymously by the crowd via text message. The Board announced that they received more than 200 votes from watchers to pick the two finalists.

“I thought the event was really great,” junior Brittni Moore said. “It was cool to see the talents that fellow students embody.”

The Board stressed to the crowd and to the artists that this event and voting system doesn’t define the artists’ talents and ability to perform. However, it is inevitable that only two performers move on in order to select a winner.

The suspense was palpable among the crowd as the Board initiated a drumroll to set the mood for revealing the acts that would move on. The two finalists were … drum roll please… Timsh’l and Sean Graves.

The crowd went wild as the band members jumped around with joy and relief as they looked forward to moving on to the next and final round.

Each of the two acts chosen performed another song of their choice to persuade watchers to submit their votes and pick a winner.

The winner of the Battle of the Bands and the opening act for the Humaliwo concert is the band Sean Graves. Members of the band include Sean Graves on vocals and the guitar, Jo Darko on the guitar as well, Alex Keating on the drums and Ryan Heffernan on the bass. 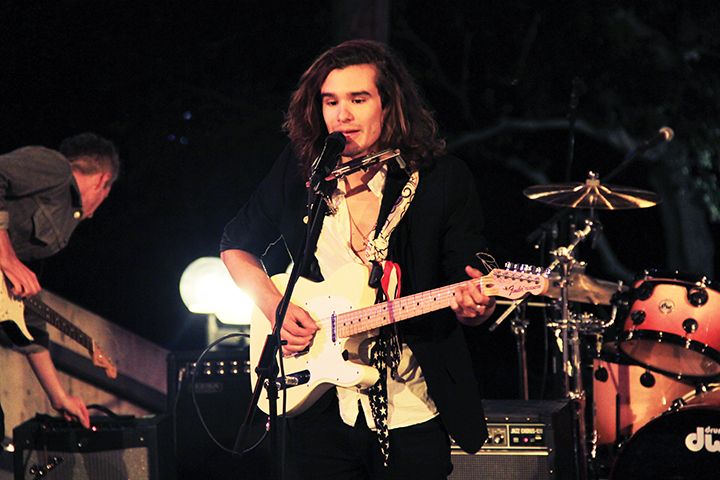 “At the time we were just happy to play the second song we did,” Darko said. “But now that we won, it’s something else to look forward to.”

To end the night, the winning band performed their final song for the night. The lead singer enthusiastically jumped on the amplifier and showed great excitement for having won. The entire group was psyched, according to Darko.

“I think we were more excited while we were playing than when we found out we won,” Graves said.

Chan said she enjoyed the opportunity to watch her peers perform.

“The bands, decorations, food were all good, and I wish we had more events like this so students can get involved within the school’s community more,” Chan said.

Moore felt that the bands were amazing and the voting was efficient.

When asked how he felt about the peer voting system, Graves said, “That’s kind of the whole concept of Battle of the Bands, to see who can get the crowd on their side kind of thing,” Graves said.

Graves was part of the band “The Graves,” based in Los Angeles, before deciding to branch out and pursue an independent career. Graves’ previous band was comprised of himself and his two older brothers. He was the vocalist and guitarist for that band as well.

After high school, Graves said he was able to focus less on school and more on his passion, music. He and his band were able to perform more and get their name out there. His band previously had one of their singles placed in the movie “New Years Eve.”

“It’s weird going from the lifestyle of recording, playing music, shows, signing autographs and taking pictures with people to struggling in classes with a bunch of freshmen because I transferred here and still have to take the GEs and everything,” Graves said.

Graves stressed that his band wasn’t “famous” by any means, but there are some people out there that know his name and his band and he’s very grateful for that.

Graves met fellow guitarist Darko in mutual classes because Graves has a classical guitar minor while Darko is a classical guitar major. Darko has known Graves and his brothers since last year, his freshman year, when they “jammed” together multiple times.They both feel that their hard work has truly paid off by winning the Battle of the Bands.

Graves played in the Battle of the Bands last year as a bassist for the winning band “Lady on the Moon.” This will be his second time performing in Pepperdine’s annual spring concert.