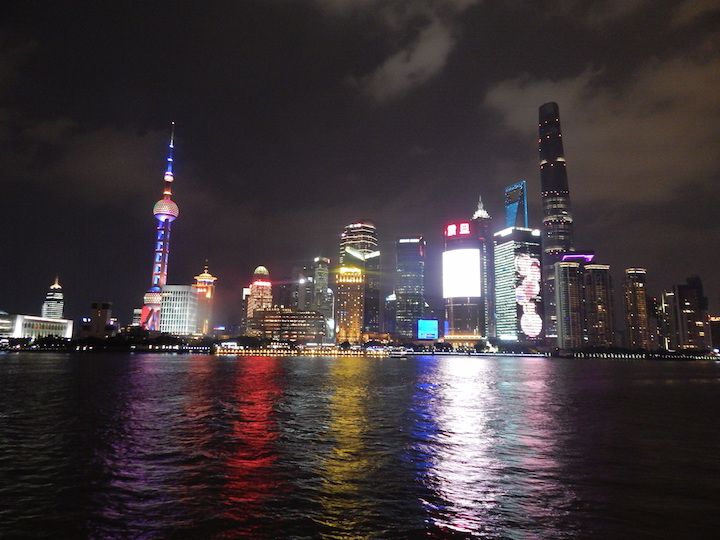 One of my recent favorite things is replacing every song’s mention of New York love with Shanghai. Needless to say, I’ve been singing my rendition of Taylor Swift’s “Welcome to New York” everywhere since I developed a love for Shanghai, since spending the summer at this “New York on steroids” for Pepperdine’s summer internship program and especially as we landed in Shanghai’s Pudong International Airport on Thursday September 9th.

However, this time I realized there was a better song I could use to describe my feelings: “Back in the USSR by the Beatles.”

And although I could go on and on about why I chose to come back, I’ll keep the long explanation for a separate blog post. So, short explanation: I fell in love with the city and what this part of the world has to offer.

First off, yes it was a “dreadful flight.” A 12-hour flight from LAX to Seoul, South Korea, followed by a two-hour flight from Seoul to Shanghai is never a guaranteed good time. Please don’t get me started on the time difference calculations—I’m still jet-lagged. Although the flight was comfortable with meals given regularly and a diverse entertainment center in front of us, it was dreadful because I slept for only about an hour.

Yet, upon meeting up with the program staff at the arrivals gate, excitement overpowered tiredness. I ran to our Program Director Charlie Engelmann, Program Coordinator Gigi Zhang, Assistant Program Director William Wu, the Resident Assistants Shannon Markiewicz and Eric Rogers and Visiting Faculty Dr. Michael Folkerts with the most excited hugs I’ve ever given. The hour-long bus ride to the Jia perpetuated the wave of excitement as Shannon the RA and I talked about all the sights she had seen so far.

Once we got off the freeway, however, nostalgia hit. Seeing the Old Navy at the corner of Huashan Lu and Nanjing Xi Lu brought back all the late night memories of the Shanghai summer: getting lost after our first solo venture into the city, but feeling comfortably surrounded by the glamorous lights of Nanjing Xi Lu, walking home from hanging out in a bar in the French Concession, coming back in a taxi from a fun time at karaoke, or simply just a late night stroll around Jing’An Park. The late-night traffic was as crazy as ever and Jing’An Temple seemed to have fallen asleep while waiting for my return because all the lights were off this time. “Been away so long I hardly knew the place, gee it’s good to be back home,” I sang in my head as I thought about leaving it “‘til tomorrow to unpack my case.”

Eventually we pulled into the friendly archway at 532 Yu Yuan Lu and I was increasingly amazed that my happy energy was lasting so long. Before I knew it, I was settling into the Hainan room in Building 3, right next to the room I occupied in the summer. Then, around 1 a.m. Shanghai time, I contentedly passed out on my not-top-bunk bed.

So, pengyous, welcome to Shanghai, you’re in a Shanghai state of mind, and gee it’s good to be back home; I’m back in the P.R.C.