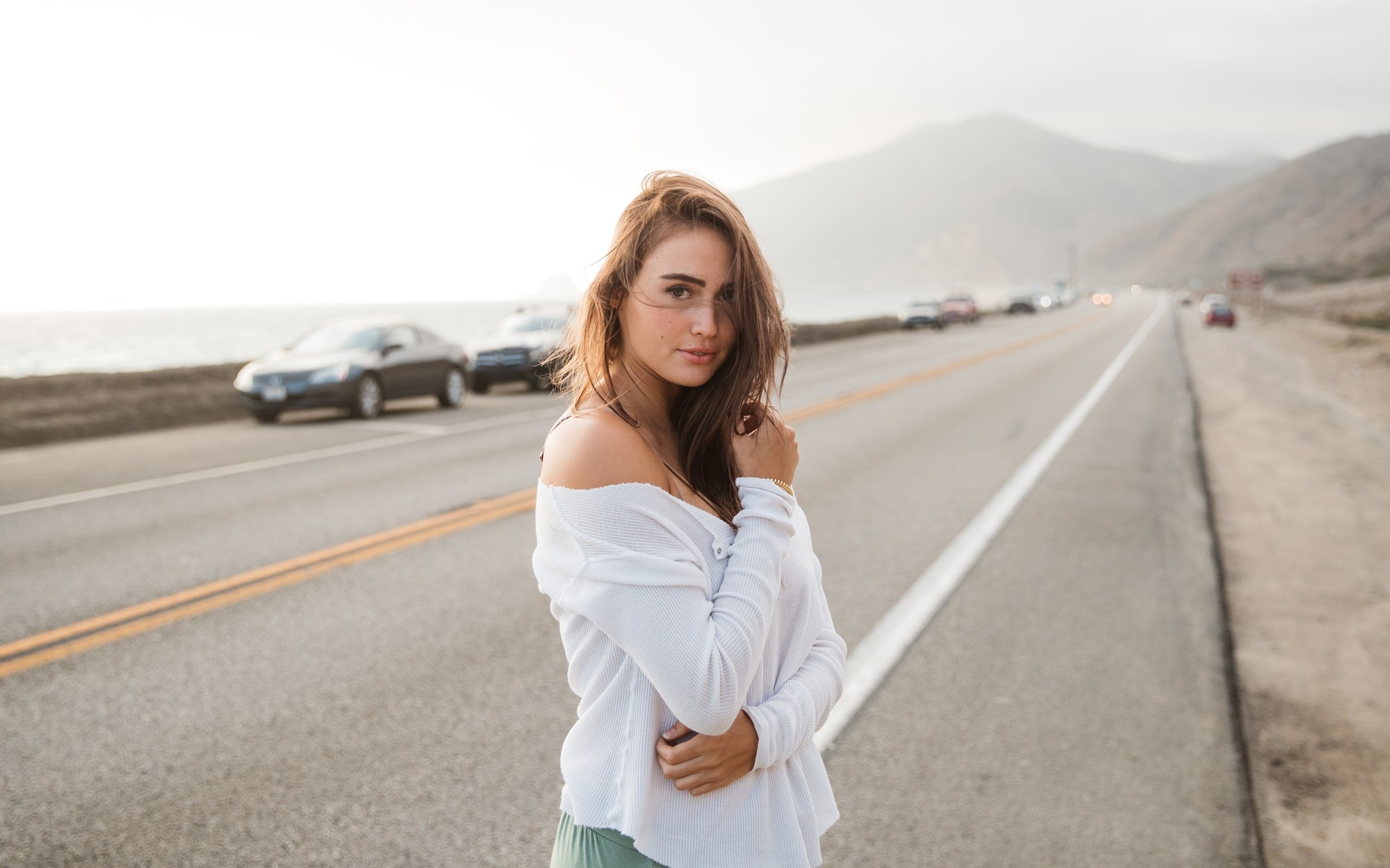 Junior Katie Nance’s starry night painting, her second painting ever, made her want to quit four times because she said she thought it looked like a mess. Yet, she kept adding details and more paint, and it materialized into a beautiful piece that she said will always hold a special place in her heart.

Nance is a self-taught artist who uses watercolor painting, design and writing as creative outlets. When she was in high school, Nance said she started painting as an escape from the stresses of school.

“In high school, people start to grow up and choose different paths, and my friends at that time were on totally different paths from mine,” Nance said. “Art was something I could do at home for four hours and just be in touch with myself. It was a huge creative outlet.” 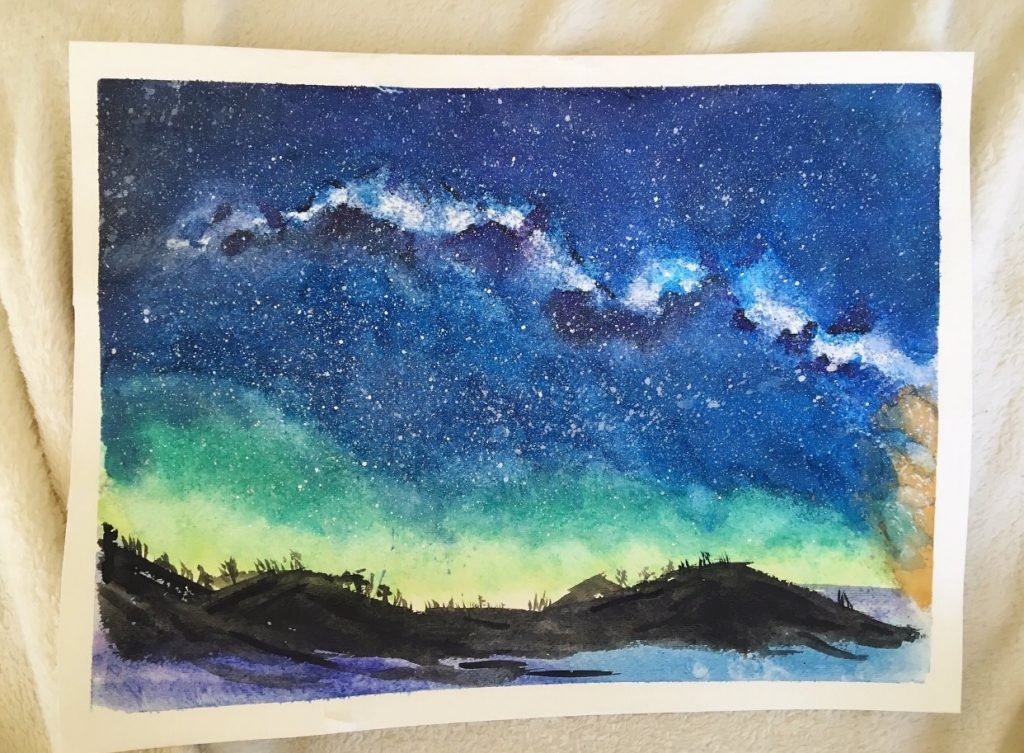 Nance is a Public Relations major and Philosophy minor, but still dedicates free time to developing her art.

Nance said her artistic journey started from a joke. Looking back, Nance said her favorite piece was her starry night painting because it was only her second painting.

“I was painting some stupid thing for a friend, and I went and bought the cheapest materials at Michaels, and I’m still using those,” Nance said. “I loved being able to look at a piece of white paper and look at it again in four hours, and it’s completely different. So the next day I painted a starry night. It seemed like I was just sitting and watching someone else do it and then i just did it.”

Nance said she believes the process of making art comes with a powerful life lesson.

“A lot of times it looks like a mess for the first two hours,” Nance said. “And I’ll think, ‘This is terrible, it won’t turn out well.’ But you keep adding to it and all of a sudden it makes sense. As cheesy as it is, that’s such a good life lesson. Keep going and pursue something you’re passionate about even if you feel like giving up a couple of times, and it’ll turn out if you want it to.” 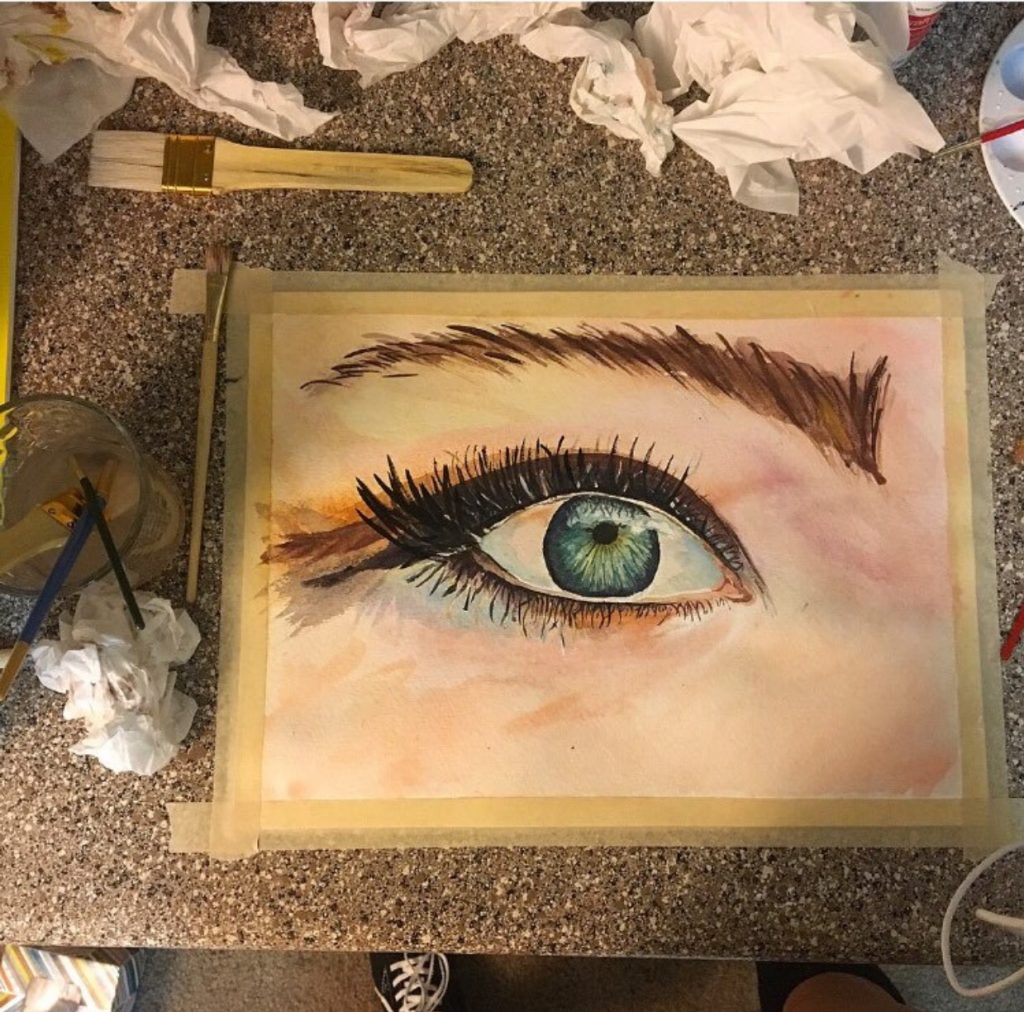 Nance’s current project is a magazine dedicated to mental health awareness. She said she hopes to release it in the next coming weeks as it was Mental Illness Awareness Week Oct. 7-13. She said her goal with the project was to make it fun and colorful to lighten up a “dark” topic, as well as make herself vulnerable if it means it makes other people feel they can be vulnerable when it comes to the topic of mental health.

“I was just thinking about how in middle school and high school we never had a class or sermon or anything to talk to us about what mental illness looks like and how to identify it in someone,” Nance said. “I’ve been noticing it in society too, how people’s ‘best images’ on Instagram are affecting others. No one’s talking about how it’s OK to not be OK sometimes. And so many people are living a terrible life because of these illnesses they’re unaware of.” 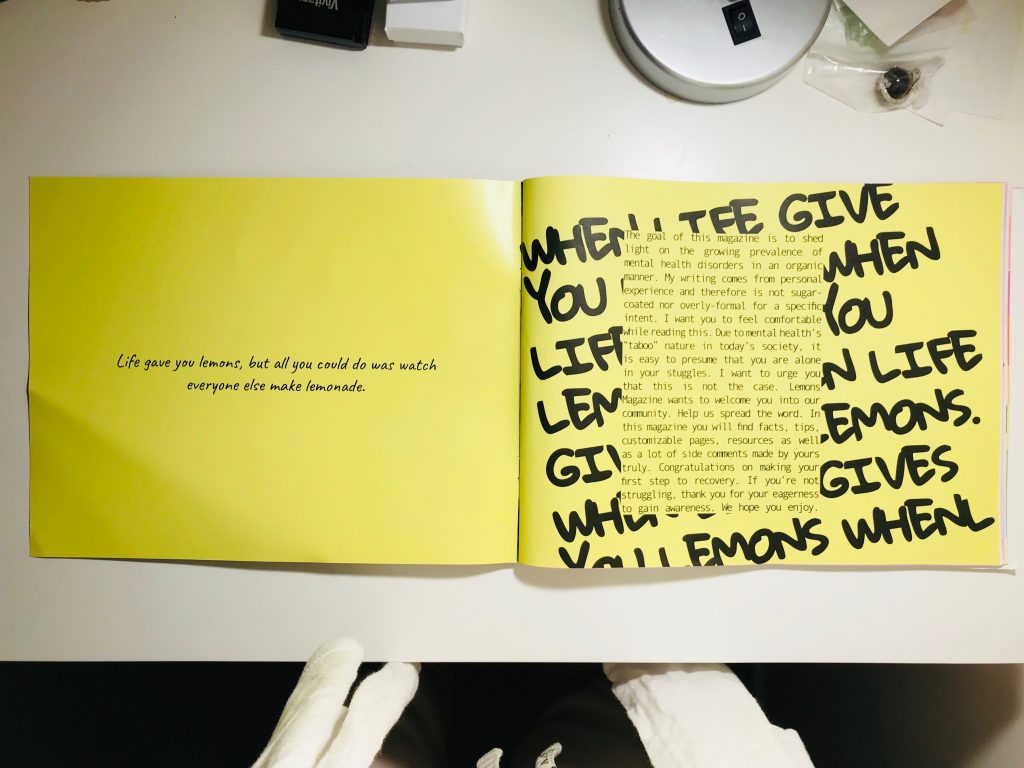 Whether it’s working on her magazine or on painting, Nance said anything can be art if one has a creative outlook on it.

“In general, it’s so important for people to get in touch with themselves,” Nance said. “Art helped me do it, but it’s not for everyone. Not everyone’s a creative person. Some people do it with math and science. Art is my way of showing people what I love. I hope people go out and find something that makes them feel how art makes me feel.”