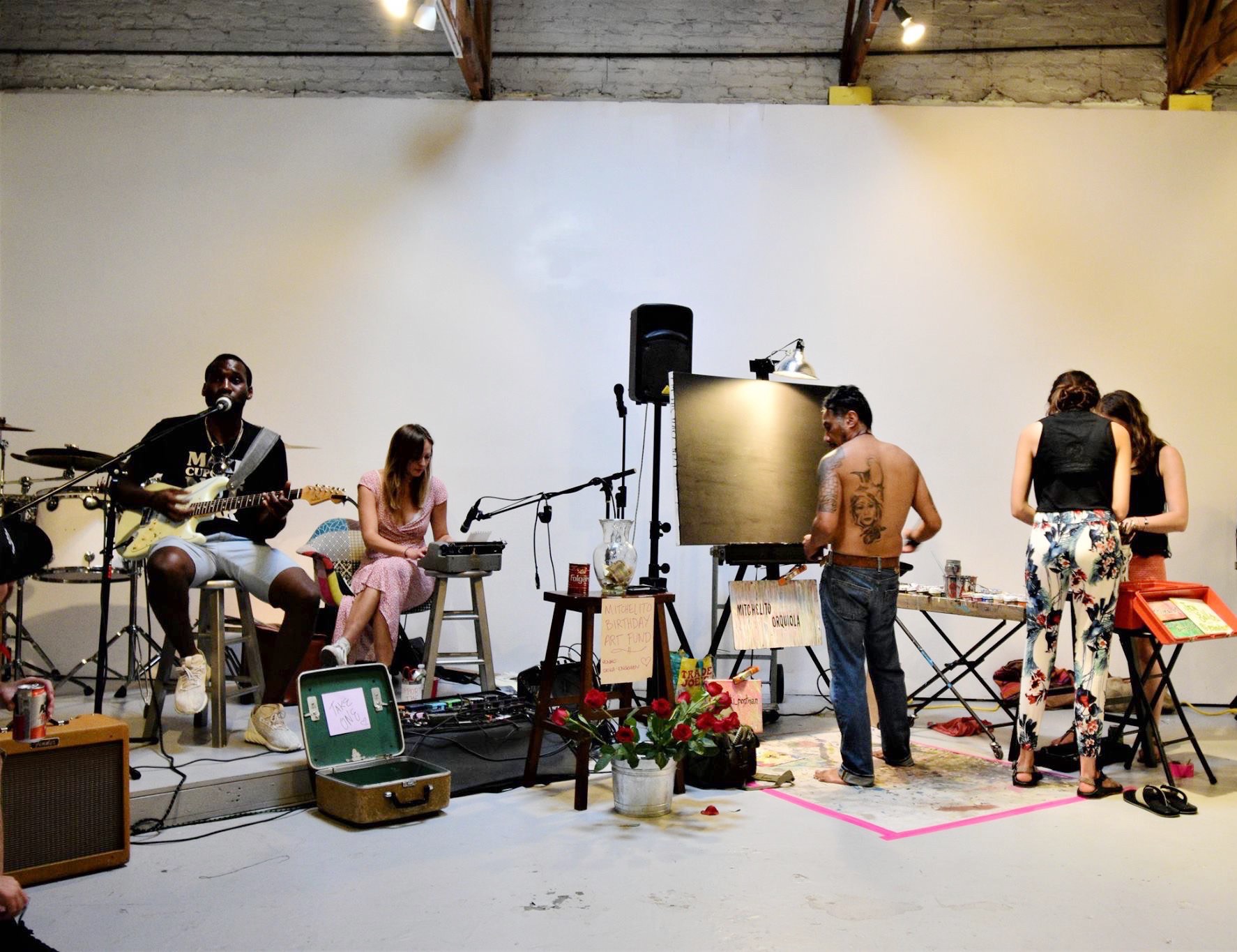 Comprised of painters, musicians, poets and occasionally dancers, the Night Owl Players are a collaborative group of artists who work on their respective crafts together.

Since 2015, the Night Owl Players have been performing around Los Angeles, most often at the Mar Vista Art Walk. While Venice has gained a reputation for fostering an artist community, with the LA Louver, Mosaic Tile House and street art, the Players have made Mar Vista their home.

“Night Owl Players is a multi-genre performance group of musicians who are singer-songwriters, poets who are also percussionists and live painters who start with a blank canvas and paint throughout,” said Mitchelito Orquiola, cofounder of the group. “It’s really based on music, poetry and painting.” 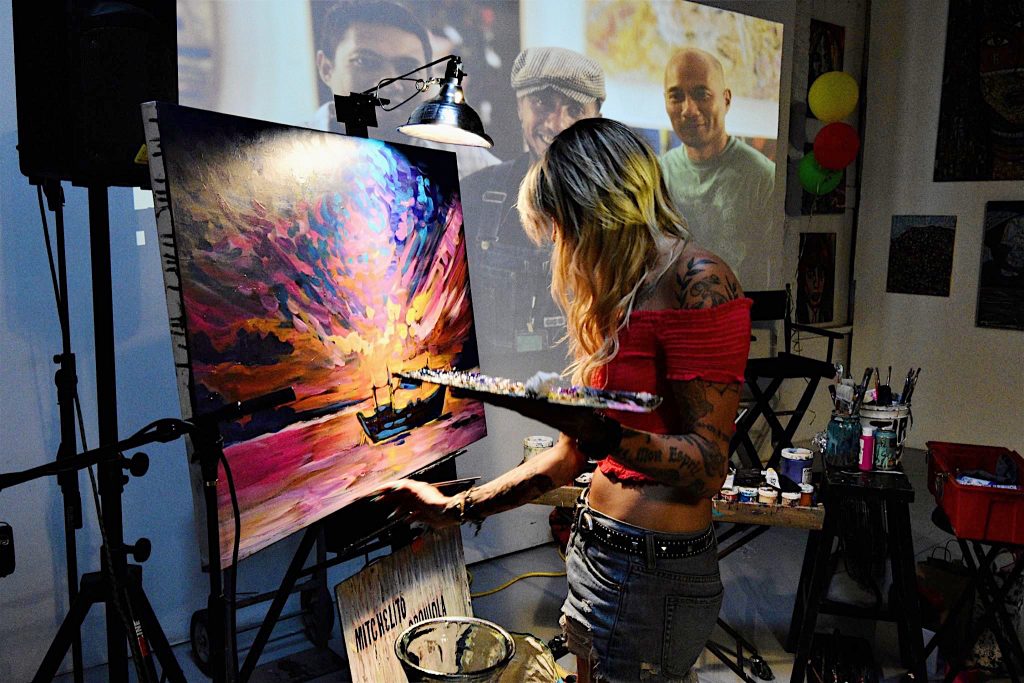 One of the live painters produce art during the Night Owl Players’ set.

Orquiola said there are currently nine Players, including two singer-songwriters, two poets, four live painters and a social media manager. He said there have been dancers in the past, ranging from tap to belly dancing.

Orquiola founded the group with Chalavie Vanhaeck because they wanted to paint to live music. The name was taken from Orquiola’s college theatre group. 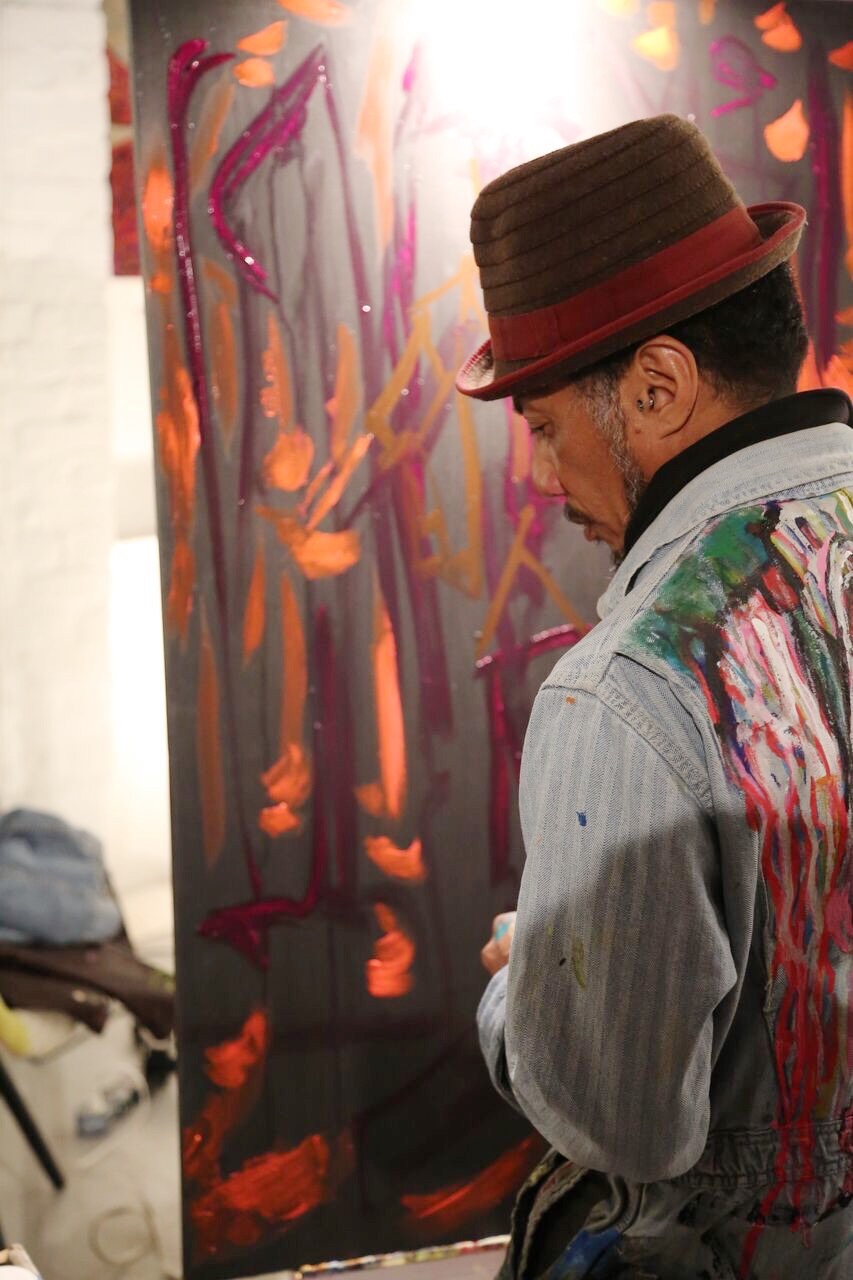 Orquiola paints during a live performance.

“It started with painting [and] me doing the typewriter and music,” Player and poet Erika Lane Enggren said. “We’ve kind of taken different forms [of art] and had different members and people have left. The first time we all had really performed together was at one of the Mar Vista Art Walks.”

The Players perform once per week at different locations on the west side of LA.

“You have to witness it live; that’s where the magic happens,” Orquiola said.

At any given event, attendees can expect to see Orquiola paint, Enggren doing typewriter percussion on her 1960s Royal and someone singing the blues.

“I remember thinking that my typewriter is so loud and so when [Runson Willis III] was playing, I didn’t want to interrupt the song by distracting with my typewriter,” Enggren said. “So I started going on beat and it kind of just happened organically like that, and then we started rehearsing together and I would learn the songs.”

Enggren’s poetry is a stream of consciousness and she never repeats poems, which when completed are put in a box with a sign that reads “take one” as a gift to the audience for coming to the performance.

The Night Owl Players can be found all over Venice and Mar Vista, constantly creating new and innovative shows.