The Student Government Association passed a resolution to support University recognition of the Armenian Genocide in March 2017. More than nine months later, members of the Pepperdine Armenian Student Association (ASA) are questioning why no progress toward the goal has been made.

The resolution asks that SGA advocate for official university recognition of the Armenian Genocide, that President Andrew K. Benton recognize the genocide and that a tree be planted in honor of genocide victims. The resolution passed in SGA with a 90 percent majority.

SGA President Austin Welch said SGA does care about the resolution but “there needs to be follow-up.” He expanded on this. “It’s great that the resolution’s been passed; however, we never took the further steps to get that handled,” he said.

Welch attributed the lag to two reasons: The administration was restructuring Student Affairs, as well as it being immediately before Spring Break of 2017.

Welch said the resolution should be presented to Vice President of Student Affairs Connie Horton. “This has not been presented to her because she has just taken over this year,” Welch said. “So it’s not something that I believe is on her radar currently, and it’s something that SGA, as well as the [ASA], needs to bring back up.” 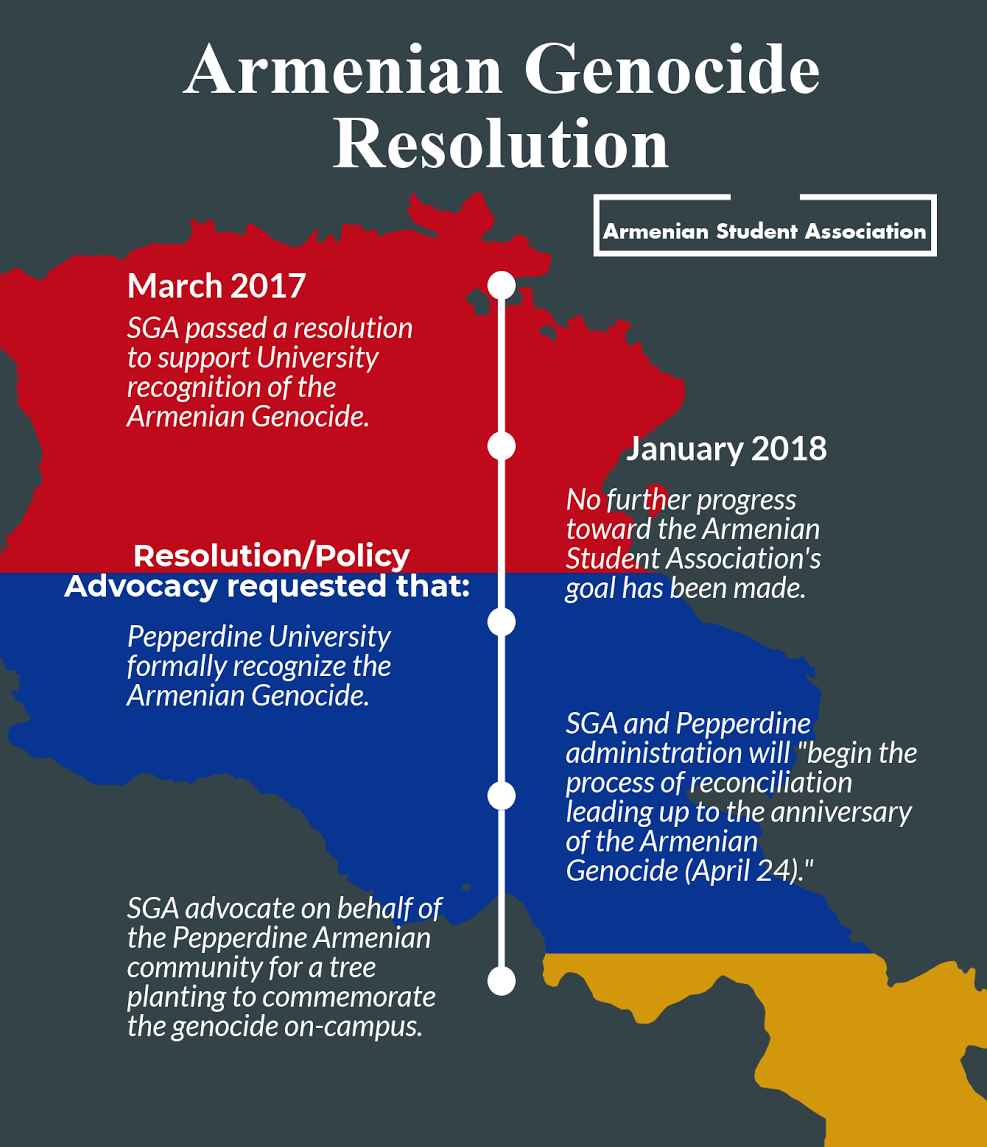 For the past year and a half, the ASA has worked to have the Armenian genocide formally recognized by Pepperdine. ASA drafted a resolution requesting that Pepperdine follow the examples of schools such as UCLA and LMU by formally acknowledging the targeted extermination of 1.5 million Armenians as a genocide. The US government does not formally recognize the genocide, but 48 states do, according to the Armenian National Committee of America.

In reference to the resolution, Welch stated, “It’s something that I advocate passionately for, and one of our goals is to push this resolution forward.”

ASA Treasurer Konstantin Abajian clarified that the recognition is the most important part of the resolution.

“We aren’t asking for the implementation of a statue, we’re asking for an email, a statement, something that would show the Armenian students that the administration is with them,” he said.

The resolution stated that Pepperdine’s formal recognition of the Armenian Genocide would “empower and motivate the Armenian students and staff on campus to properly heal, mourn and feel welcome at an institution that recognizes their tragic history.”

“A school not accepting [the] Holocaust, how would that feel for Jewish students?” Abajian said. “It would be disrespectful not only to them but to the world.”

ASA President Nona Mitoyan stresses that they are not only seeking acknowledgement for the Armenian genocide, but of all genocides. “As global citizens, and especially on a Christian campus, we all ought to stand against and speak out against any form of genocide denialism,” she said.

Last year, the ASA held a screening of “The Other Side of Home,” a documentary addressing the impacts of the Armenian genocide. They are also responsible for a yearly genocide awareness week, during which they erect about six tents commemorating several genocides around the world. 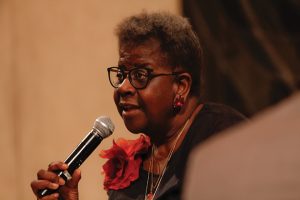