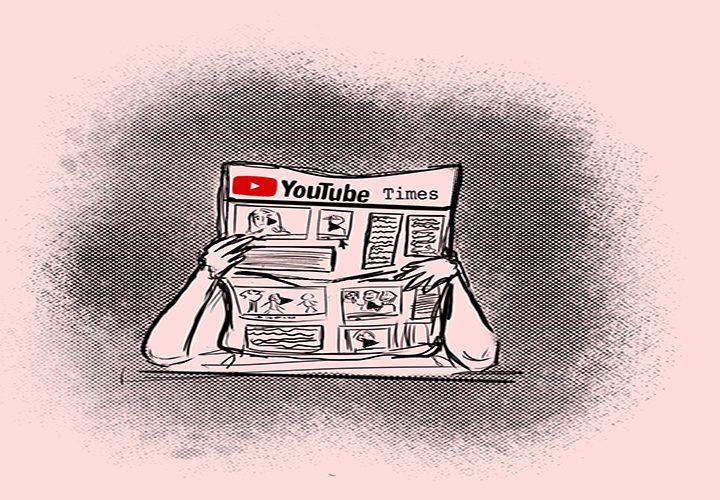 Half of teenagers now get their news from YouTube, a well-known video-sharing platform, according to Common Sense Media. The rapid transformation of American media consumption is no secret, but is it cause for concern?

People jump at new platforms, influencers and lingo, while credibility, transparency and honesty become lost in the transition. Additionally, the media’s focus on ethics at CNN and Fox News allowed YouTube to quietly feed teenagers a different type of “fake news.” It is time to bring the implications of YouTube’s increasing influence in the news world to the forefront of the ethical news debate.

YouTube gives people a voice to share their opinions, talents and knowledge with billions of people around the world. That, however, does not qualify it as a trustworthy news source. Credible sources like The New York Times, Business Insider and Al Jazeera have YouTube channels, but the majority of teenagers are looking elsewhere for information. According to Common Sense Media, 71% of the teens who get their daily news from YouTube get it from influencers.

Some influencers are educated professionals, but many of the most-followed creators such as Felix Kjellberg (PewDiePie) and Casey Neistat are high-school or college dropouts. Their success is inspiring others to opt out of school for a chance at YouTube stardom. With 75% of 6 to 17 year-olds aspiring to find a career in online videos, it is likely that the next wave of influencers will be even less educated.

Why would a teenager be motivated to stay in school when an 8-year-old YouTuber made more money in 2019 than prestigious journalists such as Diane Sawyer and Anderson Cooper?

These influencers are not inferior because of their lack of formal education or experience, but the quality of their information cannot compare to that of traditional news sources — especially when all credible outlets require their reporters to have at least an undergraduate degree.

Ironically, influencers’ lack of professionalism is what made them popular in the first place. Viewers see them not as robotic or corrupt news anchorsbut as friends who they relate to. During a time when skepticism of news is increasing, people find solace in YouTubers. Unfortunately, the personal attachment that fans form for their favorite YouTubers hinders their ability to think critically and distinguish fact from opinion.

Since YouTube is an avenue for free speech, there are few regulations. Because of this, influencers can easily spread false or biased information. YouTube personalities are under no obligation to disclose the amount of research behind their videos. Even though YouTubers are rising to the top of society, they do not have access to the same resources as established journalists.

YouTube’s lack of regulation allows conspiracy theory channels to be mistaken as legitimate news sources. “Next News Network,” for example, is a right-wing conspiracy channel that disguises itself as an official breaking news channel. Despite its history of posting videos with fake news, it still has over one million followers. Posts about the channel on other sites indicate that many believe its information is factual.

Teenagers’ actions today show a glimpse into the trajectory of the future. Most Pepperdine students are no longer teenagers but adults preparing to enter the workforce. Growing exposure to inaccurate information is cause for concern in every industry. Students should not allow principles such as credibility and integrity to disappear in this ever-changing social landscape. In some cases, teenagers are trusting high-school dropouts over journalists with 30-year tenures. If this pattern continues to grow, the value of a Pepperdine degree will decrease.

At the end of the day, platforms for free expression are positive additions to society and, as a bonus, YouTube solved a massive issue by getting teens engaged in news. That said, retrieving information from influencers cannot be viewed as an honest form of news consumption. Hold YouTubers to the same ethical standard as traditional news sources and be as critical of them as everyone is of CNN and Fox News. 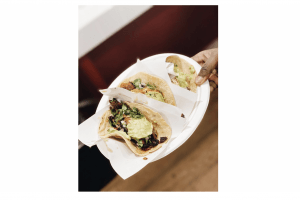 A customer eagerly carries two platefuls of tempting tacos to his table at Tacos 1986 in Westwood.Photos by Maria Belen Iturralde.Tacos...
Copyright 2013 Jupiter Premium Magazine Theme
Back to top