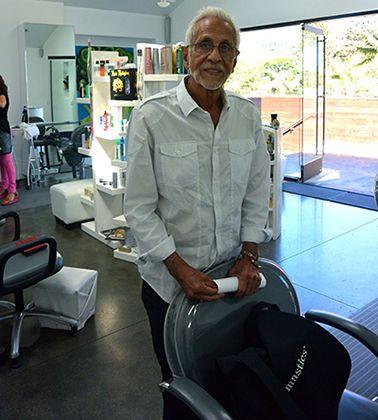 Tucked inside Malibu’s luxurious Salon at the Yard, hairdresser Antonio Garcia stands behind his client’s chair and examines his work. With his lean frame, leathery, tanned skin and floral button-down shirt, Garcia is a striking contrast to the salon’s sharp white interior.

Having a roster of clients that has spanned the likes of Pamela Sue Martin, Barbra Streisand and the late Michael Jackson, Garcia has established a solid reputation for perfecting the coiffures of countless starlets and icons. His depth of experience and unique talent are unparalleled, and his passion for hair is overwhelming: “I want to make people feel as good as they look,” he said.

Garcia’s journey to becoming such a respected hairdresser began nearly six decades ago. Born in Mexico in 1937, Garcia is a first- generation immigrant to the United States. He moved to San Fernando with his parents when he was three years old.

At the age of 17, Garcia joined the service and began his education through a military college. But soon afterward, in 1953, Garcia changed his plans and made the fateful decision to pursue a career in hair instead. The reason? “I wanted to meet girls,” he said.

At that time, it was uncommon for men to become hairdressers, so when Garcia told his family of his new career choice, there were strong reactions all around.

“They thought I was gay,” he said with a laugh. “But once I told my dad and uncle that I wanted to become a hairstylist to meet women, then everything was OK, and they were fine with it.”

Since becoming a hairdresser, Garcia has been married four times, each time to a woman he met at the salon.

In addition to meeting women, Garcia’s career has been meaningful to him for other reasons. He describes himself as being “outgoing and energetic, with a love of life.” Garcia finds that being a hairdresser has provided him with the perfect outlet to exercise his social skills and to meet new and exciting people.

When he first started working, the only jobs available to Garcia were at little salons in small towns. Hoping to work with more high-profile clientele, Garcia worked hard to obtain a job at an upscale salon in Encino.

In addition to working at the salon in Encino, Garcia also found a position working for celebrity hairstylist Jon Peters in Beverly Hills in the 1960s. Garcia’s memories from this period in his career make for some of his most entertaining stories to date.

“His lively personality and jaw-dropping stories leave me in awe after every session,” said Senior Paige Weslaski, a client of Garcia’s. “No one knows old Hollywood more than Antonio. When I asked him whose hair he liked doing most, his answer couldn’t have been topped: ‘Elvis,’ he nonchalantly replied.”

“I was nervous because he was very demanding,” Garcia said. “Everything had to be perfect.”

Whether he is grooming the likes of Elvis or otherwise, there is no standard schedule or client for Garcia. He once had an Argentinian dancer come in and request that he “color her underarm hair to match her natural hair” because she would not shave.

Other times, he has had celebrities come to him incognito: “There was one young man who came in, and I cut his hair. I told him he should be in movies because he was so good looking, and he told me he was. I didn’t know who he was, but I found out later that he was Elizabeth Taylor’s grandson.”

Garcia’s stories, combined with his talent and personality, are just a few of the reasons that his clients love him so much. “Getting my hair done by Antonio is more than just a hair cut; it’s an experience,” Weslaski said.

After going back and forth between Encino and Jon Peters’ salon for 12 years, as well as a brief stint living in New York to “expand fashion hair trends,” Garcia finally opened his own salon in Tarzana. He worked there until 1989, when he made the surprising decision to go into retirement.

It was only a matter of time before the allure of the salon returned to Garcia. Calling retirement “old” and “boring,” he decided to start doing hair again just two and a half years later.

In 2012, Garcia’s longtime friend and colleague, Paula Marchetti, opened Salon at the Yard at Malibu Lumber Yard and invited him to be a part of her team.

“He is even-tempered, creative and fashion forward… I admire his knowledge, his patience, his whole personality,” Marchetti said.

Garcia jumped at the chance to work for Marchetti. Working in Malibu has been a perfect fit and has renewed his passion for helping clients.

“I’ll be doing this for the rest of my life — which is probably only another five years!” he joked.

“I remember Antonio sharing that he doesn’t style hair for the money anymore,” said Weslaski. “He’s made enough to live off of, and he went into retirement only to start back up again out of sheer boredom. It’s his job, his hobby and his life.”

Garcia said he gets the most pleasure out of his client’s joy. “I get a lot of satisfaction out of trying to please people and if you don’t have that, then it’s just a job. If I had to do it all over again, I would do the exact same thing.”

Stepping back from his client’s chair, Garcia looks at the woman’s new Malibu beachy blonde locks from all angles before nodding his approval and removing the black cape from around her shoulders. 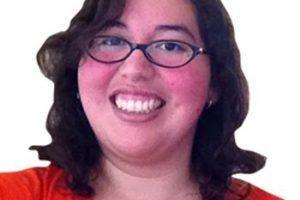 The first days of autumn are upon us, and most of us are ready for sweater weather, the handful of trees to change color...
Copyright 2013 Jupiter Premium Magazine Theme
Back to top