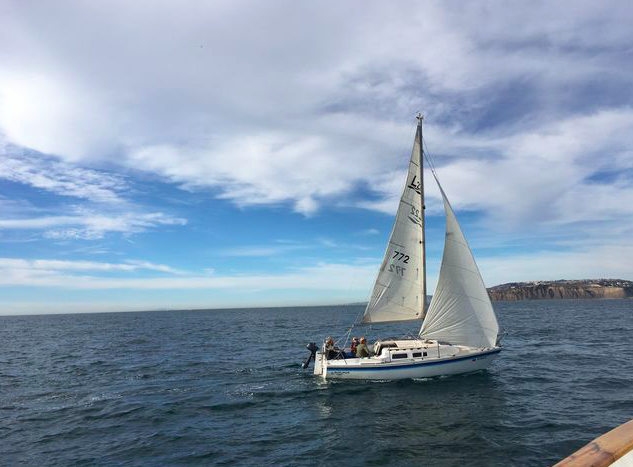 Hope. It’s a word we hear every day.

“I hope he likes me”

“I hope you feel better.”

A word that has become so familiar we’ve almost forgotten its meaning. People have almost forgotten how to believe in something bigger than themselves. We’ve forgotten how to make a difference. We sit idly by and allow the world to happen around us. But what if we have no world? What if our idle behaviors cost us the greatest most irreplaceable thing we’ve ever known — our Earth? With sea levels rising and shores washing away, it’s becoming easier and easier to write off what’s going on. We read the news and see the headlines, but don’t quite grasp what’s happening. Some look on in fear, while others doubt the truth behind it all.

Rather than sit in fear, paralyzed by the sheer scope of the issue; rather than ignore the facts that are in front of us and discount the importance — why don’t we all have a little more hope?

Hope that our generation may be the ones who finally come together and create change.

Hope that our generation puts an end to treating our Earth and our oceans as disposable income, endless resources.

Hope that maybe, if we all come together, we just might be able to make the greatest change of all.

According to the National Oceanic and Atmospheric Administration, approximately 1.4 billion pounds of trash enters the oceans every year. The San Francisco Gate reported that an estimated 12,000 to 24,000 tons of plastic per year end up in the Pacific Ocean alone.

This trash and debris could be prevented from entering into our oceans and affecting our marine life. There is no reason why the ocean has to become our largest landfill. All it takes is a little hope to make the change. If people truly believe they have the ability to make a difference, they will. If accessible opportunities to get involved are made readily available, people will take them. While it may seem like a daunting task at first, having hope for our oceans is easier than it may seem.

There are numerous charities and initiatives that our encouraging people to protect our oceans. Organizations such as The Ian Somerhalder Foundation, The Leonardo DiCaprio Foundation and Oceana are helping people to get involved. The organizations provide opportunities for people to have hope, to do their part to make a change.

Despite the upsetting facts and the constant stream of discouraging information, there is hope. Within each individual on this Earth lies the ability to make a change. If everyone were to dig inside themselves and find what it is they believe in, what it is they want to make happen, the world would change drastically.

It may not be today.

It may not be tomorrow.

It may not even be next year.

But it can happen. A difference can be made. The sea levels can fall again. The trash can be removed. The plastic removed, the fish repopulated. All it takes is a little hope. Not the four-letter word hope, but the deep feeling. The feeling in your heart, in your soul, there telling you that it will be alright.

That it will be better than all right. That every generation to come after us will know the joys of watching the sunset over the ocean, seeing dolphins on the horizon and feeling waves crash over your toes.

It just takes a little hope.