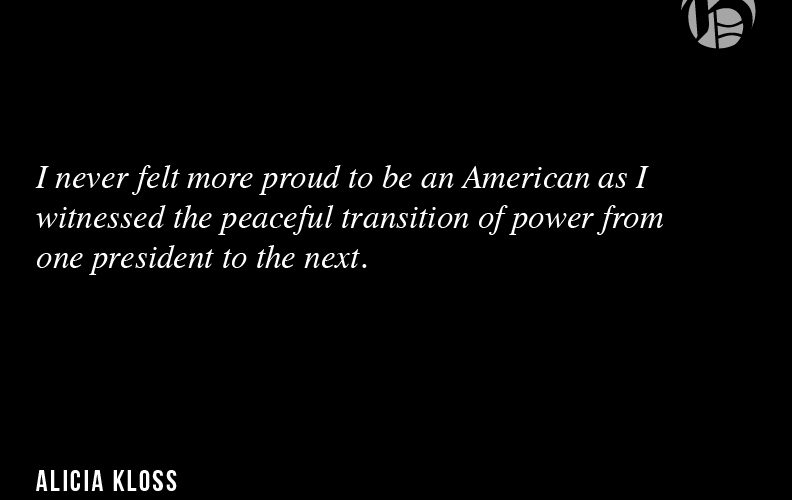 I never felt more proud to be an American as I witnessed the peaceful transition of power from one president to the next.

My trip to Washington D.C. began with boarding a Gulfstream Jet as a guest of Academy Award Winner, Jon Voight. We were all guests of Tom Barrack, the Chairman of President Trump’s Inauguration Committee. As a Pepperdine Political Science major, the next four days were a political and social experience that cannot be taught inside a classroom.

My first event in D.C. was an elegant evening at the New Zealand Embassy hosted by Ambassador Tim Groser. I socialized with dignitaries who honored our democratic process of electing a new president.

Thursday afternoon, I attended the Presidential Inaugural Welcome Ceremony held at the Lincoln Memorial on the National Mall. I was fortunate to be backstage, where I met musical legends Toby Keith, Sam Moore, & Lee Greenwood. Jon Voight gave a spectacular welcoming introduction with a positive outlook for the next four years.

The most captivating, emotional moment of the night was when the whole crowd sang along with Lee Greenwood’s song, “I’m Proud to be an American.” With tens of thousands of fellow Americans, we sang together, proud of who we are. In this country, we can sing loudly and voice our opinions freely. That emotional moment on the National Mall, we didn’t forget those Americans who fought for the freedoms we enjoy today.

My favorite moment was when President Trump and First Lady Melania made their grand entrance, holding hands and pausing to gaze at President Abraham Lincoln’s granite face. That brief moment symbolized that our new First Couple understood what President Lincoln fought and sacrificed for, and that they plan to fight to continue that legacy. After the concert ended, President Trump expressed his desire for unity and prosperity for all. Listening to President Trump speak live about his intention to be a president for all people was genuine, authentic and gave me hope.

That same night was filled with many cocktail events throughout Washington. Road closures made it difficult to get around, and a rickshaw was the only way to get to my destinations. It was a fun, but sleepless, night.

Friday was cold and raining for the inauguration ceremony; nevertheless, large masses of people accumulated to witness our peaceful transition of power. I was in complete awe. I would have never imagined that at age 22, I’d witness the swearing-in of our next President of the United States. Contrary to many media reports that attendance was lacking, the National Mall was packed, with little room to stand.

My seated view of the ceremony directly in front of the Capitol building was as equally breathtaking as my view of the more than one million people behind me in the National Mall. As our leaders were introduced, I respected their positions and accomplishments. What disappointed me was the disrespect shown by the 60+ members of Congress who refused to attend the swearing-in ceremony. Even Secretary Hillary Clinton graciously attended, whose concession speech included the words, “We owe [Trump] an open mind and the chance to lead.”

That evening, I capped off a momentous week by attending the Official Presidential Inaugural Ball. President Donald Trump and the First Lady Melania had their first presidential dance. As I watched, I came to realize that everyone has the opportunity to make America great again.

In all, the greatest takeaway came through a quote by President Trump, which now holds special meaning to me: “Think big, and dream even bigger.” 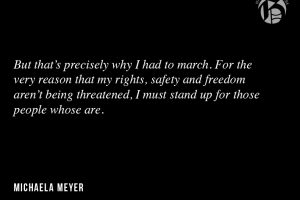 Graphic by Nate BartonI have to admit I was nervous. My Dad had been caught up in the Seattle WTO riots of 1999, and I knew...
Copyright 2013 Jupiter Premium Magazine Theme
Back to top