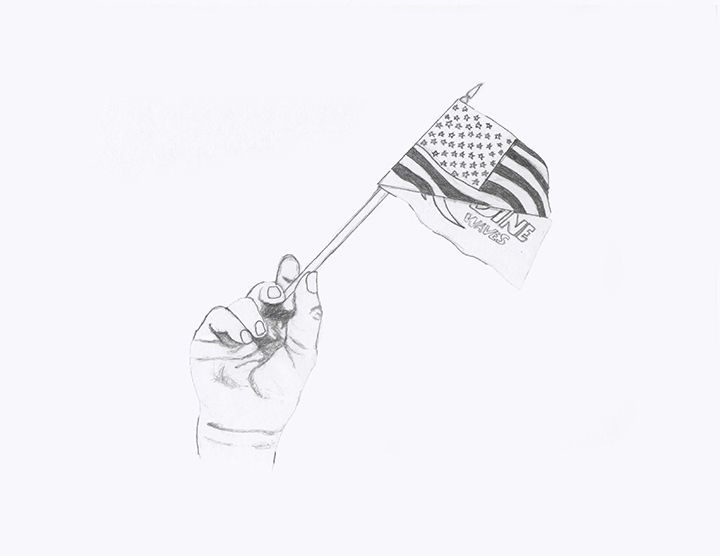 When I think of American icons, I think of John Wayne, George Washington and Superman. Two of these are solely American concepts, but Superman could be said to be an international icon for good. He is the “ubermensch” that Nietzsche speaks about, the one who has risen above national borders and become an ideal citizen of the world. We should follow suit.

Dennis Prager brings up Superman in his Sept. 22, 2015 article, “Is National Identity Necessary in American Identity?” for the National Review. He said, “In 2011, after 899 issues and 73 years of publication, Superman, the most famous American comic book character, announced that he was renouncing his American citizenship.” Prager explains that this was done to bring Superman into the 21st century, to abandon the idea that the only good in this world comes from America.

But how could we get rid of our American identity? Aren’t we the country that plays the national anthem before almost every football game, the country that screams ‘Merica on the fourth of July and is supposed to be the last “superpower” left on the planet? We may be a powerful country, but if we’re to continue to stay on top, some things have to change in our policy, in our government and in our minds.

Our American identity is reliant on our government, which is supposed to be a reflection of the statutes and ideals found in our Constitution; yet the Constitution is also supposed to be a flexible force for the people that adapts to changing times and economies. It has the potential to be flexible, but it’s not. That can be attributed to the disputes between differing government bodies, mainly the President and Congress. Their disagreements the past few years have made the process of passing laws extremely difficult, especially where differing parties are concerned.

This American identity, or any national identity that relies on the government to guide society, needs to evolve past the laws of any one nation to be part of a global community that operates on global standards of ethics. Fierce nationalism is one of the many barriers to being part of a global community, a barrier that has incited violence between countries and people groups .

Prager goes on to say that Europe, in order to avoid war and conflict, created the EU to promote the idea that people were not from one country, but belonged to a network of people and cultures that could move and flow within itself. Whether it has been successful is not easy to tell, especially when a few countries seem to hold more wealth while others wallow in poverty.

Additionally, the U.N. — which celebrated its 70th anniversary on Oct. 24 — is supposed to embody this “citizen of the world’s nation” idea; but in the past decade and a half, American politics have superseded those of the UN. In an article titled “U.S. vs. U.N. Court: Two Worldviews,” for the New York Times from July 2, 2002, Serge Schmemann commented on how the world witnessed the U.S. pull away from U.N. obligations to pursue a war in the Middle East, specifically Iraq and Afghanistan.

Additionally, the U.S. desired to opt out of international war prosecution, which meant that any war crimes committed could not be judged by the International Justice Commission or any U.N. tribunals. Atrocities could be committed without the eye of the U.N. watching. It’s counterintuitive to let a country choose when the laws do and do not apply to them.

Americans need to look beyond their own country to see how others suffer at America’s hands, like the innocents who die in drone strikes or countries that have tyrannical governments assisted by the United States, including Libya and, at one time, Iraq. We need to see how America’s actions are not always a force for the betterment of all people, but rather the ones involved in her interests.

We do have domestic issues to deal with; but if people only see themselves as citizens of their own country, we cannot realize that our problems are the same ones that others have, or that other cultures may even have the solution to some of our problems.