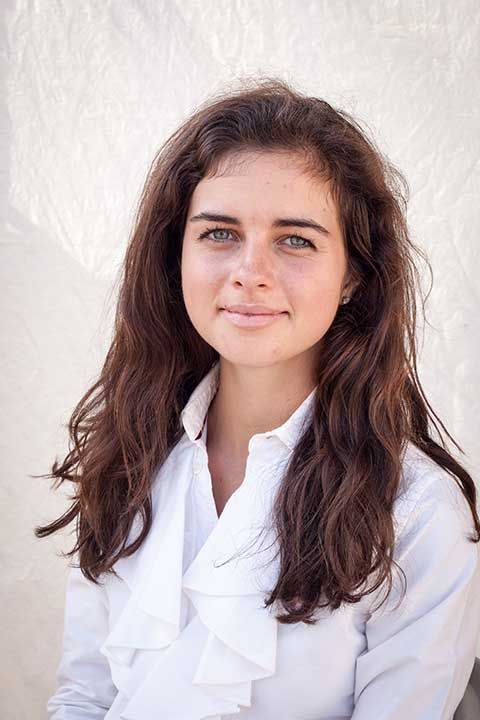 The prestigious Leadership Fellow role was not something Elam Mangum, a 2015 graduate, applied for, but for which she was chosen.

President Andrew K. Benton and his office staff are taking an opportunity to invest in her, which she said is a great opportunity for her and is why she said she feels so honored.

According to President Benton, “Elam is the third Seaver student we have invited to work in our office. Each one has been excellent and each has brought their own distinctive gifts and skills to the tasks assigned.”

Since August, she has been working with President Benton, organizing events and getting to know the administrative side of Pepperdine. This role was something that Mangum didn’t know about prior to stepping into it, but she said she is honored that the administration is investing in her and giving her this tremendous opportunity to learn about higher education.

Part of Mangum’s job includes research for Benton’s political science class that he is teaching this fall. She also helps the president’s chief of staff, Marnie Mitze, put together Board of Regents meetings. Mangum said this is the government body of the university that meets four times a year to make big decisions for Pepperdine. Some Board of Regents members are not from the Los Angeles, area so Mangum helps with making arrangements for hotels, organizing their meetings and putting together their agenda books.

Mangum said she enjoys being among Christian leaders and seeing how it all plays out. Despite President Benton having a busy schedule, Mangum said he has a “servant’s heart” and it inspires her to have a “servant’s heart” as well. According to Mangum, President Benton is always willing to talk with students in his office or in the Caf on an impromptu basis. She said that she feels blessed that her first full-time job is a place where her bosses are great Christian and professional examples and that they have positively impacted her.

Mangum encouraged students to reach out to President Benton and the people that work in the TAC. They have a heart for students and have students’ best interests in mind. Students should get to know them, whether it is on the administration level or because of an interest in a particular career, she said.

Mangum said she loves to write but since she graduated, she hasn’t had much opportunity to do so. Moving forward, she said she hopes to use her passion to communicate some of the things she has learned to students. According to Mangum, her respect for the university as an institution has grown since she started her role. She wants students to know that the level of quality is not limited to the Office of the President, but also to offices throughout Pepperdine.

“I think there are sometimes things that the administration might not think of to relate to students,” she said, “and I think it could be really cool for the students to get to see this.”