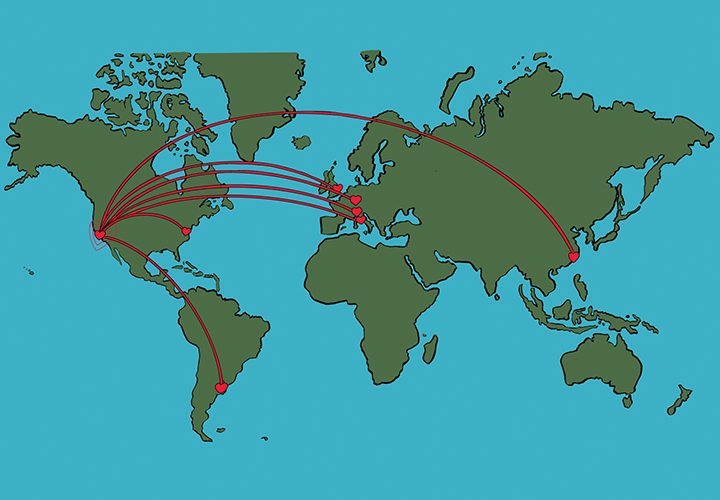 When I first heard about the Borderline shooting, I was at a cafe in Morocco. It was 10 a.m.

I immediately tried to get in contact with my friends in Malibu, but they were not answering due to the nine-hour time difference.

Not knowing whether my friends were safe was one of the scariest feelings I’ve ever encountered.

The next day, when news broke out about the Woolsey Fire, everyone I was traveling with stayed close to their phones and kept checking Twitter for updates on Malibu.

Although we were 6,000 miles away from home, the Pepperdine community felt closer than ever.

Over 200 Pepperdine students, like me, are studying abroad right now.

Upon hearing about the back-to-back tragedies, many of us abroad are feeling shocked and helpless but proud of the strength and resilience our fellow students and faculty have shown in the face of adversity.

Many students abroad said they felt useless because they were so far away from the Malibu campus.

Students studying abroad wanted to fly back to Malibu in hopes they could do something to help those impacted by both the shooting and the fire.

“Helpless is how I would describe how it has felt,” sophomore Sydney Griffith, who is studying in Buenos Aires, wrote in an email.

Sophomore Derek Pinto wrote in an email he first heard about the shooting and the fire when he was on the metro with the rest of the Shanghai group.

“[I] felt so helpless being so far away from it all,” Pinto wrote.

Pepperdine students all over the world experienced this same feeling.

“I felt helpless, but I realized that the only thing I could give was my love and support to those who were being directly affected,” sophomore Kaitie Yocum, who is studying in Heidelberg, said.

The Impact of Distance

Another common theme was the feeling of denial and guilt.

“I felt denial because I did not want to believe it,” sophomore Taylor Ramirez, who is studying in Florence, Italy, said.

Ramirez said she found out about the shooting while exploring Disneyland Paris.

“I was making every excuse to not believe something bad had happened to Alaina,” Ramirez said.

“I felt guilty, how there is a shooting and there’s a fire, but don’t mind me because I am traveling throughout all of Europe,” Reif said.

The majority of the Florence program said they felt the same way as Reif. Many Florence students said they felt guilty because while they were having free travel, their home community of Pepperdine was enduring great loss.

The Power in People

The Pepperdine community is one of strength and passion.

“It was beautiful to see how everyone immediately came together and began comforting each other,” sophomore Caroline Chance, a student in Lausanne, Switzerland, wrote in a GroupMe message.

Sophomore Anthony Bosco wrote in a text message he also felt the same feeling all the way in Washington D.C.

“The true character of Pepperdine came out during the times of the shooting and the fires because Pepperdine is a very kind community,” Bosco wrote.

Everyone I spoke to that is studying abroad abroad said they had a similar experience in how quickly their fellow peers and faculty members came together.

“It’s been a really heavy and almost isolating week but with prayer, community and perseverance, I know this is just an aspect that will shape and empower any Pepperdine student to keep moving forward,” sophomore Zeke Bongiovanni, who is studying abroad in London, wrote in a message over Instagram.

“I was very proud of all our IP leadership during this crisis … directors, staff, the IP Malibu office, student leaders and overseas faculty were outstanding in their response,” Dean of International Programs Charles Hall wrote in an email.

Associate Dean Ron Cox found out about the news from students and faculty members overseas.

Cox wrote in an email he felt a sense of powerlessness that turned into a sense of caring for the students.

“I am very proud to be part of the IP team, and of the university generally, because I see how sincerely and actively the IP office and the whole university care for and work on behalf of Seaver students,” Cox wrote. “It makes me care even more for all our students.” 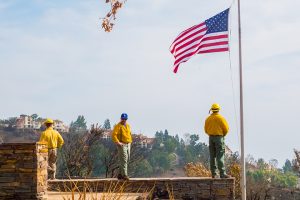 Photos by Kaelin MendezI returned to campus Saturday, Nov. 17, with a few friends to pick up personal belongings we left...
Copyright 2013 Jupiter Premium Magazine Theme
Back to top