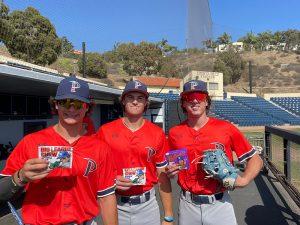 Name, Image and Likeness deals give college athletes the opportunity to make deals with companies and receive large amounts of money in return for sponsorships, according to Fox Sports. Pepperdine student-athletes said there is disagreement on whether the University offers enough opportunities to its student-athletes.

Many student-athletes said they believe Pepperdine needs to increase its advertising efforts in order to compete with larger schools, but Women’s Basketball sophomore guard Helena Friend and Alicia Jessop, associate professor of Sport Administration, said Pepperdine athletes already have the resources they need in order to be successful.

“Obviously Pepperdine is a small school — and we’re not gonna have some of the advantages that bigger schools like USC and UCLA have,” Friend said. “But, Pepperdine is an amazing school. We are in a great location, and we are really lucky.”

The Supreme Court ruling was a major change, as the NCAA had previously prevented student-athletes from profiting off of their athletic achievements while in college. In 2012, CBS reported New Mexico guard Jamal Fenton was suspended three games just for taking a discounted rate when renting out a ballroom for his birthday.

Amanda Kurtz, Pepperdine associate director of Athletics, said over 25 Pepperdine athletes have found success in achieving a deal with a company since the NCAA’s ruling — a 2022 survey of eight Pepperdine athletes showed the majority of their deals are In-Kind, meaning the students are paid in merchandise only.

For Pepperdine, the amount of money attached to these deals shrinks in comparison to larger schools.

University of Texas achieved a deal that pays all 16 of their linemen $50,000 a piece, according to a report by Yahoo Finance. Individual collegiate athletes, such Texas’s Quinn Ewers and LSU’s Olivia Dunne, have been able to reach million-dollar deals.

“Look at how other schools do their social media,” Rodgers said. “Look at what their sports do to be active, not only on campus but in the community.”

Pepperdine’s social media is lacking in comparison to its neighbors USC, LMU and UCLA — according to the number of posts each school’s Instagram has.

This trend holds true for all Pepperdine sports, as not a single Instagram page has more posts than LMU or USD or followers than UCLA or USC according to each teams’ Instagram.

All Pepperdine athletes will have to obtain sponsors while they are getting far less social media exposure than their UCLA and USC competitors, on a far less frequent basis than the neighboring schools of LMU and USD.

Whereas many college athletes are able to find easy academic schedules, Pepperdine’s extensive general education requirements and tough majors require its athletes to be ambitious on and off the field, Jessop said.

“I think the story that more [Pepperdine athletes] need to be telling is a story of balance and a story of well-roundedness,” Jessop said. “I think that is very distinctive from a lot of big division one institutions.”

Pepperdine also sets itself apart from many schools by its size. Pepperdine reports its total enrollment is 10,446 — a number far less than UCLA’s 45,900 students and USC’s 49,000 students, according to US News.

“I think the fact that we’re a small school kind of brings our community together,” Friend said. “I think the different events are really good and good for a sense of community.”

Jessop said a strong community is heavily marketable, as people want to see people unite in the face of so much division in the world.

Multiple Waves are already attempting to find success through their community —Friend said that she worked along Women’s Basketball graduate guard Marly Walls, Women’s Soccer senior forwards Trinity Watson and Leyla McFarland, as well as Women’s Golfers Reese Guzman and Kaleiya Romero, to take Pepperdine’s sense of community and apply it to the larger community of female athletes.

Alongside USC and UCLA athletes, Pepperdine student-athletes said they worked with Puma to put on a clinic to teach skills in golf, basketball and soccer.

“I feel like [Pepperdine’s community] has inspired me to give back to other people,” Friend said. “The sense of community that Pepperdine offers is something that I want others to experience well.”

Even more than a year after the Supreme Court’s decision against the NCAA, athletes are still trying to figure out how to navigate through the NIL world, Jessop said.

Pepperdine has room for improvement as it continues to figure out what it can do to help its students, student-athletes said.

Possible changes — such as improving social media output — are no easy task and they may take a while before they come into effect, said Ashley Paulsen, Pepperdine Baseball social media team manager. In the meantime, student-athletes said they will have to make use of their academic determination and the close-knit community they live in to set themselves up for branding success.