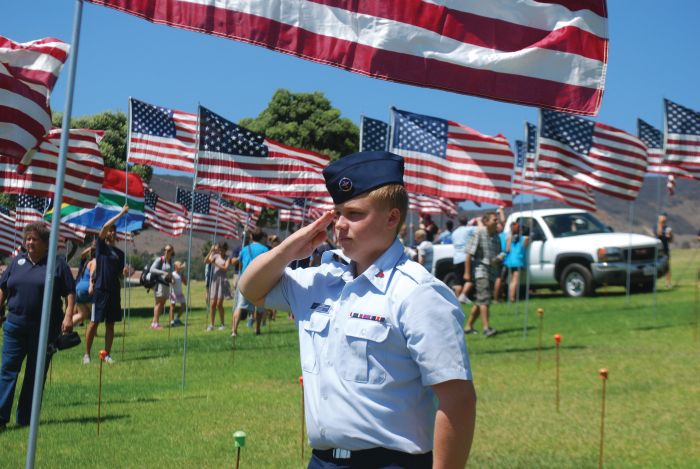 The promise of hope and honor remain standing tall and strong in the 2,977 flags representing the lives lost on 9/11 as they flutter through the Malibu ocean breeze on Alumni Park.

At Saturday’s Step Forward Day students volunteered in places such food banks, schools and parks. After serving, volunteers were invited to help put up the flags.

Students, teachers, alumni and members of the Malibu community gathered around to proudly place the flags across Alumni Park.

The Waves of Flags installation will be on display until Sept. 22. It was originated by Pepperdine’s chapter of the College Republicans seven years ago.

Some members of the Pepperdine community were affected by the tragedies in New York and Washington, D.C. such as Junior Ginger Jacobsen, whose father was a retired NYPD officer who responded on the day of tragedy.

Also, Thomas E. Burnett (MBA ‘95), Graziadio School alumnus to whom Pepperdine’s Heroes Garden is dedicated. Burnett died a hero trying to overtake Flight 93 away from  the terrorists who were trying to attack either the Capitol or the White House.

However, many students and faculty members do not have a personal connection to the tragic day 13 years ago.

Still, the word most volunteers used to describe the Waves of Flags installation was “connected” because they said the display gives them a chance to identify and empathize with the lives lost.

Tammy Mathis, whose husband is Associate Dean of Students and Director of HRL Jon Mathis, participated in Step Forward Day by volunteering at Webster Elementary School. 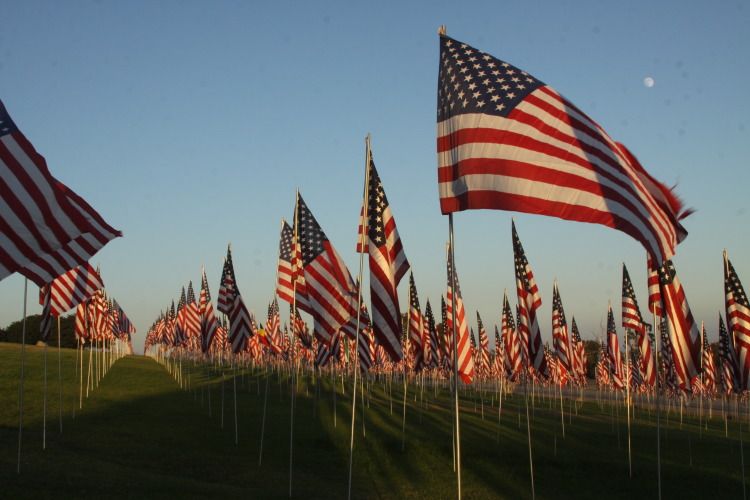 The Mathis family has both a 6-year-old and an 8-year-old and wanted to help set up the flags after a morning of volunteering because it was a great opportunity to serve and show the kids a good example of service to their country.

Mathis said she believes that this is a lesson not only for her children, but the children of the future.

“I remember 9/11 very well, but our kids weren’t born, and now they ask many questions about it,” Mathis said. “So this serves as a great conversation starter. They will ask ‘What are these flags?’ and then we can explain in a way which is appropriate for them.”

There was a sense of calmness and peace on the empty field, but within minutes the green grass was transformed into a field of freedom and honor. A single white pickup truck remained parked on the field as Director of Campus Recreation Doug Hurley said, “We don’t have to put up a lot of explanation with these flags. They give people a time to reflect and make them their own.”

Freshman Addy Rogers said that although she did not know anyone directly involved in the tragedy, she knows that this is the right and respectful thing to do even if you didn’t know anyone personally.

Junior Ryan Doyle, from Rochester, New York, said that the flag display really hits close to home for him and that even out in California, we mark and commemorate the day. “You can’t just say that some 3,000 people died on 9/11; that isn’t enough. It’s the visualization of that which makes it so special,” Doyle said.

The display has 2,887 American flags and 90 international flags. “Having all the countries’ flags is important too,” Doyle said. “It shows that it just wasn’t our day, that it was a world event that affected everyone. You can’t really find this anywhere else. It’s certainly an honor to be a part of — honor is the phrase that I would use.”

Hurley recognized that each generation has its own tragedy. “My parents talked to me about John F. Kennedy. People my age are going to think about Columbine and Sept. 11,” he said.

Hurley said that even though those growing up now aren’t going to remember the exact day,  Pepperdine is helping them remember and commemorate such a tragedy. “We are passing on ways to cope and heal and encourage after a tragedy.” 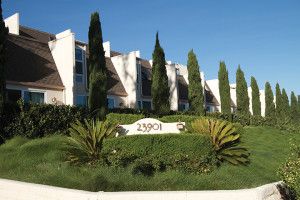