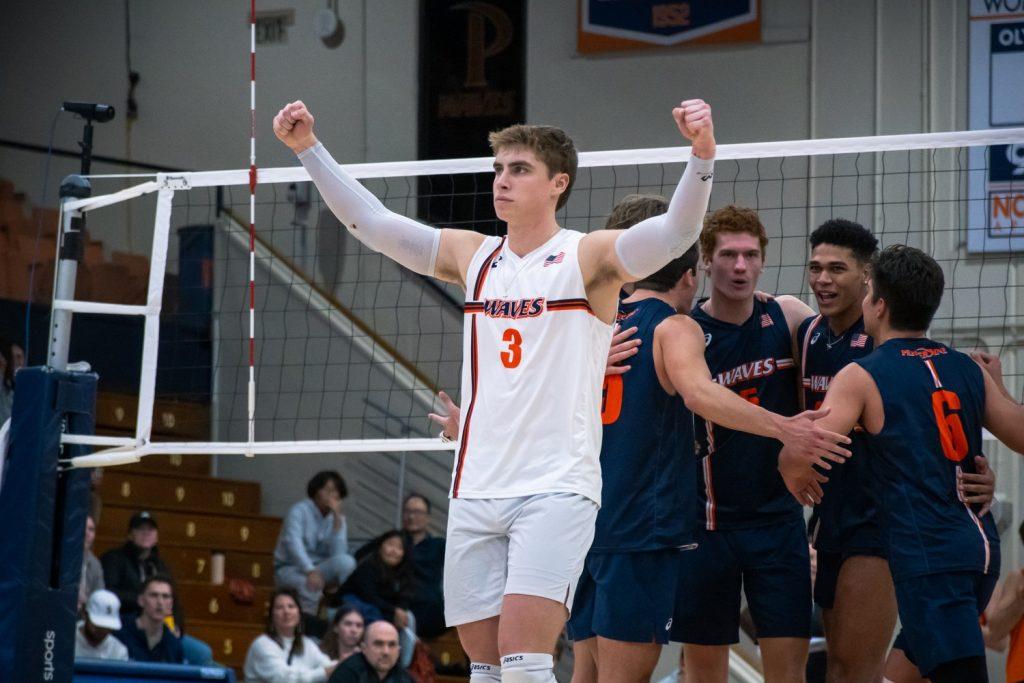 Junior libero Trey Cole celebrates after the Waves win a point against Princeton on Jan. 16, at Firestone Fieldhouse. The Men’s Volleyball team has a current standing of 4-0. Photo by Lucian Himes

The spring 2023 athletic season started off with a bang — Men’s Volleyball is undefeated, having swept all four of their matches so far. After a strong performance in the ITA National Fall Doubles Championship, Men’s and Women’s Tennis are expected to play well in WCC conference, according to Pepperdine Athletics.

Men’s and Women’s Golf teams look to continue their momentum into their spring seasons, and will start Jan. 30 and Feb. 12, respectively.

Men’s and Women’s Basketball persevere as they resume their conference play, and the Cross Country, Women’s Swim and Dive and Beach Volleyball teams said they anticipate an exciting spring season.

The Graphic’s photo and sports teams captured some of the highlights of these games so far. Support your Pepperdine Waves as the spring season goes on.