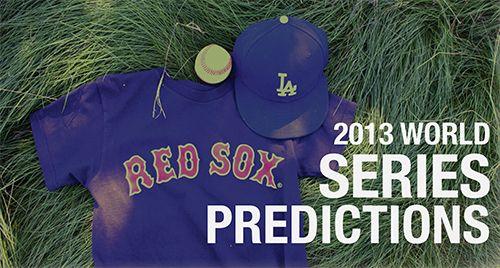 Who is going to make it to the coveted promise land, which city will be represented and what lineup will be left standing to be crowned as the 2013 World Series champions?

As baseball fans across the country turn their calendars to October and raise their eyes to scoreboard watch, questions, concerns and uncertainties abound.

Until then, predictions galore and fantasy match-ups remain the hot topic of the baseball world. Here on campus, upon speaking with 30 Seaver College undergrads, it was possible to compile a list of potential World Series champs, ranked in order of votes. This is the Pulse of Pepperdine:

1. The Los Angeles Dodgers (40%) are more than just the hometown favorite. They’re serious contenders, and after Guggenheim Partners spent $2 billion on the franchise, anything short of a boom would be a mega-bust .

However, they hashed it out (at one point going 42-8), claiming their first division title since 2009.

Only three other Major League teams have ever boasted an equally as impressive comeback.

Management expects to send Cy-Young favorite Clayton Kershaw to the mound, followed by $147 million off-season acquisition Zack Greinke. The rest of the rotation has yet to be determined.

2. Mariano Rivera (16%) is hanging his cleats and retiring following the close of the 2013 season. Before the New York Yankees were eliminated yesterday, baseball fans on campus had been holding out hope that the team with the most of them (27 NYY WS titles) could maybe get just one Mo’ of them.

“Enter Sandman!” are the words baseball lovers cringed to hear, however, a Mariano Rivera post-season appearance was scratched when New York missed out on a play-off berth for only the second time in 19 years.

3. The Boston Red Sox (13%) are contenders that nobody expected. In the year following a massive roster restructuring by their front-office, the Boston Strong took their first division title since 2007 despite having traded away some of their most valuable players to the Dodgers.

Pedroia, Ortiz, Lester, Buchholz, Napoli, Gomes, Victorino and Nava (their catcher who was purchased for $1) united to accomplish this successful season.

En-route toward becoming an official AL East Champ, rebounding pitcher John Lester held the Toronto Blue Jays to one run. This set the pace for the team’s eventual 6-3 victory, igniting a celebration of champagne and tears.

4. The Atlanta Braves (10%) are all the raves with the waves, and there’s good reason why. Their solid record of 92-64 blew the Washington Nationals out of the standings, securing their National League East title.

Last year around this time, Atlanta failed to beat the St. Louis Cardinals in the National League Wild Card game.

That heartache, coupled with the retirement of franchise staple, Chipper Jones, upset many of the East Beast faithful. Regardless of that flop, 10 percent of interviewed students predict the Braves will take home the hardware come fall.

5. The Detroit Tigers (6%) are a serious baseball powerhouse  — now, and for the years to come. That’s because even with less Pepperdine support than other teams, the Detroit pitching kings — Max Scherzer and Justin Verlander — are not going to give up runs like it’s Christmas or something.

They’re going to force other teams to fight them on every pitch. Subsequently, counting them out of the World Series would be easier said than done.

6. The St. Louis Cardinals and Pittsburgh Pirates (3%) had the fewest votes, tying both for sixth place.

Back in 2011, the Redbirds won the World Series in dramatic fashion and now they’re back for more — the Cards clinched yet another division title.

Then, there’s the Pittsburgh Pirates, arguably the most exciting team to watch come October. Despite not having million dollar names like Miguel Cabrera or Hanley Ramirez, this is the first year since 1992 in which they accomplished a winning record. That’s 21 years in which things just didn’t work out, and 21 years far too many of missing out on the postseason after having won back-to-back-to-back titles from 1990-92.

A few students (6%) were unable to come to a conclusion as to which professional team would make its mark.

The Oakland Athletics, Tampa Bay Rays, Cincinnati Reds and Cleveland Indians are MLB teams not mentioned by undergrads in the rankings, but still remain in contention for World Series play.

Based on these predictions, the Pepperdine undergrad student body predict the Los Angeles Dodgers to defeat the Boston Red Sox, which would crown L.A. as the 2013 World Series Champs. 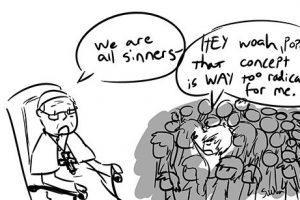 Art by Sacha Irick Once more proving his utter unconventionality in terms of his papacy, Pope Francis has startled members...
Copyright 2013 Jupiter Premium Magazine Theme
Back to top