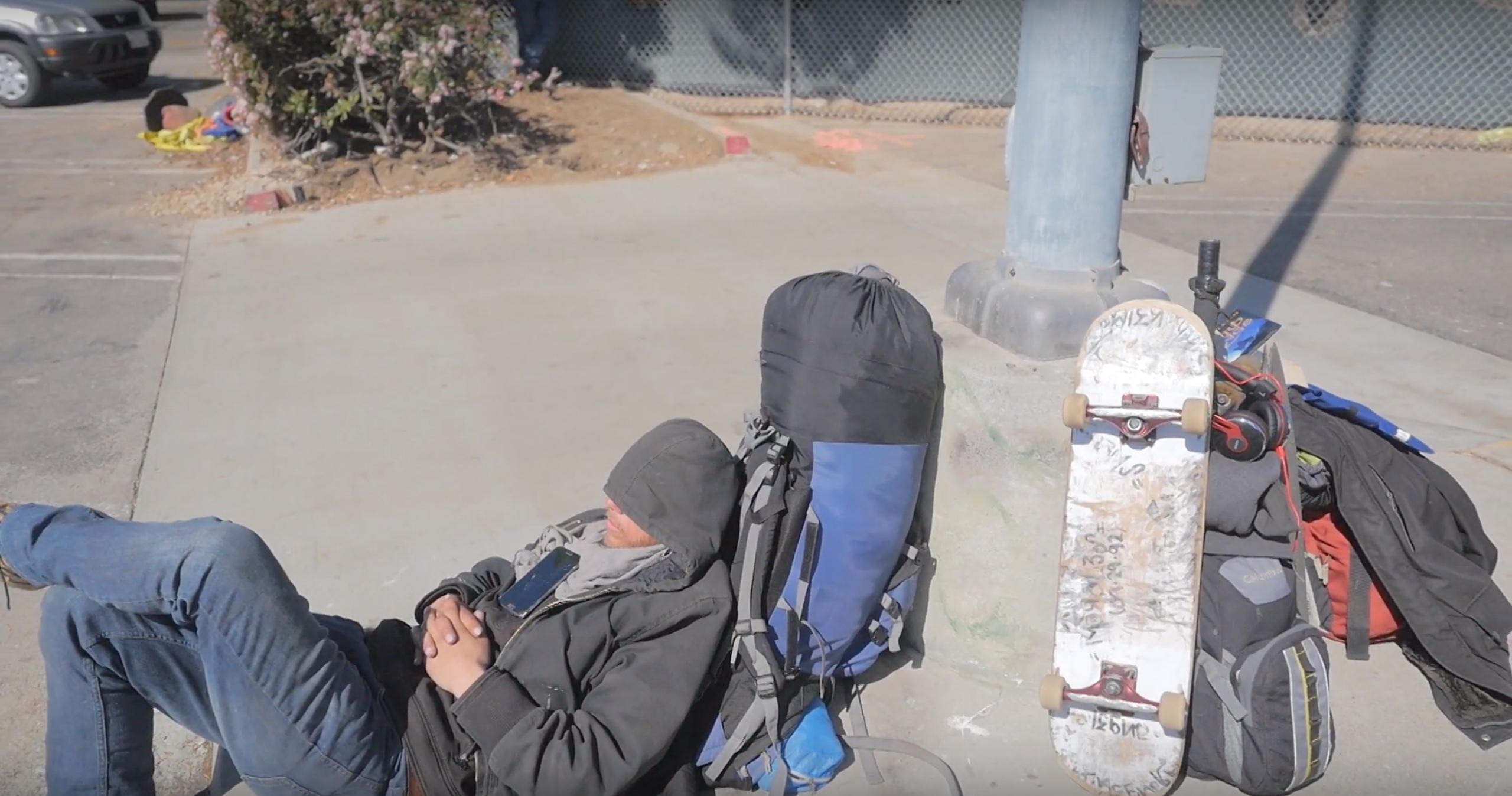 Video by Brianna Willis. Package originally aired on the Feb. 11 edition of NewsWaves 32

Now a part of Los Angeles County, the City of Malibu is applying for Gov. Gavin Newsom’s initiative to address homelessness in Malibu. At the Malibu City Council meeting Feb. 10, the council unanimously voted to apply for the 100-Day Challenge, a new state-wide program assisting cities in finding unique ways to tackle the issue of homelessness.

“We have a humanitarian crisis in our own world-famous, celebrity-studded town at the beach, and in that way, we’re the same as everybody else,” Malibu Mayor Karen Farrer said.

Farrer acknowledged the City of Malibu can’t solve the entire problem, but the council is looking for ways to help the community and help law enforcement.

While other cities such as Laguna Beach were sued for the lack of resources for the homeless, the City of Malibu looks to address the problem head-on.

“We want to be a model city for a small city in dealing with this,” Mayor Pro Tem Mikke Pierson said.

100-Day Challenge at a Glance

Farrer said the 100-Day challenge is a way for the city to look for innovative solutions for a growing issue not only in Malibu but around the nation.

The challenge is facilitated by the Rapid Results Institute, which has empowered and supported communities in pursuit of ambitious 100-Day goals — and have reported remarkable results, according to a City of Malibu press release.

Under such models, the urgency of the timeline, high visibility and structured support from coaches and system leaders all work together to inspire and enable communities to achieve rapid progress and sustainable system change, according to the summary.

Rapid Results Institute’s timeline of the project includes “mobilization and direction setting” during the 25-to-40 days before the challenge, “supporting implementation” during the 100 days and “helping leaders lock in the gains” up to 150 days. 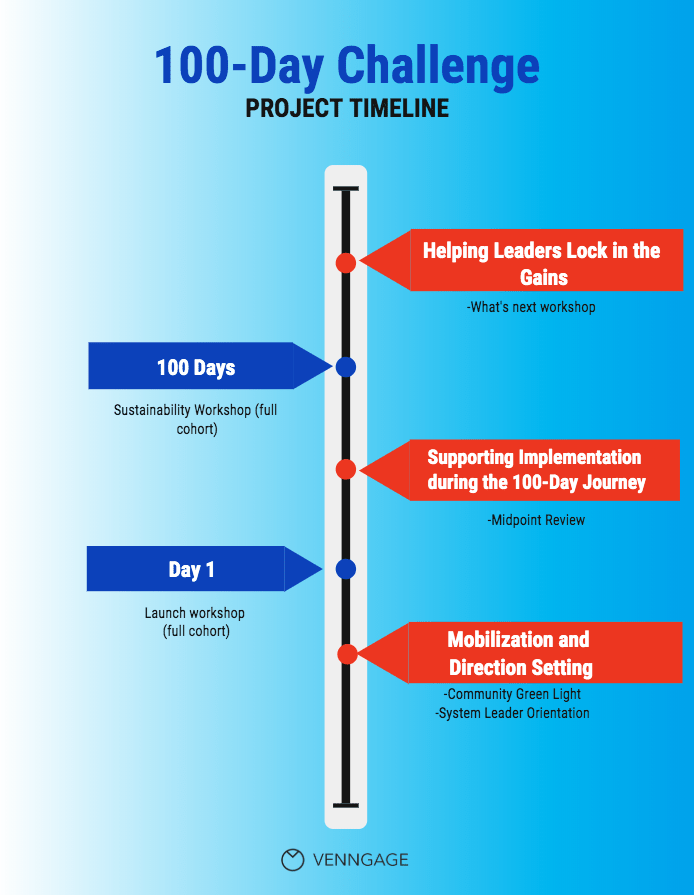 “[The 100-Day Challenge…] allows for creating something new, it even specifically says in there [to] try and set an unreasonable goal originally — so really try and push yourself.”

If a city is approved to take part in the challenge, state-funded technical assistance such as the Homeless Housing, Assistance and Prevention (HHAP) is offered to implement their goals. HHAP is a $650-million one-time block grant signed by Gov. Newsom in July 2019 that allows jurisdiction funds to support homelessness efforts.

If a city choses to do a 100-Day Challenge, the targeted population and goal will be identified at their discretion, according to a City of Malibu Press Release.

Malibu plans for the 100-Day Challenge

If the City of Malibu is approved to take part in the 100-Day Challenge, their goals are to implement a safe parking program and a homeless shelter in the city.

“That’s probably the best plan because [homeless people] don’t have anywhere else to go and just constantly pushing them farther and farther out. It’s, like, all right, you can’t park here, you can’t park there and you don’t really have anywhere else to go,” Lane Green, Malibu News Stand employee said. “What are there other options here — you are literally forcing them into crime, essentially.”

Farrer said the council does not know where the safe parking program will be yet, but the idea is for people to be able to park their vehicles in a locked parking lot from 9 p.m. to 6 a.m., and at around 6:30 a.m., individuals are required to vacate.

This resolution is not only looking to address residents issues regarding homelessness, but also the RV parking problem on Pacific Coast Highway.

The city also seeks to explore the opportunity of a homeless shelter at the vacant Malibu Courthouse near Malibu Public Library.

“The county’s asked us to look at what land we might use — something that has facilities sure would be helpful. The courthouse seems like a great place to start — its sitting there, it is not being used, it does need some work — but that’s just one of several options,” Pierson said.

With the implementation of these programs, the county is hoping to uphold the recent decision from the 9th Circuit Court of Appeals, Martin v. City of Boise. This case prohibits city ordinances like Malibu’s overnight camping ban if the city does not have any safe locations for homeless people to reside. 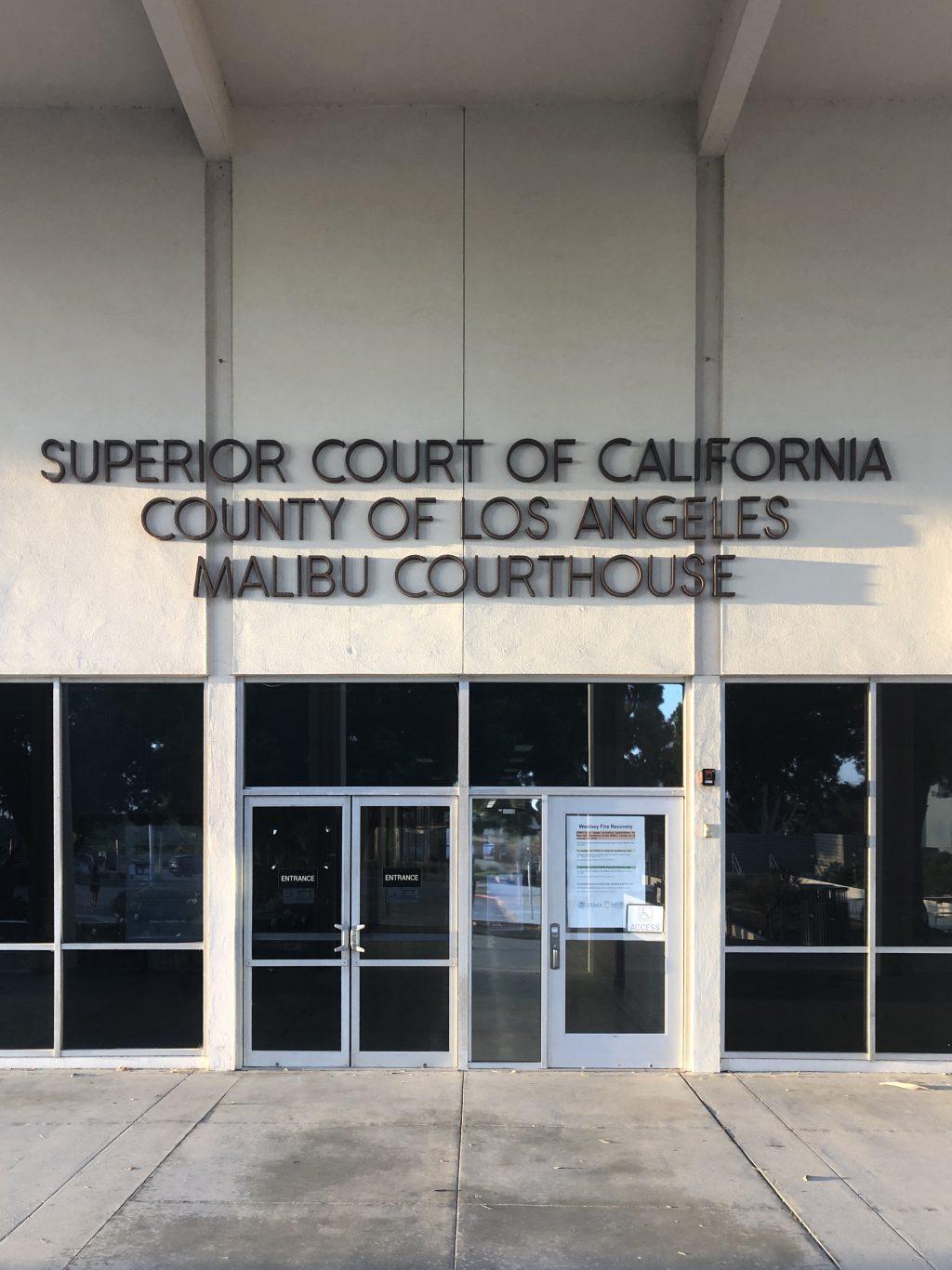 Vacant Malibu Courthouse, the potential location for a homeless shelter in the City of Malibu. Photo by Brianna Willis

“If it will help people bettering their lives, then I’m all for it,” a local homeless man Phillip said.

If selected to be a part of the 100-Day Challenge, Rapid Results Institute will pair up the City of Malibu with two-to-three other cities looking to embark on a similar journey.

Mayor Farrer and Mayor Pro Tem Pierson said whether they are invited to participate in the 100-Day Challenge, they still plan to move forward with the safe parking program and potential homeless shelter in Malibu.