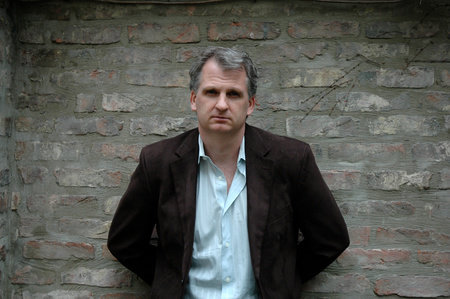 The election of Donald Trump last November marked a monumental change in American politics, as is argued in the book “On Tyranny“ by Timothy Snyder, Housum Professor of History at Yale University, published Feb. 28. This change, Snyder writes, bears unsettling resemblances to the beginnings of authoritarian movements in the 20th century.

Snyder, who has written extensively on 20th-century political movements, began writing the book after closely following the election, focusing especially on the Russian government’s connections with the Trump campaign, he said in a phone interview.

“The book arrives because I think this is a moment where I have to use my expertise about the history of modern tyranny — about Stalinism and about National Socialism and fascism — and try to convey to Americans what they need to know to head off a change in the system,” Snyder said. 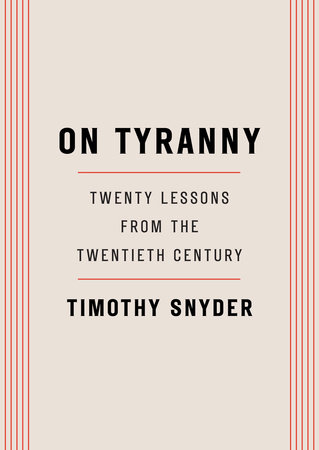 “I’m particularly concerned because I’m of the opinion that we’ve raised a young generation to think that history doesn’t really matter. And then, having given you that education — that lack of education — we then brought Trump to office. And that’s clearly an historical moment.”

“On Tyranny” focuses particularly on the political dynamics of Nazi Germany and the communist regimes of Eastern Europe in the 20th century. Snyder addresses a parallel between the authoritarian rhetoric of these movements and the rhetoric used by the Trump administration, citing Trump’s notorious record of dismissing critics as “fake news” and Counselor to the President Kellyanne Conway’s neologism “alternative facts.”

“Most fundamentally, it’s that [the Trump administration] seems to be trying to build up a general climate of distrust where no one believes in anything,” Snyder said. “And the reason why that’s dangerous is that if we don’t believe in truth, if we don’t believe in factuality, we can’t really hold the society together in the form we’ve got it. The rule of law depends on trust, and believing that there’s some truth out there. If we lose that, then we’ll lose the rule of law, and then the system really will change.”

“The danger of American exceptionalism is that it provides an excuse for inaction,” Snyder said. “You imagine that as a collective, as a country, we’re somehow wonderful, and that means that as an individual you don’t really have to do anything. And once you’ve made that move, you’re basically inviting tyranny into your living room.”