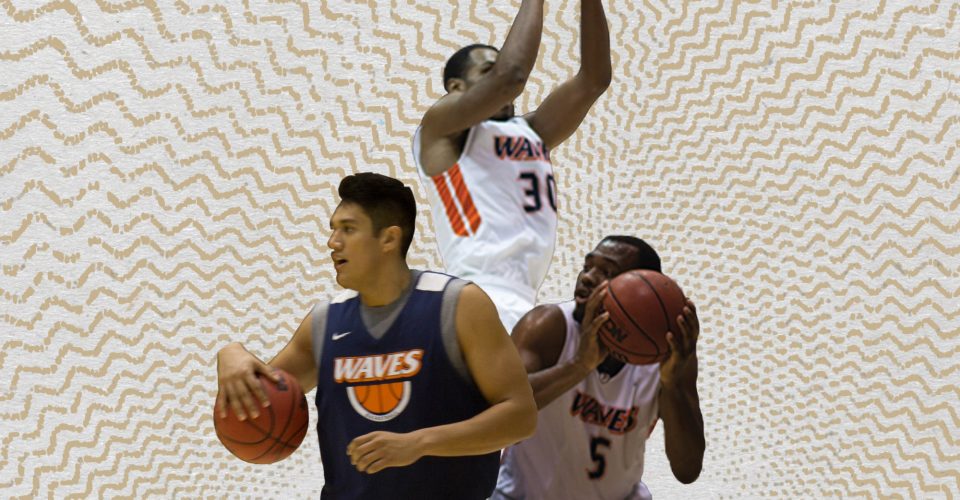 Say what you will about European professional leagues, but having alumni pursuing professional basketball careers anywhere is an important step to make for Pepperdine’s college basketball culture. Because of this, The Graphic will do its best to keep up with former Waves throughout their seasons.

All three Waves alumni have started their preseasons already. With some help from Eurobasket, Facebook and Google Chrome’s translate feature, here’s a brief run-down of their seasons so far:

Two years removed from setting Pepperdine’s career scoring record, Davis is in his second season as a professional basketball player.

Davis spent his first year out of college playing in the Ukraine Superleague for the SK Cherkasy Monkeys, but his tenure was short-lived. Davis signed a contract with Pro-B league club STB Le Havre on Aug. 3, which means I should probably cancel the shipment on that Cherkasey jersey I bought for 1,350 hryvnia.

From a competitive standpoint, the move to France’s ProB league was a good move. To wit, only two Ukranian teams are on Eurobasket’s Top 100 rankings; France has nine.

Despite the better competition, Davis hasn’t missed a beat. His most recent preseason outing was a 19-point, five rebound, three-assist effort in a loss to the JSF Nanterre. Before that, Davis averaged 15 points, 5.3 rebounds and two assists per game in three scrimmages in the Tournament of the Leopards.

If any aspect of Davis’ game changed after two years abroad, it’s how he’s used on the court. In the STB TV highlight reel below, Davis is used as a 2 or a 3 on the court, while showing off an improved touch from beyond the arc:

During Davis’ last two years in Malibu, he was often called on to be a post player as a 6’6″ small-ball power forward. Now that he’s on a roster featuring several high-level big men, Le Havre’s coaches have turned him into a wing player.

Waves fans should have seen this coming over the past two seasons. Davis became more comfortable shooting three-pointers in his upperclassman years by attempting 2.3 threes per game, whereas he only attempted 0.8 shots from deep, according to his sports-reference.com profile. Furthermore, in his senior season, 26.3 percent of Davis’ shots were three pointers, per hoop-math.

Davis will start his season Oct. 14, when Le Havre takes on Quimper for the first game of league play, according to Flash Score.

The baseline drive at the 1:08 mark should look familiar:

Last season’s No. 16 scorer in the NCAA is still getting buckets overseas.

Fresh off a stint on the Miami Heat Summer League roster, Lamond Murray Jr. signed a contract with Trikala BC on July 23. So far, Murray has averaged 10.1 points per game in four contests — although the third contest was cancelled after a gruesome injury to a Turkish Gaziantepspor player in the third quarter, according to Basketa.gr— all while trying to crack into Trikala’s starting lineup. Murray has been the fifth or sixth man in Trikala’s rotation so far, but his role on the club remains to be seen.

On a completely unrelated note, Trikala BC took a team retreat before the scrimmages started, which provided this moment of Murray Jr. on horseback:

I aspire to be as joyful as Lamond Murray Jr. on horseback pic.twitter.com/mMv8Nvx2hu

Murray and Trikala BC will start the A1 season on the road against AEK Athens on Oct. 7.

The graduate transfer from Utah (via Saint Mary’s) leveraged his sole season in Malibu into a professional contract. Reyes is the most recent professional Wave, as he signed with Fürstenfeld on Aug. 26.

Despite his limited action so far, the forward has made quick work of his international competition. Reyes’ first four games were in a preseason tournament in Graz, Austria. Although his stats from the tournament are unavailable online, Reyes purportedly won a trophy for scoring the most points in Fürstenfeld’s preseason tournament, according to the Panthers’ website:

Coach Goran Patekar used the two new US boys only for half a time and they were quite convincing. Marko Car was spared in both games. The top scorer at this tournament was our new power forward Chris Reyes, he got a trophy.

Thanks to Google Translate’s cheerful phrasing like “our new power forward Chris Reyes, he got a trophy,” and describing the “new US boys” as “quite convincing,” every run-of-the-mill basketball recap sounds like it was written by a group of proud mothers. Be like Google Translate.

The Panthers will play their first game in Austria on Sept. 23 against UBSC Graz, according to their Facebook page.

Correction: This article incorrectly reported the number of Marty Wilson’s former players who have played professionally overseas. There have been seven. 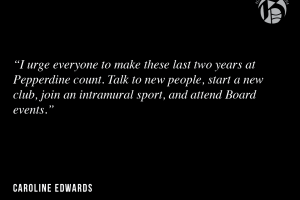 Leaving London was one of the hardest things I’ve ever had to do.It was harder than saying goodbye to my childhood...
Copyright 2018 Pepperdine Graphic
Back to top