Women’s Tennis Undefeated in the WCC 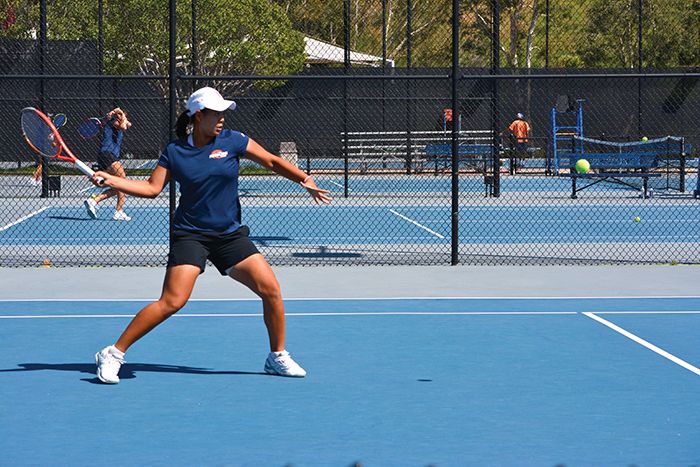 One victory was simply not enough for the women’s tennis team. Within two days, the Waves delivered back-to-back stunning victories at home in Malibu to finally convince the fans that the NCAA tournament in May is becoming more of a reality. On April 3, the Waves shut down the University of San Francisco (USF) 7-0 and on April 4, once again by 7-0, the Waves outclassed Santa Clara University (SCU).

Against USF, the Waves had a terrific start — they clinched the doubles with senior Lorraine Guillermo and sophomore Apichaya Runglerdkriangkrai winning on the No. 1 court, and sophomore Christine Maddox and junior Matea Cutura triumphing on the No. 2 court. The Waves were off to a 1-0 lead, but there was still a lot more to come.

At this point, the chances of USF bouncing back were slim. But junior Danielle Feneridis made it impossible. Feneridis outclassed USF’s Ines Teixeira with partials of 6-3 and 6-3; 4-0 on the scoreboard and a much-deserved victory for the Waves. Freshman Laura Gulbe, Runglerdkriangkrai and Guillermo finished the job with victories on the No. 3, No. 2 and No. 1 courts to seal the win at 7-0.

“We worked well as a team,” Capannolo said. “We pushed each other and kept the energy up, which assisted us all in competing at our best.”

The Waves’ winning streak stretched to April 4 against SCU. Playing for the doubles point, Feneridis and Gulbe’s win on the No. 3 court, combined with Maddox and Cutura’s win on the No. 2 court was enough to put the Waves ahead 1-0. Could this be a repeat of what was seen the day before? Definitely.

No. 10-ranked Guillermo shut out SCU’s Delphine Rouvillois on the No. 1 court with partials of 6-1 and 6-1, 2-0 on the scoreboard. Out of the Waves’ 15 games in the season thus far, Guillermo won her singles duel in 13 of them — an impressive record that will most definitely be missed after she graduates in May.

Feneridis continued the team’s winning ways and brought SCU down to its knees; her two-set win with partials of 6-2 and 6-3 on the No. 6 court was enough to put the Waves up 3-0. The team was one win away from victory, and it came swift and easy. Capannolo outclassed SCU’s Zeina El Tawil on the No. 5 court with 6-3 and 6-1 partials.

Pepperdine, four; SCU, nothing. Game over. From this point on, any match being played was purely for ceremonial purposes. Gulbe drilled through her SCU opponent on the No. 2 court with convincing partials of 6-0 and 6-3 and stretched the lead to 5-0. Although having already lost the game, SCU still put up a fight. Cutura lost the first set 6-2 on the No. 4 court but redeemed herself with a 6-3 win in the second set. Cutura brawled closely with SCU’s Daniella Silva to win the third set 10-3 and give the Waves a 6-0 lead. No. 95-ranked Runglerdkriangkrai dropped the first set 7-5 but bounced back with a 6-2 win in the second set. She struggled in the third set and narrowly beat her SCU opponent 10-6 to seal the match at 7-0.

“We were able to translate what we do in practice to our match,” Cutura said.

Overall, it was a weekend of bliss for the Waves — two 7-0 victories that add onto the team’s previous four-win streak, with not a double or singles point lost in either of the two matches.

Update: The No. 16-ranked Waves streak stretched to eight until they fell to No. 13-ranked Stanford 6-1 on April 12. The squad remains undefeated in WCC play (7-0). Next up, they face Pacific in Stockton on Friday, April 17, at 1 p.m. 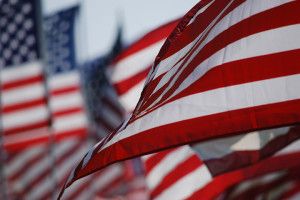 Photo by Veronica JohnsonA Convocation event geared toward veterans’ affairs is in the works for the upcoming fall...
Copyright 2013 Jupiter Premium Magazine Theme
Back to top