Women’s Basketball Gets Back on Track, Sweeps Homestand 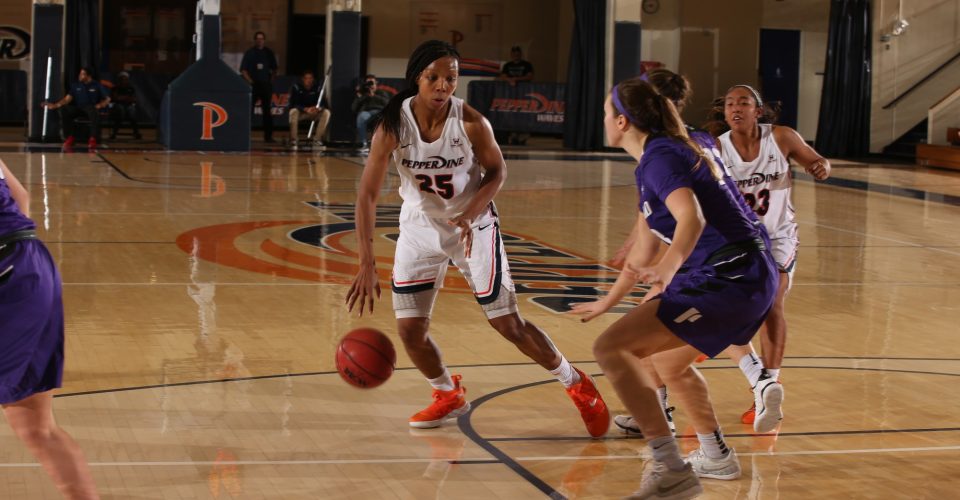 The Waves set the tone early at Firestone Fieldhouse and then carried the momentum into Saturday’s home game against BYU, in which they upset the 25th-ranked Cougars 79-65.

“It was good to get back to our winning games,” Andriuolo said following the San Diego game. “I think we needed this win to get us rolling.”

Following close road losses to Saint Mary’s and Pacific the previous week, the Waves fell to 5-4 in West Coast Conference (WCC) play, so it was critical to bounce back on their home court.

“It was our first game back at home after a tough road week last week,” sophomore guard Rose Pflug said. “We’ve struggled this season a bit with coming out strong . . . so that was just a main point for our team today, to come out on fire and try to get a lead early.”

The team did exactly that, jumping out to a 29-13 lead after the first quarter and shooting 80 percent to San Diego’s 33 percent in the opening period. Senior forward Yasmine Robinson-Bacote scored 11 of her 14 points in that first quarter.

“I think that when we play at home, for some reason, the basket seems bigger … ” first-year Head Coach Delisha Milton-Jones said. “Tonight we also did a good job of executing.”

Pflug went on a tear in the second quarter, scoring nine of the Waves’ first 11 points in the period, as the lead was stretched to 46-23 midway through the quarter. All 11 Waves in uniform saw the court by halftime, and seven of them scored. By the end of the game, ten of the 11 players had put up at least one bucket.

“It was definitely good to see everyone getting an opportunity to play their game and free themselves up,” Milton-Jones said.

The Toreros only had eight players travel for the game, and they had four players in double figures, led by Leticia Soares‘ 17 points. San Diego made a run in the third quarter, cutting the lead to 52-40, but that was as close as they would get.

“With this win, we’re gaining more confidence,” Andriuolo said. “This will give us a lot of momentum.”

“Tonight we were able to be efficient offensively and multiple people were able to see the ball in different positions on the floor,” Milton-Jones said.

Milton-Jones’ team was able to take the “sweet taste of victory” into Saturday’s matchup with BYU, a team who had beaten the Waves by 25 points a month earlier in Provo, Utah.

Robinson-Bacote scored 17 points to lead four Waves in double figures, and Pepperdine used a huge 18-4 run in the second quarter to complete the upset of the Cougars.

Now, Pepperdine has pulled itself into a three-way tie for third place in the WCC, sitting at 7-4 in conference play along with Pacific and Saint Mary’s. BYU is second in the WCC with a 9-2 record, while San Diego is in the cellar at 1-10.

“We just have to keep going and use this momentum to go forward,” Pflug said.

The Waves will go on the road to take on WCC opponents San Francisco and Santa Clara on Feb. 7 and Feb. 9, respectively, before they return home for a non-conference game against Cal State Los Angeles Feb. 12. 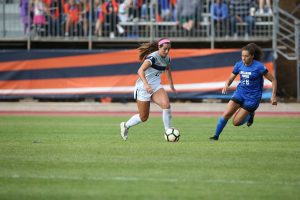