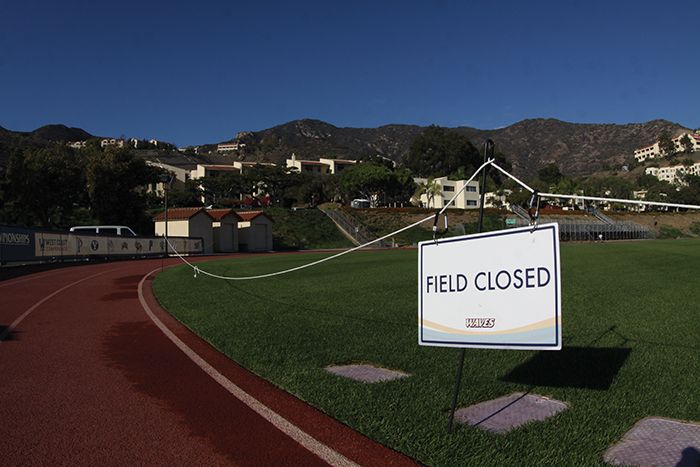 The recently renovated soccer field may be open in the spring to students, but there will be new regulations according to Pepperdine Athletic Director Steve Potts and Head Soccer Coach Tim Ward.

Cleats will be prohibited and there may be a field supervisor as well. Different segments of the field may also be closed each week so the grass has time to regrow, according to Ward.

Pepperdine Athletic Director Steve Potts said there are plans to work with the Campus Recreation office to figure out how to better use the soccer field once the women’s soccer season ends.

“I get that we need to find a way that we can share that field,” Potts said. “We also have to protect the significant investment that we’ve made in the field to get it fully grown.”

The new field was planted this past summer, only a year after major renovations to the field and track were completed in the summer of 2013.

However, Potts said there were problems with irrigation, the drainage system, and the field itself.

“After a while the grass started to die,” senior soccer player Lynn Williams wrote in an email. “We would throw chunks of grass to the side so we didn’t slip.”

The Bermuda grass planted in the field on 2013 went dormant throughout the winter according to Ward.

“Dormant grass can’t grow back,” Ward explained in a phone call. This caused the grass to begin to die.

The field problems caused the university to replace the soccer field grass again this summer, only a year after it was first replaced.

Since then, the field has been closed to students. It was closed to the soccer team as well until their first game of the season.

“The very first time we ever were on [the new field] was the first game of the year,” Ward said. “We had our entire preseason off campus…During the first few weeks of our season they were limiting our hours to no more than 6 or 7 hours on the field.”

Ward said the soccer team tries to mainly practice in the end-zone areas behind the goal to limit main field use.

“It is an amazing surface,” Ward said. “For our soccer program, it has been a major blessing.”

The soccer field closure has been tough for some individual students and clubs.

“It has been hard to find a place to practice,” Whitney Gilliam, who is an ultimate Frisbee co-captain, wrote in an email. “It really put a damper on our Frisbee team at first because we didn’t have a solid meeting place.”

The soccer field expansion has also affected the track team.

“It makes it harder for practices,” cross-country and Track Head Coach Robert Radnoti said. “But we understand that the soccer field needed to be upgraded.”

Without a regulation track, the track and field team can no longer host meets.

“It just came down to we’ve got to do something and this is the only thing we can do right now,” Potts said. “It’s going to limit our track program, but sometimes, you just have to make decisions that are best for the program overall.”

The decision to cut down the track impacted other athletes as well.

“It’s just devastating to see the athletic program care more about one sport than another and making athletes feel like their sport is unworthy of being considered a Division I program at Pepperdine,” former track athlete Brynn Henderson said.

There are no current plans to rebuild a full regulation track.

Jab ‘em with a Shakespearean insult 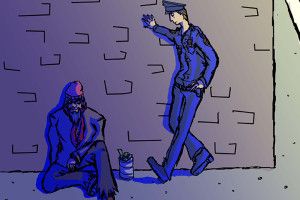 Art by Chris Chen As we approach the holiday season, many people look forward to spending time with family, giving thanks,...
Copyright 2013 Jupiter Premium Magazine Theme
Back to top