Which box is best? 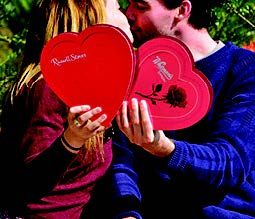 Every holiday, my apartment gets a candy centerpiece for our living room coffee table. Last week, while out at Ralphs I decided to pick something up for my roommates and me to adorn our table with.

I went straight to the cheaper heart-boxes in the back. I thought I was seeing double at first when, right next to each other, Russell Stover and Whitman’s, had the exact same heart-shaped box of chocolate for purchase. I mean they were identical, down to the same “Made in America” label on the back. It was as if they did this on purpose.

I wanted to find out what the difference was and it was my turn to provide my apartment-mates with a festive candy centerpiece anyway, so I grabbed both $5 boxes for purchase and prepared to do research with my friends. At first we Googled it.

As it turned out, there is an entire article online written by a certain Erin Jackson on a San Diego food blog by the name of “Serious Eats” about this debacle.

I’m just happy that someone thought this resemblance was as uncanny as I did. While Jackson sought to specifically define the better option, I want to best explain the key differences so that anyone needing a classic last-minute gift perhaps can make his or her shotgun decision a little more quickly.

So the first difference comes only after all the cellophane is removed. The Whitman’s box is metallic pink with a multi-shade fake embroidered rose on the outside and label in white. The Russell Stover option, on the other hand, is completely a metallic red with a raised impression of a rose, label also in white. Whitman’s looks a little more modern and cute while the Russell Stover is certainly the more classically-presented option. But obviously, you’re probably not going to buy the thing for the look of it. Let’s peek into the boxes.

The Russell Stover has more chocolate in it than the other; the product’s net weight is seven ounces, and there are 13 pieces of chocolate, five dark and eight milk. Both of the first two were rather… fruity and different, There are a dozen completely different kinds, with the 13th piece being another of toffee, which ended up tasting pretty straightforward and satisfying.

The Whitman’s was a bit of a different story. With four dark and eight milk, there is one less piece than in the Russell Stover. However, this box does well to repeat its hits; in short, there is less margin for a “weird taste.” With 6.25 ounces of product, you are technically paying more for each individual chocolate, but it’s probably much more likely to actually be good. There’s even one “centerpiece” chocolate that’s just a nice block of milk chocolate. What you potentially pay for in an all-around less risky box, however, is an overload of caramel-sugar without any breaks to the taste. There are also two coconut pieces. I’m not sure who let that one fly.

Both of these, in any case, would work as a really classy last-minute gift. Personally, what I did have of the Whitman’s box, I enjoyed more.

Ultimately, the college student in me has to share again that you’re getting more for your money with the Russell Stover.

To those of you who will snap into realization at needing a last-minute gift, these can be found at Ralphs. When you sprint through the doors, take a hard right and pretend like you’re going to the back wall. They’re on the end of an aisle, waiting to satisfy your frantic attempt at a loving gesture. Choose wisely, know there’s really no difference, and of course, trust the classic gift that is a box of chocolates.

Don't Worry, I wasn't Thrilled About NSO Either

Do Not Go Gentle into that Good Night 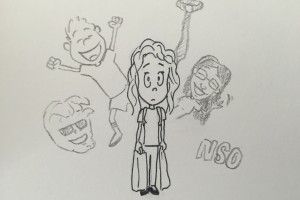 Don't Worry, I wasn't Thrilled About NSO Either