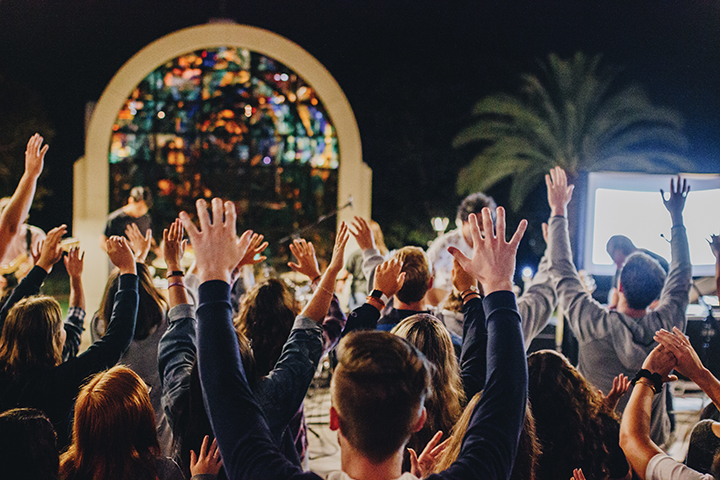 The Collective is composed of Anneleise Graf, Wilson Howard, Alexa Shafer, Jacob Williams, Christy Klot and Taylor Begert. This group of musicians, including Pepperdine graduates, want to spread God’s love and encourage a worship culture through their music.

The event took place at Pepperdine’s Amphitheater, which could barely accommodate the hundreds of students, faculty and alumni who came to support the six worship artists.

The Well Collective’s “The Kingdom” started as a dream 18 months ago, according to the drummer, Alexa Shafer. The album was finally released on Spotify Thursday night. 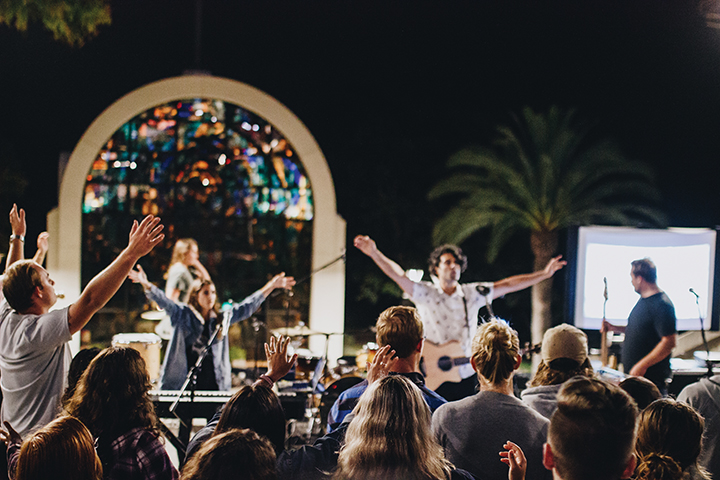 Dusty Breeding, as campus youth minister, has seen the band grow and proudly introduced the band at the event. “The record launch has been years in the making, in that a group of musicians were raised up together through the mentorship of our worship director, Taylor Begert, who has now gone on to accomplish incredible things,” Breeding wrote. “The record release is a tangible representation of the spiritual impact they’ve made through leading worship all across Los Angeles. It’s amazing to think that this collective of musicians was born out of The Well. I hope they always consider The Well to be their home.” 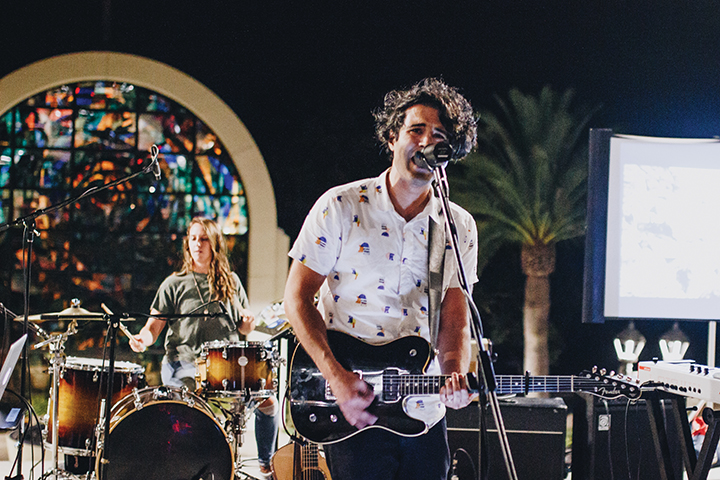 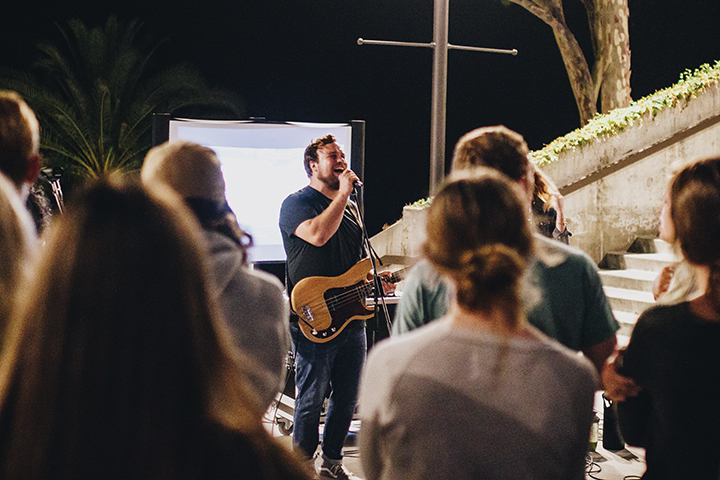 The track “Beautiful Dance” is an example of reorientation as Wilson Howard, bass player and vocalist, talked to the crowd about how amazing God’s unconditional love is when presenting the song to the audience. The song is about hope, love and forgiveness.

The Collective’s passionate and energetic performance inspired the crowd to sing and dance along while raising their hands to praise the Lord. Faces of joy could be seen as the audience followed the loving and hopeful lyrics on the screen. 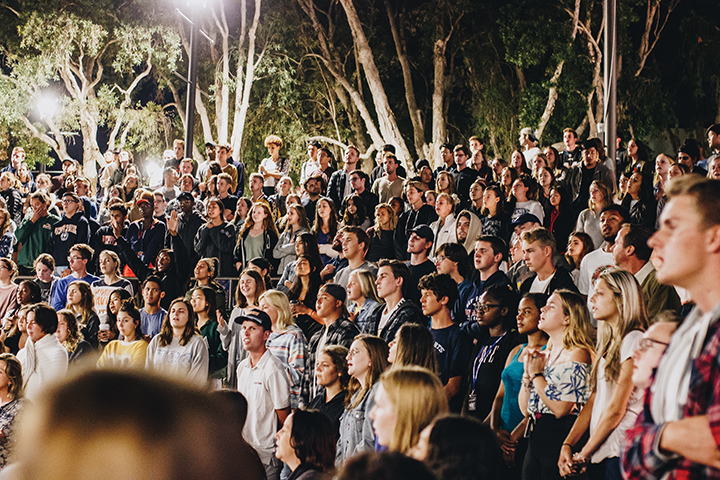 Senior Gabrielle Storey, explained how the Well Collective’s debut album helps her connect with God. “Last Thursday night was an evening that filled me with so much joy,” Storey wrote. “To see so many people who have so many different backgrounds and views coming together to praise the Lord is a scene that fills my heart with hope … Putting lyrics and notes together into songs that allows me to connect and praise the Lord in a way that words cannot always do.”

The Well provided a space for the fans, students, friends and family who came to support the band. 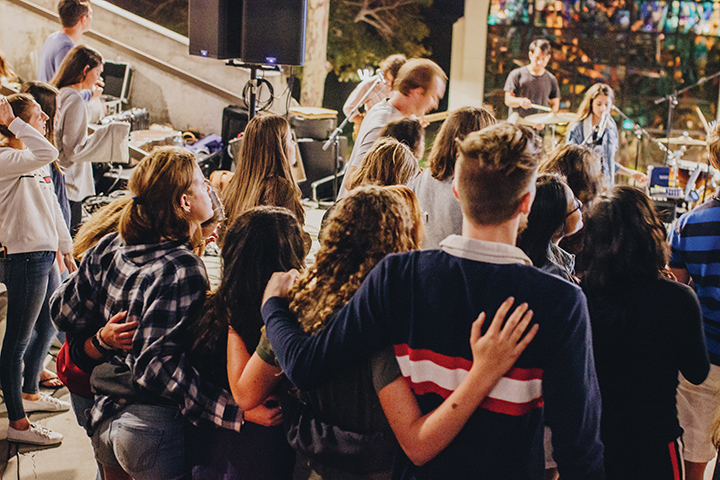 Pepperdine alumnus Tanner Wildason has attended The Well since his student days. “I was so pleased and moved to see such a large crowd coming out to support some of our alumni doing what they do best: bringing people together to worship,” Wildason wrote. “It warmed my heart to see the classes beneath my own not only continuing to attend The Well but growing into to something bigger and better than it has ever been before. Waves don’t die.” 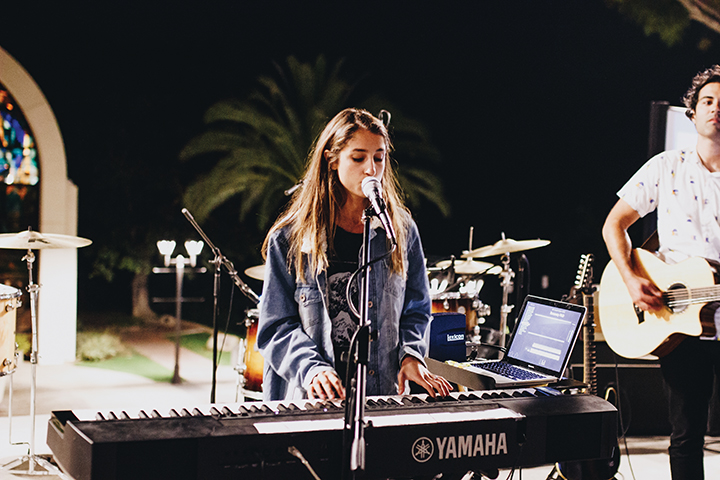 The Well Collective is impacting congregations around the city of Los Angeles with their Church partnerships and is a representation of a generation of hope.

Thursday’s event was a confirmation of this, according to Senior Avery Chidiach and team member of the Well. “The Well has been such an integral part of my spiritual growth here at Pepperdine,” Chidiach said. “Being able to be a part of The Well Collective Album release on Thursday night reminded me of the amazing community that we have here … God truly showed Himself that night not only through the music but through the incredible fellowship that gathered in the amphitheater.” 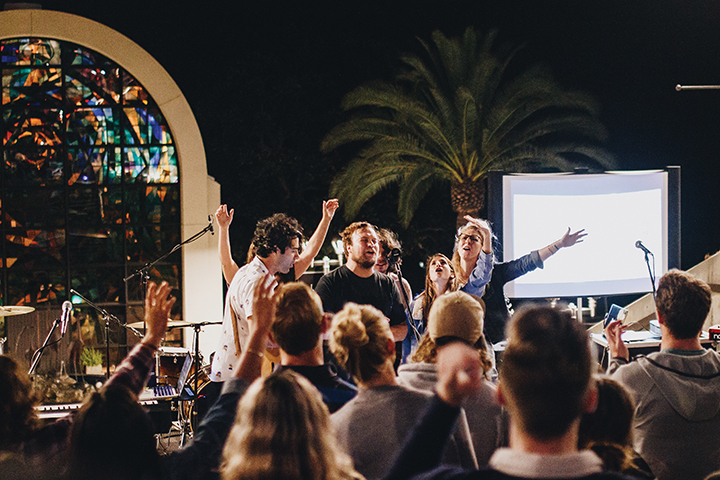