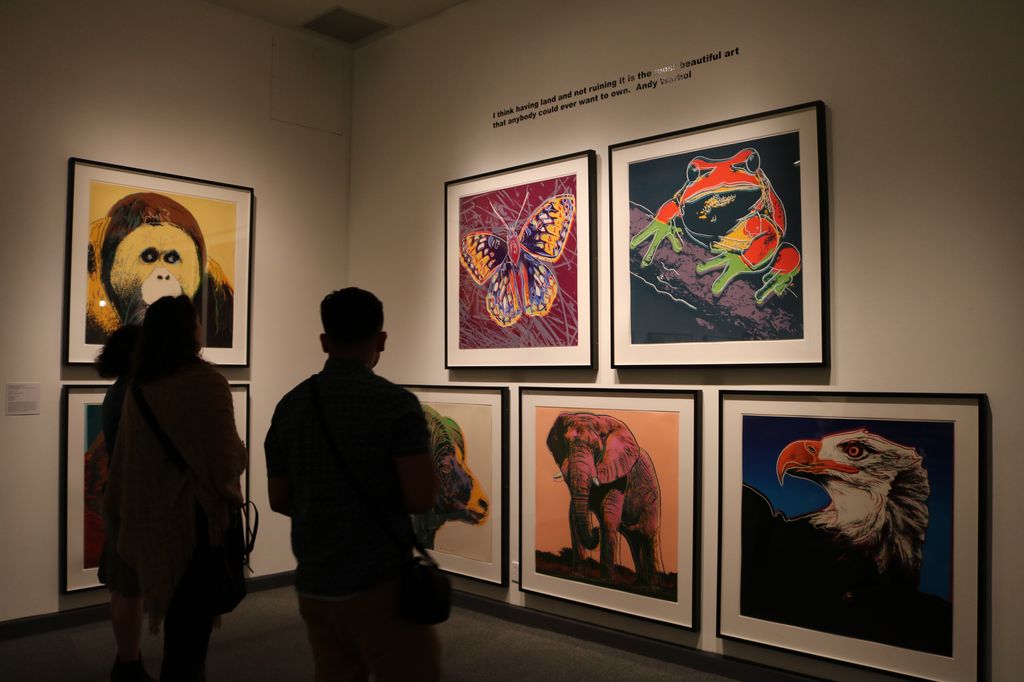 Pepperdine’s Weisman Museum of Art was full of curious students, art buffs, hors d’oeuvres and a dynamic collection of Andy Warhol’s timeless pieces Saturday night from 5 to 7. The exhibition’s two-floor display contained more than 60 pieces including both iconic collections such as “Campbell’s Soup Cans,” as well as some of the artist’s less famous pieces. Bank of America Art is sponsoring the exhibition and providing Pepperdine access to the collection.

“It has been probably a year and a half — maybe closer to two years — that we have been working on this,” he said. “The art is all from Bank of America. They have this program called Art in Our Communities, so they believe in sharing art and actually making donations to museums to promote access to the arts. They are lending it to us for the run of the show, which is until April 3.”

The opening night allowed art enthusiasts to peruse the rooms of the Weisman, all displaying the colorful works of Warhol. Warhol’s pieces are examined for the contrast between their perceived superficiality and depth of meaning. The walls were painted to highlight the various paintings, and quotes by Andy Warhol were strategically placed throughout the exhibit, along with placards revealing information about the artist’s life and career. Visitors of the museum could indulge in fruits, crackers, quiches, stuffed Belgian endives, vegetables and an assortment of cheeses while viewing the collection. 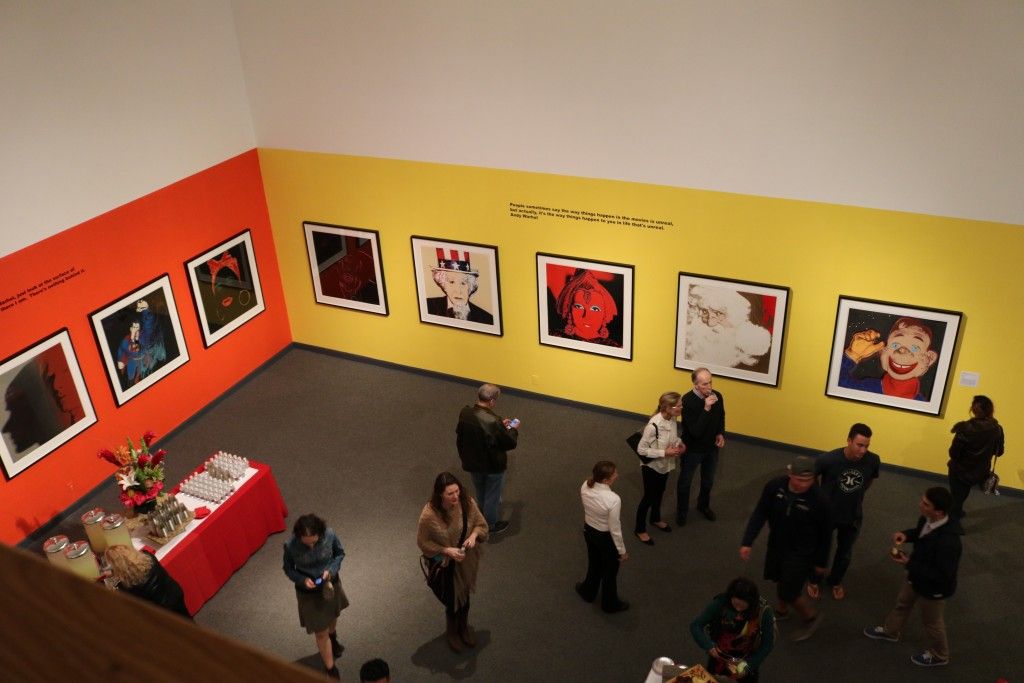 Andy Warhol’s pop art generally reflected elements of commercial culture, and drew an audience of students, professors and Malibu locals, all eager to see the paintings in person.

Junior Kevin Shrimp said he attended the opening because of a theater class requirement as well as personal interest in the modern artist.

“My teacher wants us to look at the paintings we would buy and [the ones we would] throw away,” he said. “I am also here because I wanted to see it in person and see his signature. The one I would keep is the Mickey Mouse one, and the one I would throw away is the Campbell’s Soup.” 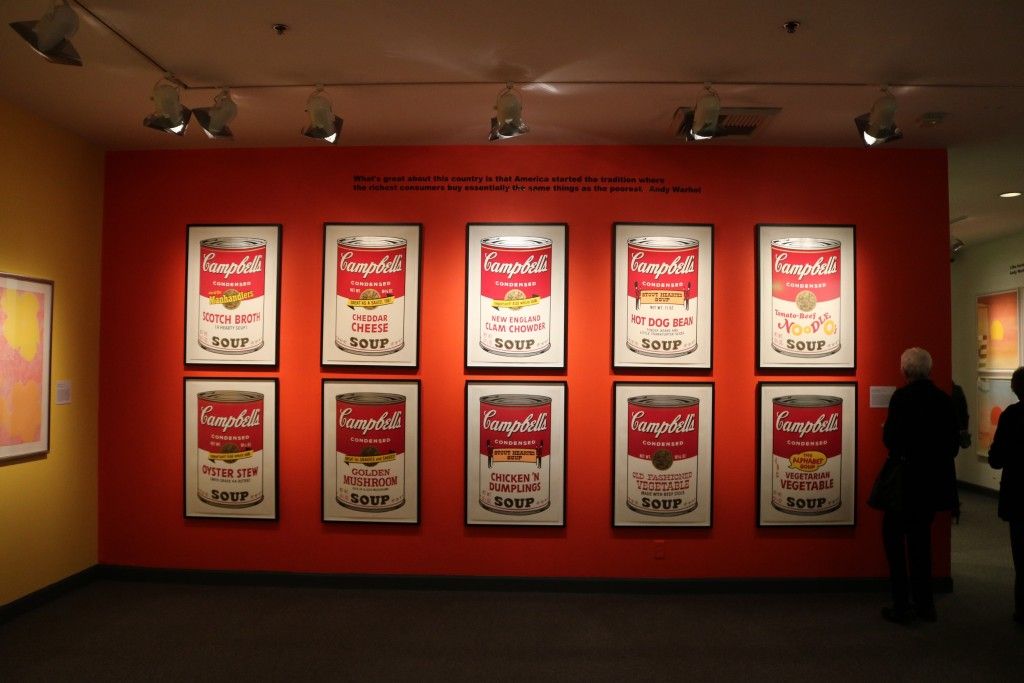 The exhibit provides viewers with the opportunity to see art that has possibly never been seen before by many, as well as learn more about Andy Warhol, himself.

According to Elizabeth Parang, Pepperdine library liaison for the arts, Zakian leads tours through the exhibits he organizes for both students and members of the community, offering information about the artists and paintings that are less widely known.

“Dr. Zakian does tours for different groups,” she said. “I live in Calabasas and I know that the Savvy Seniors are coming, so there is a lot of interest in the area. All of his exhibits are really interesting; he picks out ones that will appeal to the people that live in this area.”

Zakian discussed misconceptions about Warhol’s past and motivations.

“Most people think of Warhol as a secular artist who was interested in commercial culture and popular culture, but he was actually very religious, and when you look, there is a lot of Christian imagery,” he said. “The interesting thing is that when you read that quote there, that is what he always said about his art. (‘If you want to know all about Andy just look at the surface of my paintings, films and me; there I am. There’s nothing behind it.’) That’s what he always presented to the public, and that’s not true. There’s a lot behind it, and he always hid the deeper feelings.”

Alex Lilly, a Pepperdine junior who works with Zakian in the museum, expressed her enthusiasm for the popularity of the event on campus.

“I am excited that it is finally here,” she said. “People at Pepperdine have been so excited that [art by] Andy Warhol is on campus, so it’s just cool to have that big name and great support from the community.” 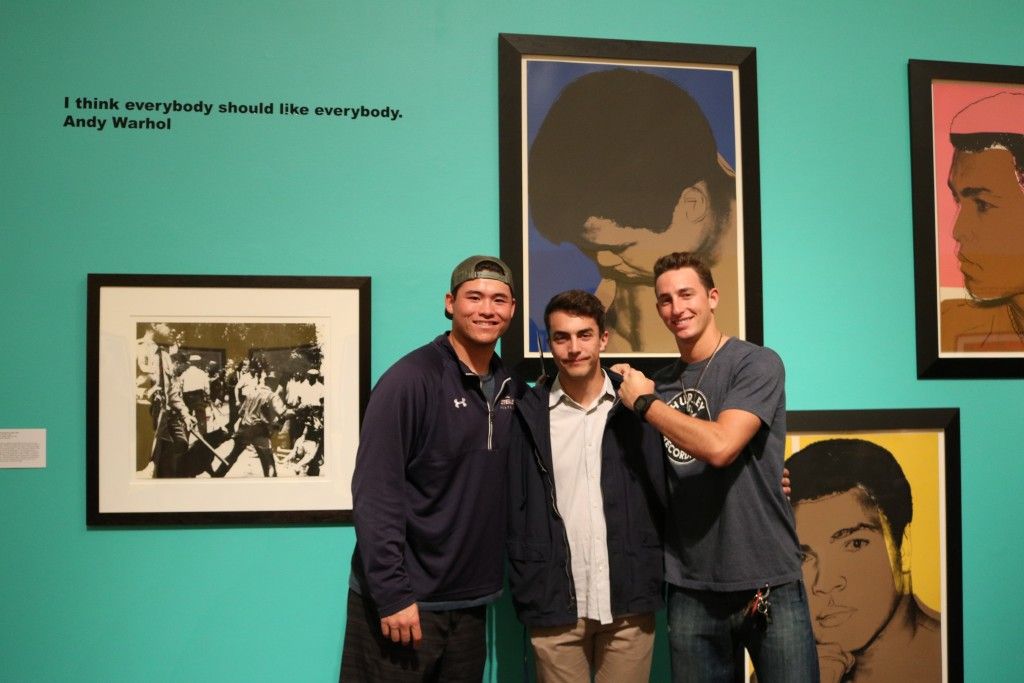 Zakian is not looking forward to the day of April 3 when the exhibit leaves Pepperdine.

“We have to take everything down, wrap everything securely, put it in crates, send it back, and then I sit here and cry because I have an empty room,” he said. “Taking the art down is one of the saddest things — it hurts.”

Students are encouraged to check out the exhibit, as the paintings will only be there until April 3. The museum is open from Sunday to Tuesday, 11 a.m. to 5 p.m.