We Went There: I Went to LMU’s Homecoming and All I Got Was a T-Shirt and a Free Slice of Pizza 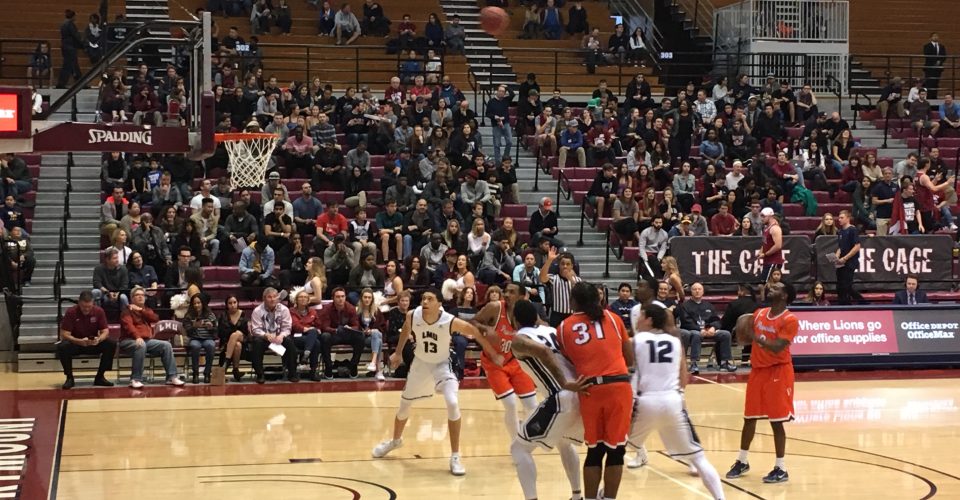 Stop me if this sounds familiar.

The injury-riddled Pepperdine Waves played on the road against a beatable WCC opponent last weekend, but they couldn’t play perimeter defense and find their rhythm on offense, which led to a 82-61 loss against LMU on Feb 18.

Senior guard Lamond Murray Jr. led all Waves players with 19 points, and freshman forward Nolan Taylor quietly set a new career high with 17 points. Senior forward Chris Reyes missed his first game of the season due to an injured foot, which thrust redshirt sophomore Nate Gehring into the lineup. Reyes’ absence was evident in the battle of the boards: The Lions out-rebounded the Waves 35-29.

LMU came into the game averaging 70.4 points per game on 44.7 percent field goal shooting, which was 247th and 163rd in the nation, respectively according to sports-reference.com. After hanging 82 points on 52.7 percent shooting against the Waves, the Lions raised to 243rd and 146th in both categories.

For the first 10 minutes, the game looked competitive. Pepperdine pulled ahead early in the first half with a balanced offensive attack and a lot of help from LMU’s cold shooting. The Waves led 14-5 behind five points from Murray Jr, but it wasn’t enough. The Lions ripped off an 18-0 run in 3:25, which included four straight threes from LMU guards Brandon Brown and Steven Haney.

But as it’s happened in nearly every Pepperdine loss this season, the Waves clawed within four points by halftime. Those four points, however, might as well have been fourteen. The Lions outscored the Waves 46-29 in the second half and shot (a ridiculous) 75 percent from the field.

Forty-eight of LMU’s points came from three-pointers, most of which were either in transition, uncontested or — to the delight of the audience — both. The Lions aren’t the Golden State Warriors (or the BYU Cougars, for that matter), but they still shot 57 percent from three against the Waves.

Speaking of shooting the lights out, LMU guard Steven Haney nearly set new career bests against the Waves’ porous three-point defense. The junior out of East Lansing, MI who averages 8.6 points per game this season, led all scorers with 25 points off of seven threes. The seven threes tied a career high; the 25 points were one short of his personal best. Haney became the seventh player (fourth from the WCC) to score 25 points against Pepperdine’s defense this season.

For a team that used to hang their hats on defense, Pepperdine’s regression has somehow worsened throughout this season. The Waves are finding new ways to hit rock bottom (i.e. a 51-point loss to Santa Clara). Haney’s breakout performance should be added to this list.

With the WCC schedule coming to a close, Pepperdine whiffed on a chance to move up the conference standings and improve its tournament seeding. The Waves were tied for sixth going into the PCH Cup against LMU, who just so happened to be the other team in sixth place. Instead, the 21-point loss combined with the San Diego’s double-overtime win against Santa Clara made Pepperdine drop into a tie for seventh with the Toreros.

If there’s any consolation to seeing this game in person, it’s the freebies. My row won a free pizza (to split) thanks to a handful of grade-school kids who were having a blast in the first half. Plus, some friendly LMU staffers gave me a free “Crush the Waves” shirt, which was pretty dope, if you ask me.

I have to hand it to LMU. Not many sub-.500 mid-major teams hand out commemorative shirts whenever they beat another mid-major team with a 9-18 record by 21 points at home.

On second thought, that lukewarm slice of pizza was probably better. 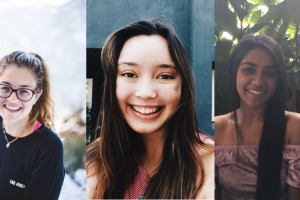