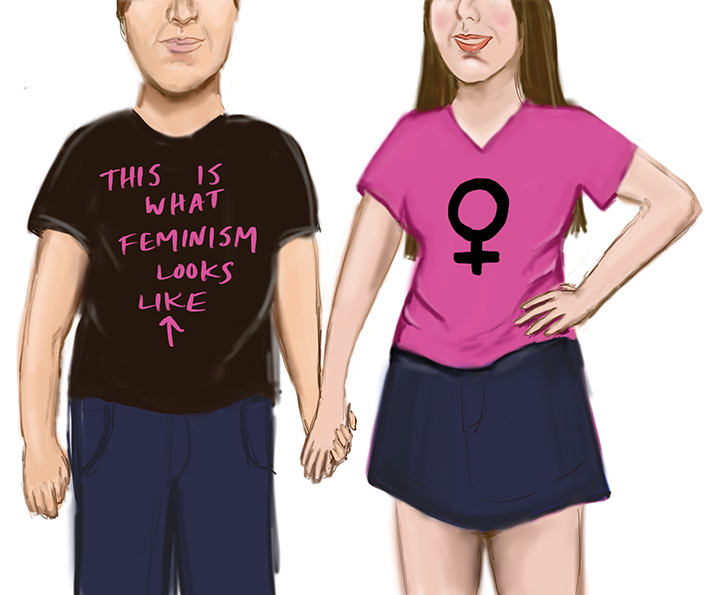 In the world today, 49.6% of the people are female and 50.4% are male. It may be surprising to find that while women are half of the human population, they are still heavily disadvantaged under the law throughout the world. In the United States, the feminist movement seeks the support of all men and women on issues ranging from equal pay and the pink tax to the right to choose.

At Pepperdine, 60% of the undergraduate population is female. Pepperdine’s current freshman class is 49% White, 14% Hispanic/Latino, 10% Asian and 5% Black, according to 2019 admission statistics.

As an institution dedicated to producing leaders, Pepperdine University is responsible for ensuring that both men and women, specifically women of color and LGBTQ+ women, are provided the same opportunities and access to success. With a campus population consisting mostly of women and various ethnic groups, feminism is something that needs to be practiced and supported by all students and faculty and manifested into campus life.

The feminist ideology has the power to benefit everyone when it is inclusive and understood for what it truly is.

For many, feminism is “the theory of the political, economic, and social equality of the sexes,” or “the doctrine advocating social, political, and all other rights of women equal to those of men” or “the belief that men and women should have equal rights and opportunities.” These definitions all seem pretty repetitive, right? Well, that is because, at its core, feminism is about equality between the genders.

What these definitions also imply is that feminism is for all women, not just White women. However, the feminist movement has a long history of excluding women of color and men from the conversation.

White feminism is defined as the “efforts and actions that uplift White women but that exclude or otherwise fail to address issues faced by minority groups, especially women of color and LGBTQ women.”

Suffragists like Elizabeth Cady Stanton and Susan B. Anthony, two of the organizers for the Seneca Falls Convention, commenced the feminist movement by perpetuating racism and failing to address the oppression of Black women. By excluding women of color from the movement’s initial push for voting rights, feminism gained notoriety for perpetuating a set of problematic ideas.

In the United States, women who work full-time make $0.80 to the dollar that men make, according to Business Insider. Breaking that down by race, Black women make between $0.48 and $0.60 in comparison to a dollar earned by a White man. Latina women earn $0.54 to the dollar and Native American women earn about $0.58 to that same dollar earned by a non-Hispanic, White man, according to the Leadership Conference Education Fund.

The need for intersectional advocacy within the feminist movement is crucial. Feminism is an ideology imperative for the success of society, but when the voices of those most affected are purposefully left out of the conversation, change cannot be achieved.

Feminism requires the support and voices of all people who wish to see equality between the sexes. In order to achieve any form of equality, though, people need to take action and alliances need to form.

The easiest way to start is in one’s community.

Call out harassment when one sees it and speak up when you hear people — both men and women — push gender normative roles upon others. There are resources provided by the UN Women’s Council which layout efforts to create equality among a variety of countries. Join the UN’s #HeForShe campaign, a social media movement for unity and a bolder more equal future.

To be an ally is to be not only supportive but to be active in the movement. Challenge yourself to be someone who advocates for others because when feminism is supported by both genders and the voices of all women, despite race and sexual orientation, are heard, then the world will know equality.