We Need to Understand Gun Laws Before We Can Own Guns 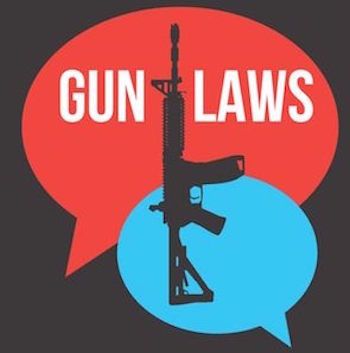 After the San Bernardino attack in December 2015, violence and mass shootings hit closer to home for those living in California. This tragic event, coupled with the shooting at Santa Monica College in 2013 and Isla Vista in 2014, provided some of the impetus for enacting stricter gun laws in California over the past few years.

Prompted by the San Bernardino shooting, California Gov. Jerry Brown signed some of the most drastic gun control measures for California, making California one of the most difficult state in which to purchase a gun, followed by Connecticut and New Jersey according to the Annual Gun Law State Scorecard of 2015 by Law Center to Prevent Gun Violence.

While advocates of tougher gun laws celebrated the new law, members of the National Rifle Association labeled the legislation “draconian.” Rather than being viewed as a means to “protect the rights of law-abiding gun owners” as Brown previously stated, the new legislation was perceived as yet another attack on the Second Amendment and an infringement on the rights of gun owners, according to the NRA Institute for Legislative Action.

While individuals on the far right have been perceived as being more averse to laws concerned with reforming gun control and gun safety in media portrayals, research regarding the shift of why people own guns may be partly responsible. In 1999, hunting was one of the main reasons Americans owned guns; however, in 2013, 48 percent of Americans said they owned a gun for protection, and only 32 percent said they owned a gun for hunting, according to the Pew Research Center.

In July 2016, crime in Los Angeles rose for the second straight year, according to Ben Poston and Kate Mather’s article, titled “Overall crime is up in L.A. for the second straight year, LAPD reports,” published July 22, 2016, in The Los Angeles Times. In Los Angeles, crime is up from 61,615 reported incidences of property crime and violent crime in 2015 to 65,579 reported incidences in 2016, with violent crime up by 15.9 percent, according to Poston and Mather’s article.

The legislation signed by Brown, which called for banning high-capacity magazines (more than 10 rounds), also expanded the definition of assault weapons. An assault weapon in California is described by Senate Bill 23. The expanded definition would help close “bullet button loopholes,” according to Bill Chappel’s article, titled “6 New Gun Control Laws Enacted In California, As Gov. Brown Signs Bills,” published July 1 by NPR. These “bullet button loopholes” refer to legal firearms sold in California that do not fall under California’s ban of guns with detachable magazines, according to the article. Among the new laws is also one that would mandate background checks when a gun is loaned to someone other than a close relative of the owner.

Detective Ben Meda of the Los Angeles Police Department said some of the biggest problems LA County faces, which will hopefully to be resolved by Gov. Brown’s new laws, are illegal transfers of guns outside of a dealer, sidestepping the background check requirement.

Kash, however, said more gun laws create greater a inconvenience for law-abiding citizens who want to get ammunition.

“More laws that are not going to do anything to help curb crime or make it more difficult for non-law abiding citizens to get ammo [are] just another infringement on our personal liberties,” Kash said.

Kash voiced concern about a proposed law that would ban the purchase of ammunition online and out of state. For Kash’s business, which ships all over the country, this would mean that customers would have to drive to his firing range to purchase ammunition. He added that these proposed laws are a futile effort at public safety.

“It’s a knee-jerk reaction that politicians do to make people think that they’re doing something, when in fact they’re not — all they’re doing is making it more difficult for the average law-abiding citizen,” Kash said. “It’s a way of making people believe they are safer by enacting laws.”

Kash said the enactment of more stringent gun laws is an effort that would be better spent enforcing pre-existing laws.

“Enforce the laws that are currently on the books, take the money that they are using in these programs, and put it toward putting more law enforcement on the streets,” he said.

Detective Meda also said the enforcement of laws should be tougher, adding that one of the most common misconceptions about gun laws is that they are not tough enough. Meda suggested that in order to protect the community, law enforcement needs to enforce existing laws.

“As much as we see all these laws coming out, the misconception is that we are not being as strong or as tough on gun laws as we should be,” Meda said. “In other words, we believe that the enforcement aspect of it should be a little tougher.”

In addition to other restrictions on guns, California became the first state in the nation to require micro-stamping of handguns in 2007 after the passage of the Crime Gun Identification Act. Micro-stamping refers to the process of equipping guns with features to identify the make, model and serial number of the firearm, making it possible for law enforcement to trace abandoned guns to their registered owner, according to the Law Center to Prevent Gun Violence.

The qualification that new guns must be equipped with micro-stamping technology has been mired in controversy and cited by gun rights advocates as a violation of the Second Amendment, according to Edvard Petterson’s article, titled “California-Cartridge-Microstamp Law Upheld In Gun Group Loss,” published on Feb. 27, 2015 by Bloomberg. In spite of this accusation, the law has been upheld. And U.S. District Judge Kimberly Mueller said critics and pro-gun rights groups who insist on using handguns that are not micro-stamped are unrelated to the right to bear arms, according to the Petterson’s article.

The debate over guns intensified in June, when the U.S. Ninth Circuit Court of Appeals ruled that California counties can restrict permits for carrying concealed firearms in public, according to an article by Maura Dolan and Brittny Mejia, titled “Ruling on concealed weapons spotlights California’s key role in gun debate,” published June 19 by The Los Angeles Times.

Meda elaborated on California’s concealed carry laws saying that it is possible to obtain the necessary permit and, if approved by the city, carrying concealed in public spaces is permissible.

“If you show good cause to obtain a CCW [concealed weapons permit], then the City of LA will consider all that and review it, and if it is a good cause and satisfies the standards to give one out, then you will get one,” he said.

The law, which was signed by Gov. Brown in 2014 and took effect in January, is intended to prevent suspect and dangerous individuals from obtaining guns; it is based upon a similar premise as domestic violence restraining orders, according to the Law Center to Prevent Gun Violence. The law would allow “the police or family members the option to petition the courts to seize the guns and ammunition of someone they think poses a threat,” according to Monica Lopez’s article, titled “Landmark California gun seizure law takes effect 1 January but amid concerns,” published Dec. 31, 2015 in The Guardian.

Although there are some in the media who frame gun control and background checks as an aggravation to those on the right, a study published by Pew Research Center in July shows that 85 percent of the public is in favor of background checks for private gun sales and sales at gun shows. Of those, 79 percent were Republican and 88 percent were Democratic, according to the study.

Kash said that there are myriad misconceptions about gun owners, which can cause stereotypes to run rampant.

“You get a broad variety of people that are gun owners, whether they talk about it or not,” Kash said. “You’ll get all varieties of people that own guns and have guns.” 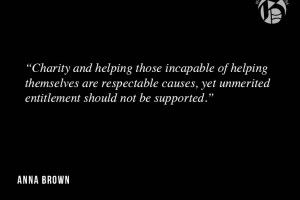 Image by Nate BartonLabeling something as "free" does not make it free — someone always must pay the cost. After carefully...
Copyright 2018 Pepperdine Graphic
Back to top