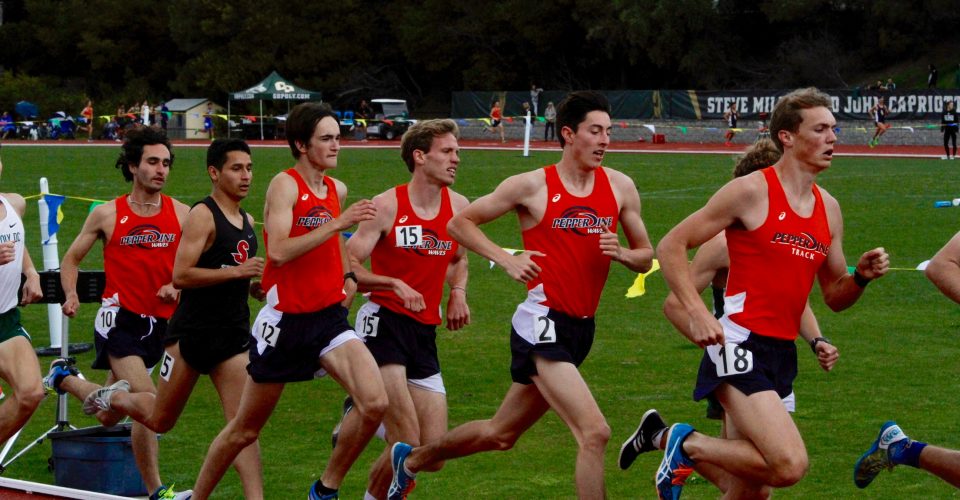 “I don’t think limits. My hunger is always there.” – Usain Bolt.

Just as the world’s fastest man in the history once said, there seems to be no limits for the Pepperdine Track team this season. During the indoors campaign earlier this season, the Women’s Track Team broke several indoor records. Only half way into the outdoor season, the Waves Track team has already broken two school records and 10 performances have made it into the top 5 all-time list. With nine more meets remaining this season, the Waves runners are hungry for more.

Already this year, she has re-written her name in the record book, knocking off half a second off her previous record by posting a time of 8.96 seconds at Boise State meeting on Feb 1 Tongco also posted a time of 14.56 seconds in the 100 meter-hurdle at UC Irvine on Mar. 16, placing her on the top of the all-time Pepperdine rankings. This time by Tongco bettered the previous school record by more than 0.6 seconds.

“I set the expectations for myself to set those goals so it’s kind of fulfilling knowing that I accomplished it,” the Seattle born-and-raised athlete said.

Despite already accomplishing her goals early on in the season, Tongco is “not satisfied with where [she is] at and still want[s] to run faster as the season progresses.”

With two school records under her belt, she said she is hoping to improve on her lifetime best in hurdle races while aiming to break the 12 seconds barrier for the 100-meter dash.

Meck began her successful campaign back in January when she broke the school record in the 3000-meter indoor race at Boise State. As for the indoor season, she has also put down her name in the 1-mile and 5000-meter races.

“It’s always good to have a goal that’s not only just in your mind,” the 2017-19 Pepperdine scholar-athlete recipient said.

Despite starting the season a month after, the Men’s team is also following the Women’s successfully solid performances as sophomore Justin Touhey looks to end the season on a high note. Touhey, a distance runner, says that a lot of the training this season has been mainly focused on strength and endurance.

Preparing for the second half of the season, Touhey competed in the 1500 at Cal Poly Invitational on Mar. 23. Touhey said running in a comparatively fast paced race allowed him to prepare “dealing with tired legs and how to pick up the pace,” for his event, the 5000.

Both track teams mainly consist of sophomores and freshmen. Senior Nick Heath, whom Touhey says is a “solid foundation of our program,” will be leaving the team at the end of the season after setting numerous school records during his time as a Wave.

Even though some of their leaders and role models are leaving, Touhey says most of the younger athletes are already taking leadership roles.

“Based on that, we will be more successful in the coming months,” Touhey said.

Injuries, unusual track structure at Pepperdine and flooded lanes due to the rainy spring weather were some of the obstacles that the Waves faced this season, however, the Head Coach Robert Radnoti, said he considers these factors as life lessons.

“The beauties of collegiate sport is that it really prepares you for life and is very consistent with Pepperdine’s mission of prepare students for lives of purpose, service and leadership.”

With the end of the season just around the corner, Radnoti said he wishes his athletes to achieve personal records at remaining meets.

Waves will compete in the Bob Larsen Distance Carnival and UCLA Legends Invitational, two of the biggest meets of the season, at UCLA on Mar. 29 and 30, respectively. 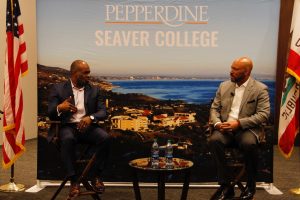 Photos by Kyle McCabe Pepperdine discontinued its football program in 1961, but that didn't stop the university's Law and Sports...
Copyright 2013 Jupiter Premium Magazine Theme
Back to top