Waves Track Passes the Baton to a New Season 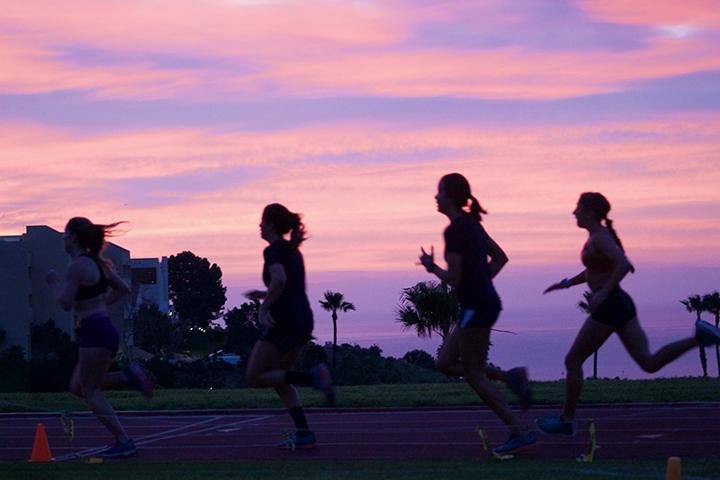 Following a record-breaking men’s cross country season and freshman runners entering the women’s scene, the Waves Track team is preparing to improve for the outdoor season.

Head Coach Sylvia Mosqueda gave the runners workouts to do in the winter off-season to establish a solid start for the first meets of the season.

“Over the break, we were doing workouts and mileage at home,” sophomore Jackson Felkins said. “Since we’ve come back to school, we’ve been training hard [by] doing three workouts a week.”

The women have competed in two of their three indoor meets: the Dr. Martin Luther King Jr. Invitational, hosted by the University of New Mexico, and Jacksons Nike Boise Invitational in Boise, Idaho.

“I think it was a really … surreal experience,” Tongco said. “That’s even an added layer to the whole competition aspect, and I think it really helped me gain more experience under my belt.”

In addition to new Cross Country and Track Head Coach Mosqueda, Yannick Allain joined the team in the fall of 2019 as the sprints and hurdles coach.

“It’s definitely been a stage of adapting to having an actually present and caring coach who just wants to get better, but to do so in a way that everyone’s on the same page,” Tongco said. “He doesn’t put too much pressure on us either. He has dedicated a lot to our team.” 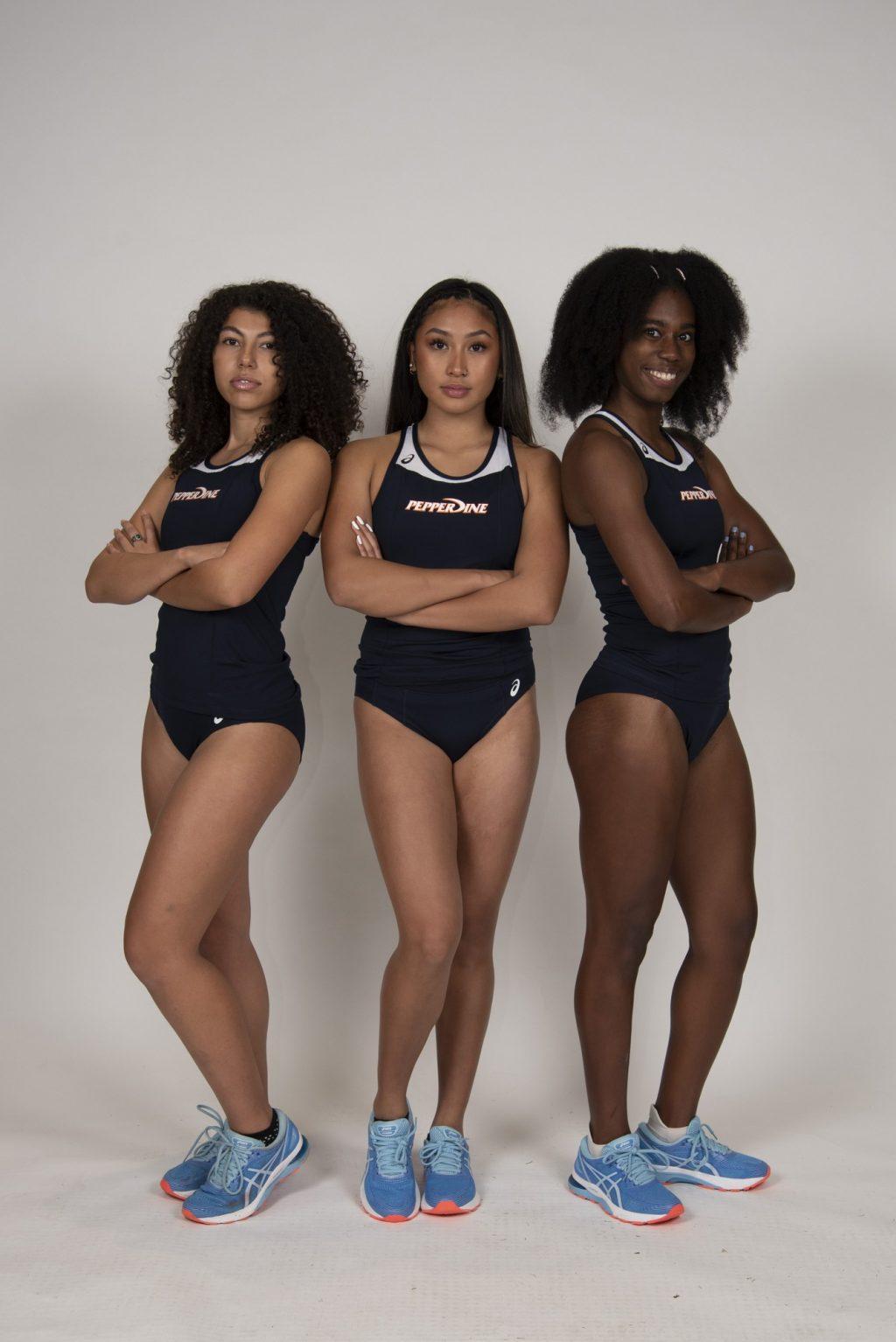 Their second meet Feb. 7–8 yielded improved results. Danley set a new school record in the indoor 5,000-meter run with an 18:29.70, finishing sixth overall. Tongco missed qualifying for the 60-meter dash final by two-hundredths of a second, clocking in at 7.88.

“I like track the best because I can just focus on … going into a race, knowing exactly what times to hit,” Danley said.

Once the women’s team completes their final indoor race, the Boise State Challenge on Feb. 15, both women’s and men’s teams transition to the outdoor season, which exclusively contains meets held in Southern California.

“What I want to do for Pepperdine is to take these kids to a different level … and to be competitive,” Mosqueda said. “A lot of what happens in the winter time is crucial on these little breaks.”

The Men’s Cross Country team finished thirteenth in the NCAA West Regional meet, which was the best in Pepperdine’s history, with Felkins leading the team for the second year in that race. Felkins also holds the track school record in the 10,000-meter run. Sophomores Sports Editor Karl Winter and News Assistant Kyle McCabe guided the team in the regular-season meets. 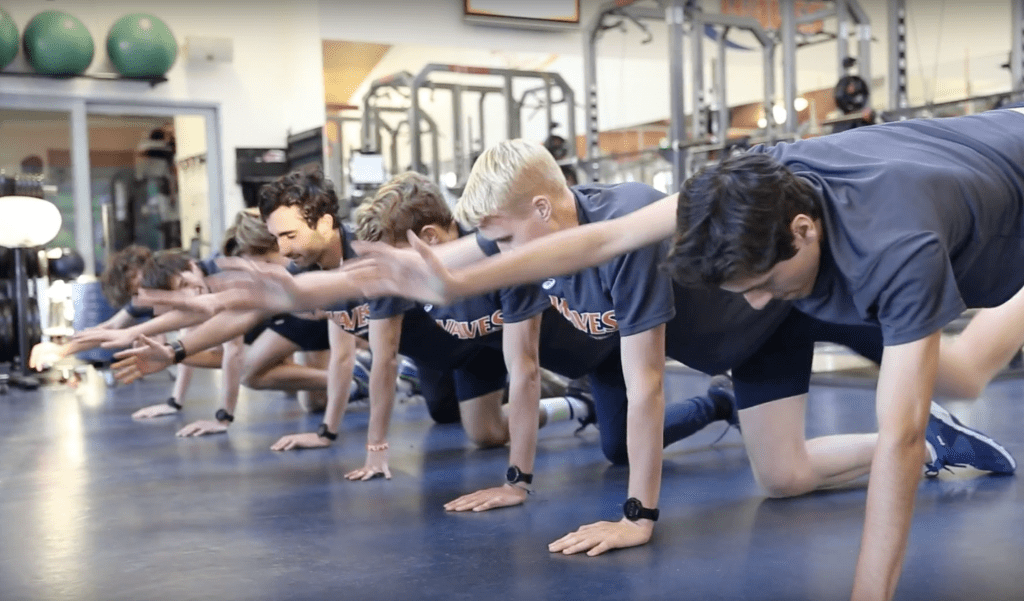 The Men's Cross Country team work out their core in the weight room within the Ralphs-Straus Tennis Center. Photo courtesy of Lindsay Sanger

The women’s team finished thirty-fourth, with Danley finishing first on the team at this meet and for four of the five regular-season races.

Pepperdine will compete in seven regular-season track meets since there is no West Coast Conference meet.

The Waves’ debut outdoor meet is at the University of California, Santa Barbara, on Saturday, Feb. 22.

“I want them to open up strong with a solid time,” Mosqueda said. “I’m the type of coach that makes these huge goals. I make them seem unrealistic, but they are realistic. A lot of people don’t know how good they really are, and it is my job to instill confidence in them.” 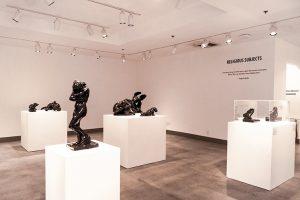 The Rodin and Women exhibit in the Weisman Museum opened to the public on Jan. 18, and will remain open until March 29. The impressive...
Copyright 2018 Pepperdine Graphic
Back to top