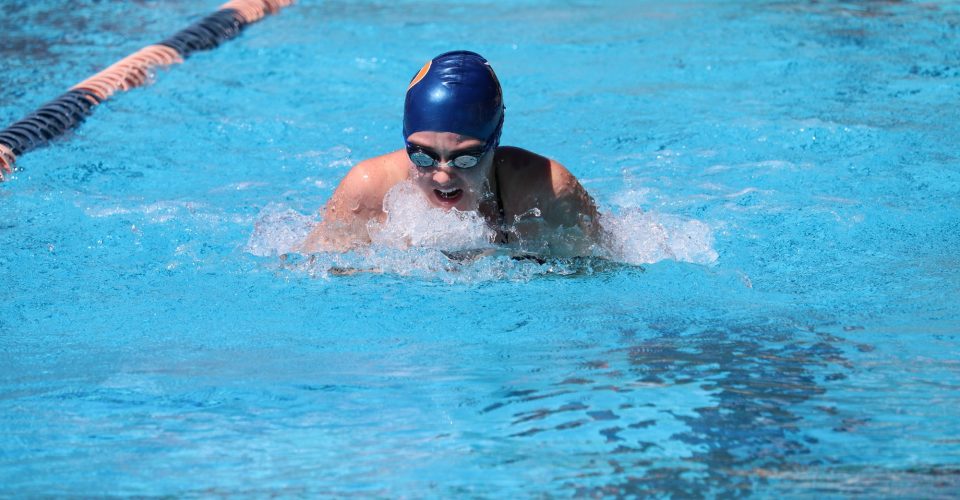 San Diego State was ranked No.15 in the nation by collegeswimming.com and despite several solid performances by the Waves, the Aztecs won the meet 71-53.

“Our girls came out ready to race,” Swim and Dive Head Coach Joe Spahn said. “They went toe to toe with some very talented swimmers.”

The meet was the Waves’ first under Spahn, who formerly coached at the University of Notre Dame.

“I think [Chan] approached it like ‘OK, I’m going to race whoever I can,’ and then she almost beat the San Diego State girl,” Spahn said. “She and everyone else stepped up and raced in the relay as well.”

“Because [the meet] was sprint events only, the meet went really fast and I only had about ten minutes in between races,” Slater said. “I was pretty tired by the end of the day, but it was also fun to just keep it going throughout the meet.”

Slater and Chan were not the only Pepperdine athletes who competed in multiple events in the roughly 90-minute meet, as several other swimmers swam relays and sprint events that they may not necessarily consider their specialty.

In the 50-yard butterfly, freshman Olivia Kayye led the Waves with a time of 27.83 seconds, good for fourth place in the event. In her first meet in the blue and orange, Kayye also swam on the Waves’ second team in both relays, including the breaststroke leg of the 200 medley.

Sophomores Amy Griffin and Trinity Ishikawa added notable marks, including being part of the top 200 free relay team. Griffin had the best time for the Waves in the 50 free, swimming 24.67 for fifth place in the race, and then came right back in the following event to swim 24.49 (the fastest split by a Pepperdine swimmer) in the relay. 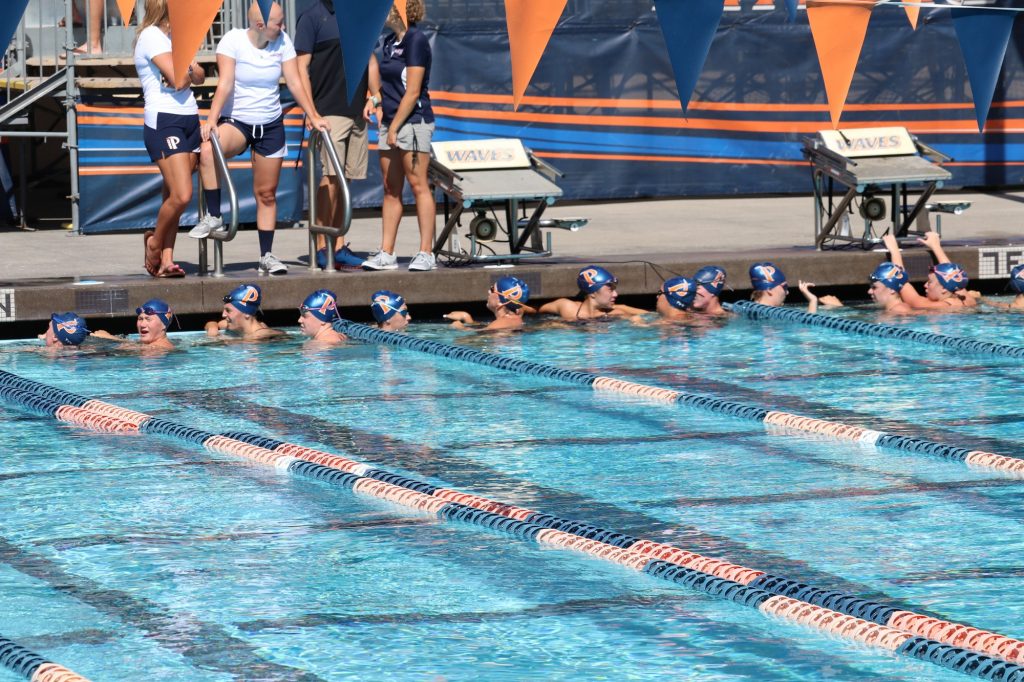 Ishikawa was the second Wave and fourth overall in the 50 back, and she swam just before Griffin in the free relay. Both women also swam the backstroke leg of their respective 200-yard medley relay teams.

“I still felt the adrenaline from the 50 individual so I was ready to knock out the relays with my team,” Griffin wrote in an email.

Ultimately, the powerful Aztecs swept at least the first three places in the medley relay, 50 butterfly and 50 free, which proved too much for the Waves on the scoreboard.

In the diving portion of the meet, which kicked off the competition, senior Taylor Basin led the Waves with 188.75 points. Freshman Paulina Holmberg and senior Lexie Wanninger also competed in the 1-meter dive event, compiling scores of 161.35 and 126.95, respectively.

“[Basin] came out and dove pretty well, as per usual,” Spahn said. “This was [Holmberg’s] first time competing in diving; she’s a national champion trampolinist but she’s picking up diving skills very fast.”

San Diego State fielded eight divers, but those divers did not officially score points for the Aztecs, as they were exhibitioned by coach’s decision.

“After this meet, and the whole season so far, I know that the girls and I are ready to swim some fast races,” Slater said. “We have a lot of potential to do some great things this year.”

Catch Pepperdine Swim and Dive as they remain at home Oct. 12 and 13 for the Malibu Invite, which begins Friday at 8 a.m. at Raleigh Runnels Memorial Pool. The Waves will then have a two week break from competition before traveling to San Diego to square off with the University of San Diego and Pacific Collegiate Swim Conference rival Loyola Marymount University Oct. 26 and 27. 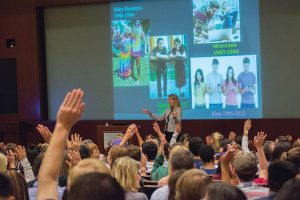 Photos by Sam FinneganToday's generation enjoys the privilege of increased inter-connectedness that comes with smartphone...
Copyright 2018 Pepperdine Graphic
Back to top